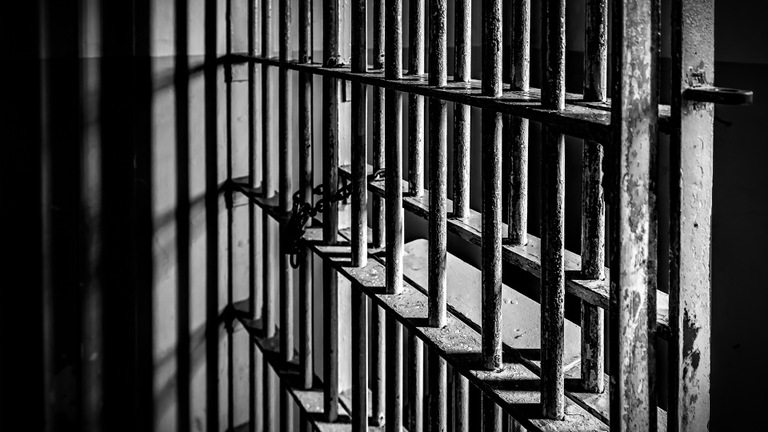 Back in November 2015, a fatal gang-related shooting took place around 9:15 a.m. in front of a day care center in the Bronx, New York, just as parents were dropping their kids off for the day.

The incident was another example of how gang violence spills out into the community in which it’s being perpetrated, threatening the safety and well-being of the general public.

But, as part of a broader and successful joint effort by the FBI’s New York Field Office and the New York City Police Department (NYPD) to protect the public by targeting gang-related violence and drug distribution in the city, investigators identified and eventually apprehended the shooter, who turned out to be a 23-year-old gang member with a long criminal history. And this past February, that gang member—Ruben Pizzaro—was sentenced to 75 years in federal prison for that murder, for participating in a narcotics conspiracy, and for various firearms charges.

According to John Reynolds, one of the New York FBI agents collaborating with NYPD detectives on an ad hoc task force investigating these violent gangs in the Bronx, Pizzaro was a member of a street gang that sold cocaine and crack cocaine in the vicinity of 180th Street and Arthur Avenue in the Bronx. “His victim on that November morning,” said Reynolds, “was David Rivera, a member of a competing drug crew that worked just a few blocks away on Hughes Avenue.” Both criminal organizations had already been in law enforcement’s sights.

Pizzaro’s gang, a faction of a well-known national gang, is a violent enterprise and highly territorial, with a penchant for committing vicious acts against rival gang members. He and his fellow gang members were known to have committed at least three shootings directed at members of the Hughes Avenue drug crew prior to November 2015. Two people were shot during those incidents, and one of those incidents occurred in the immediate vicinity of a middle school.

Rivera’s gang, a faction of another well-known national gang, was also highly competitive, and its members engaged in shootings and other violent acts against rival gang members and others not even associated with gangs. It was a larger operation than the organization Pizzaro belonged to, and it was trying to stop the other gang from encroaching upon its territory.

Reynolds explained that there was also bad blood personally between Pizzaro and Rivera, who had known each other for years. “This wasn’t the first time that there was violence between the two men,” said Reynolds, “and just several weeks earlier, Pizzaro and an associate fired at a group of people on the street that included David Rivera.” He missed Rivera but did injure another man. Two days later, Pizzaro randomly shot a member of Rivera’s gang.

It’s not known what exactly led to the November 2015 shooting, but Pizzaro, with an associate, approached Rivera on the street, began chasing him, and shot him multiple times—all within view of a busy day care center. “Pizzaro calmly walked away,” said Reynolds, “smiling at a mother who was walking her child to the day care and who had witnessed the incident.” Fortunately, a nearby surveillance camera, civilian eyewitnesses, and other investigative efforts led to his identification that same day.

Pizzaro went into hiding, perhaps trying to escape not only law enforcement but also members of Rivera’s gang who were out for revenge. On December 31, 2015, Pizzaro resurfaced, robbing a man in the Bronx and shooting him in the shoulder. The NYPD launched a full-fledged publicity campaign, warning the public about this dangerous fugitive and asking for its help in locating him. It wasn’t long before a tip came in pinpointing Pizzaro’s location.

On January 13, 2016, Pizzaro was found at an abandoned house in the Bronx and, despite an attempt to escape from a second-story window, was quickly taken into custody.

He was tried in federal court, and a jury—convinced by the evidence collected by FBI and NYPD investigators—found him guilty on June 13, 2017.

Reynolds said the cooperation in this case between the FBI and NYPD couldn’t have been more seamless, with “both agencies sharing information and contributing their unique talents, expertise, and resources.”

He added, “It was important to get a violent individual like Pizzaro off the streets, not only to protect the community but to also send a message to other gang members that the FBI, with its local partners, will continue to target and dismantle these dangerous criminal groups that terrorize neighborhoods.”

Reynolds also said that separate FBI activity focused on the gang Rivera belonged to was able to dismantle its operations after getting indictments of the organization’s four top leaders. Three have been convicted—including two guilty pleas—and two of the three have already been sentenced, including the head of the criminal enterprise who got 25 years. The fourth defendant is awaiting trial.

The FBI and the NYPD, according to Reynolds, continue working together to this day to protect the people of the Bronx and the other New York City boroughs from the scourge of criminal organizations that disrupt communities with their gang violence, illegal drugs, and other criminal activities—just as other FBI field offices around the country do in partnership with their local law enforcement agencies.

“Pizzaro calmly walked away, smiling at a mother who was walking her child to the day care and who had witnessed the incident.”

A fugitive from a 1999 Indiana molestation case was apprehended in Oregon in 2016 through facial recognition software and the efforts of an FBI agent who was an Indiana State Police trooper when the crime occurred.

The owner and operator of a hugely popular—and illegal—download service that provided copyrighted music for free will be spending time behind bars for a scheme that caused estimated losses of more than $6 billion.