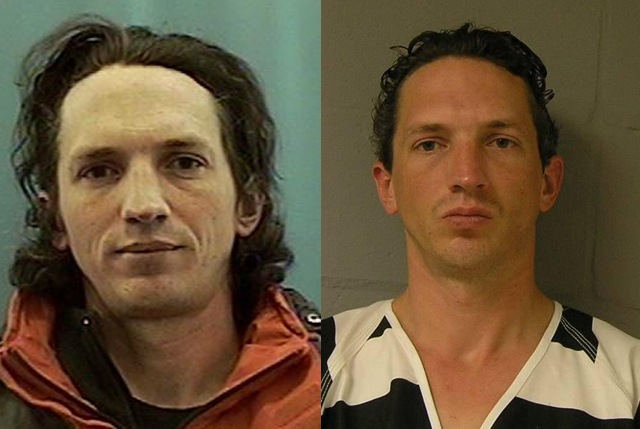 Israel Keyes is believed to have committed multiple kidnappings and murders across the country between 2001 and March 2012. The FBI is seeking assistance in developing more information about his travels to identify additional victims. Anyone with information concerning Keyes is encouraged to contact the FBI at 1-800-CALL-FBI.

After Israel Keyes was arrested for the murder of 18-year-old Samantha Koenig in Alaska in 2012, authorities realized that the man they had in custody was a prolific serial killer. Keyes freely admitted as much.

During conversations with investigators, the 34-year-old sometime construction worker revealed the names of two additional victims—along with tantalizing clues about other murders he had committed around the country over a period of years. But last December, Keyes killed himself in his Anchorage jail cell, leaving a trail of unanswered questions and unidentified victims.

Those victims have not been forgotten, however. Today we are releasing new information in the hopes that the public can help us identify others who died by Keyes’ hands. The information includes extensive videotaped conversations with Keyes in jail and an interactive map that contains a detailed timeline of his known movements beginning in 1997.

“He gave us a number of clues,” said Special Agent Jolene Goeden in our Anchorage Division. “He talked openly about some of the homicides, but much of what he said only hinted at the things he had done. So we are trying to get information out there about what he did tell us. We are letting the public know the types of cars he rented, towns he visited, campgrounds he frequented. Anything that might spur someone’s memory could help us,” Goeden said.

Apart from Koenig, who was abducted from the Anchorage coffee stand where she worked, and Bill and Lorraine Currier, a middle-aged married couple who were murdered in 2011 in Vermont, Keyes discussed “seven or eight other victims,” Goeden said. “We want to identify them.”

Investigators believe that Keyes killed and buried a victim in upstate New York in April 2009. “He also told us about a couple in Washington state, another victim in that area, and possibly others in surrounding states,” Goeden said.

FBI agents are working with law enforcement around the country to link Keyes to open cases. “If we have a missing person identified in a particular area, we work closely with that local police department to either connect the person to Keyes or not,” Goeden explained. “We have his DNA.”

It’s a painstaking process, made more complicated because Keyes was meticulous about covering his tracks. In the Currier case, for example, he flew from Alaska to Chicago, rented a car, and drove 1,000 miles to Vermont, where he searched for victims. He chose the Curriers at random.

Keyes also left “murder kits” in various locations around the country that contained, among other items, weapons and cash—the money came from bank robberies he committed to support his criminal activities. The caches provided further cover because Keyes didn’t have to risk boarding an airplane with a weapon or using credit cards that could later connect him to a crime in a particular area.

“Although he chose many of his victims randomly, a tremendous amount of planning went into these crimes,” Goeden said. “Keyes enjoyed what he did, and he had no remorse at all. He told us if he hadn’t been caught, he would have continued kidnapping and murdering people.”

We need your help. If the videos or map regarding Israel Keyes’ movements spark any memories, or if you have any information regarding Keyes, please contact your local FBI office or submit a tip online.

“That fact that Keyes is dead makes it more difficult for us,” Goeden said, “but the investigation absolutely continues.” 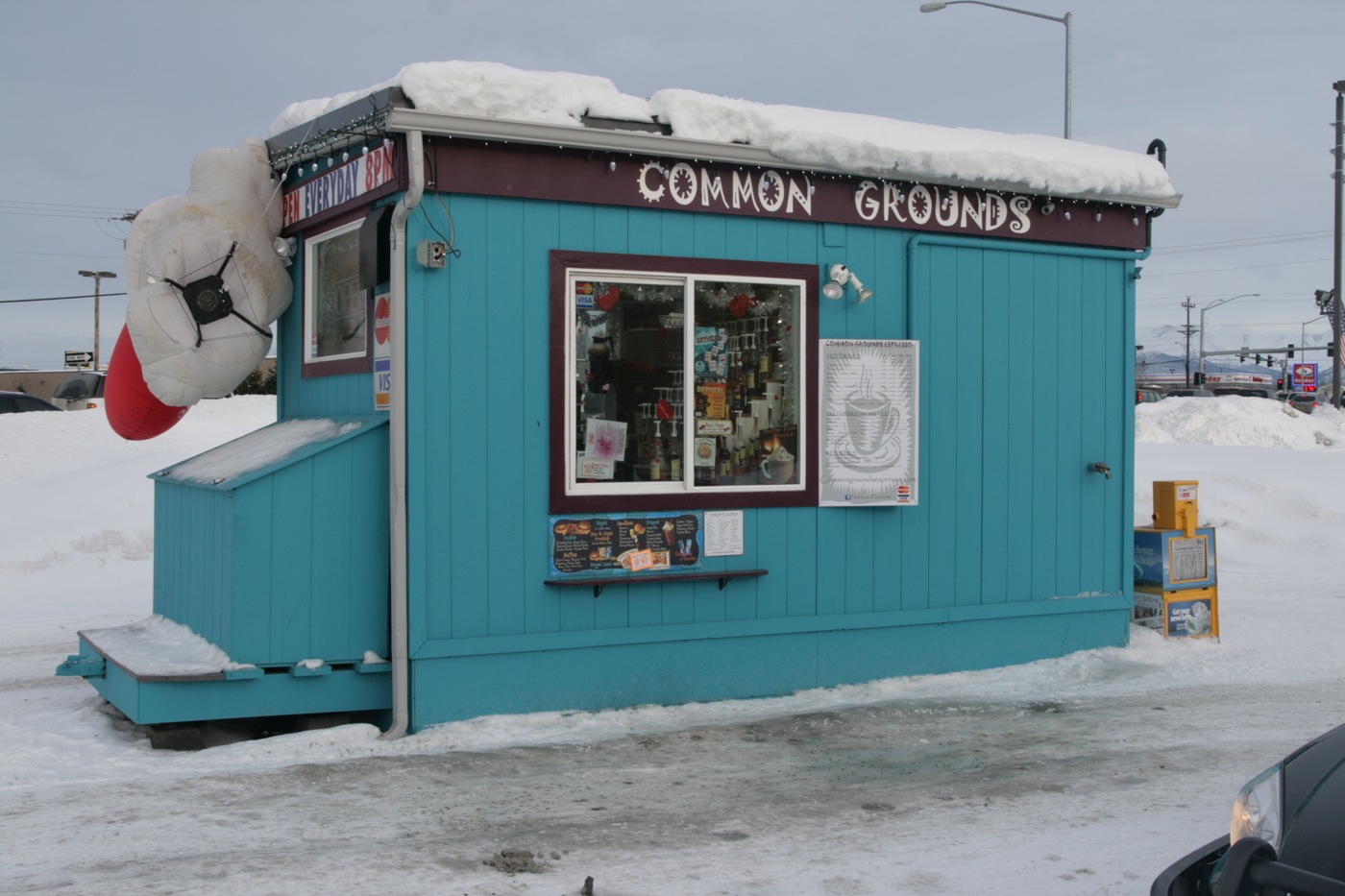 Israel Keyes abducted Samantha Koenig from the Common Grounds coffee stand on Tudor Road in Anchorage, Alaska on February 1, 2012 and took her against her will to his white pickup truck that was parked across the street. The charges against Keyes alleged that he confined her and intentionally killed her early the next morning. 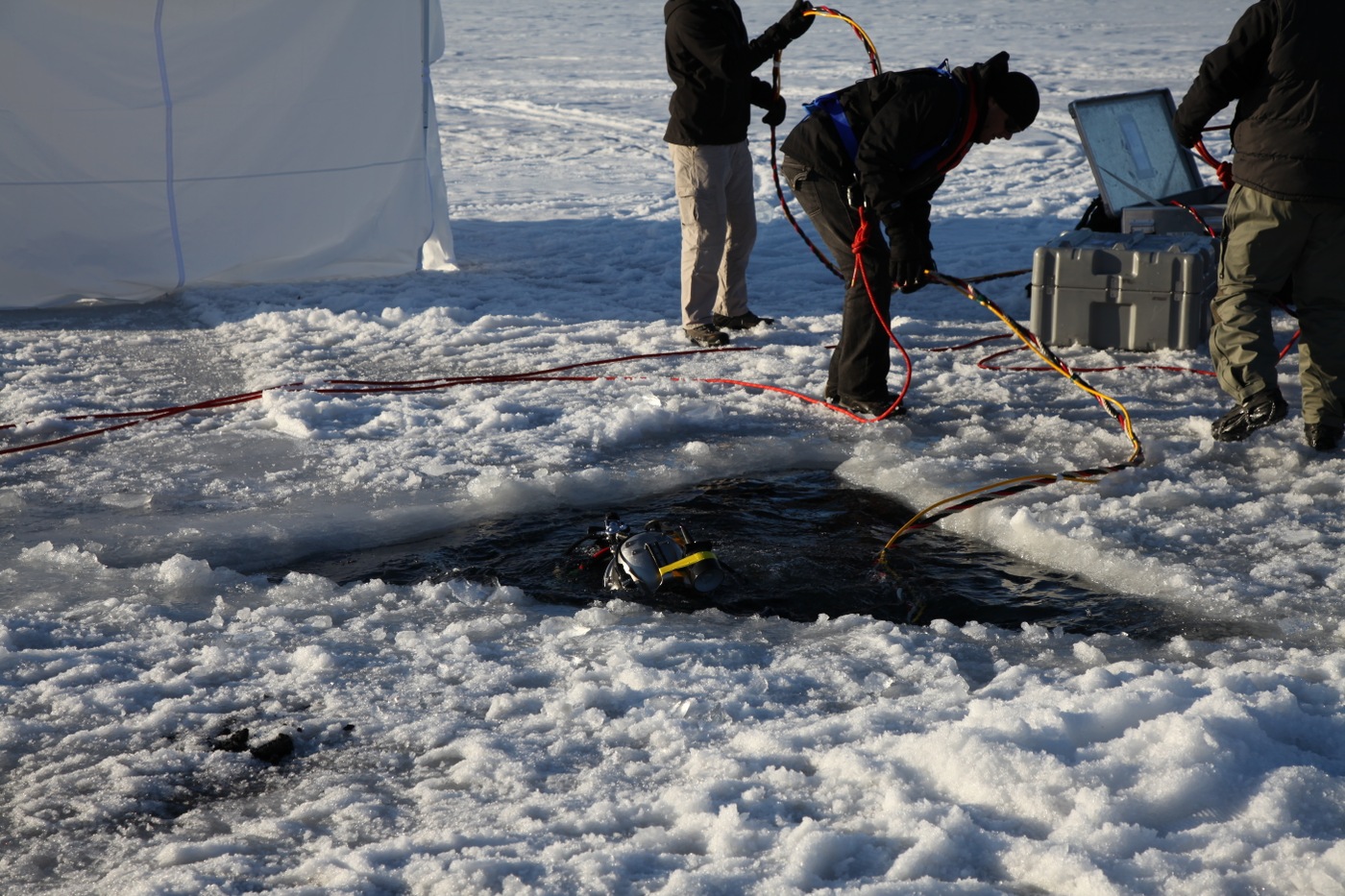 Members of the FBI dive team, working with Anchorage Police and Alaska State Troopers, search Matanuska Lake in Anchorage for Samantha Koenig’s body on April 2, 2012. Keyes was indicted on April 18 in connection with Koenig’s murder. 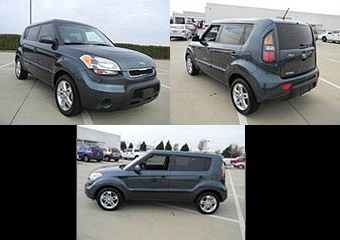 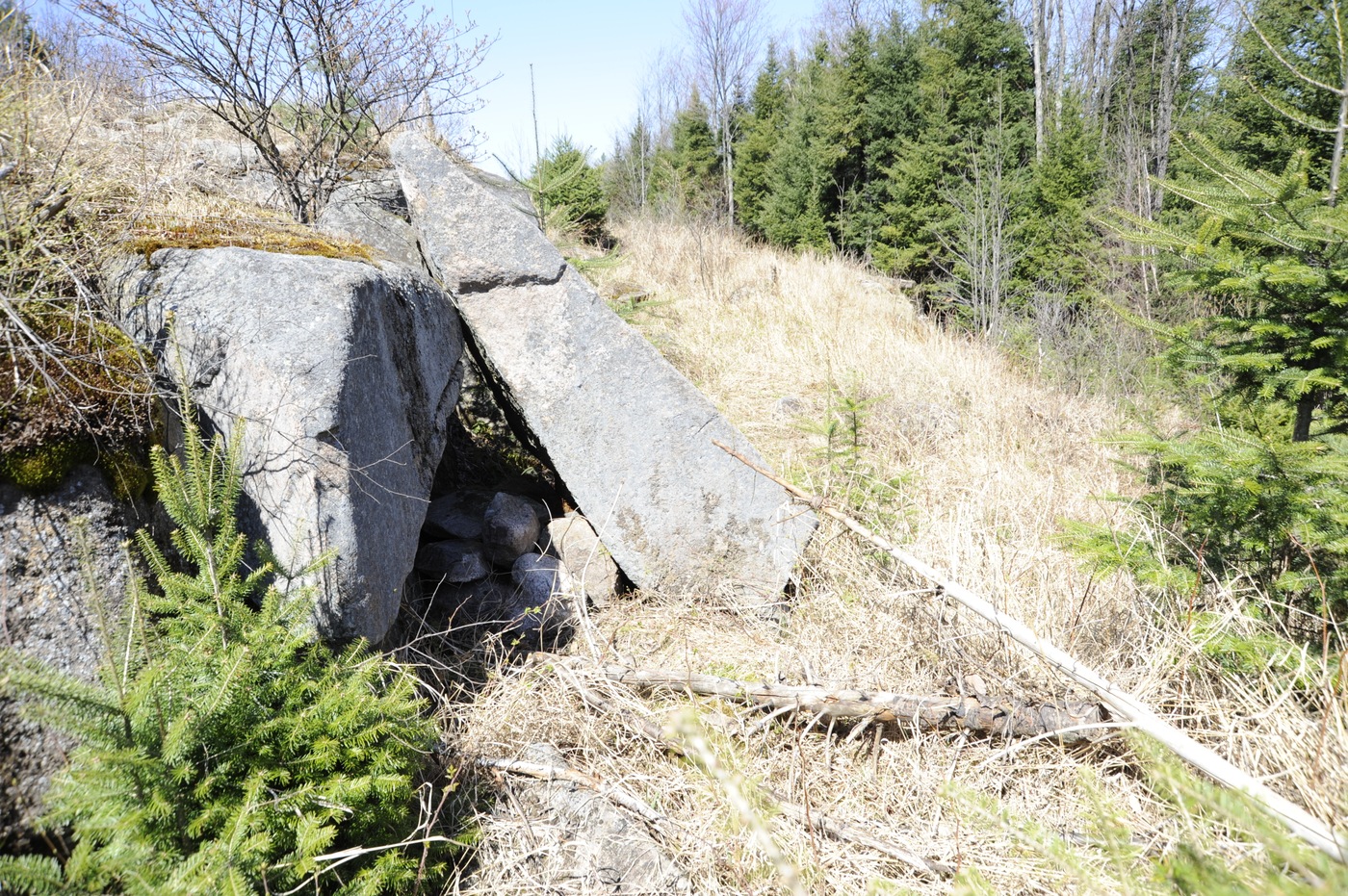 Israel Keyes is believed to have committed multiple kidnappings and murders across the country between 2001 and March 2012. Below are five interviews investigators conducted with Keyes following his arrest in March 2012.

Anchorage FBI Special Agent Jolene Goeden, in an interview, described some of the aspects of the Israel Keyes case. Goeden, along with other FBI agents, Anchorage Police detectives, federal prosecutors, and law enforcement partners, conducted over 40 hours of interviews with Keyes.

﻿‘We Believe There are 11 Victims Total’

We believe there are 11 victims total, and that is based primarily on what Keyes told us. He was evasive ... he was very evasive at times during interviews, and he told us when we tried to pin him down on a number that it was less than 12. But then there were things that he would say that led us to believe that by ‘less than 12,’ he simply meant 11, and so he was quick to correct us in interviews if we had something wrong. There were several times where we just threw out statements like 'your 11 victims' and things like that and he didn’t correct us, so based on that and some additional things that he said, we believe the number is 11.

Keyes was very meticulous, his crimes were very well thought out, there was nothing that was spur of the moment or he just went out one day and decided to do something. Everything was meticulously planned, and our interviews with him were the same from his standpoint. I never got the sense that he accidentally told us something or got angry and riled up and something flew out of his mouth. My sense was that he knew every time he came in kind of what he was going to give us that day.

‘He Really Came to Terms with Who He Was’

Transcript | Download Agent Describes Aspects of Israel Keyes Case: He Came to Terms with Who He Was

He said that it was in his early 20s, mid 20s, that he really came to terms with who he was, recognizing that he was different then other people and that he had these urges and that there wasn’t… he tried to initially blame it on Satan and religious things on why he was like this and a number of different things and then he ultimately realized that that’s just who he was and he accepted that. I think that as he began to do that, it became easier for him to do. He enjoyed—he talked about enjoying the fact that he was two different people and really being able to play that off and that people had absolutely no idea what he was doing. He even referenced times where he would be at his job when he was living in Washington and people would talk about criminals and how stupid they were and how they did this to get caught or that to get caught, and how he enjoyed those kinds of conversations because people had no clue was he was doing.

﻿‘He Enjoyed What He Did’

Transcript | Download Agent Describes Aspects of Israel Keyes Case: He Enjoyed What He Did

﻿‘He Wanted the Death Penalty’

There is no one who knows me, or who has ever known me, who knows anything about me, really. They’re going to tell you something that does not line up with anything I tell you, because I’m two different people, basically. And the only person who knows about what I’m telling you—the kind of things I’m telling you—is me.

Wanted by the FBI Podcast 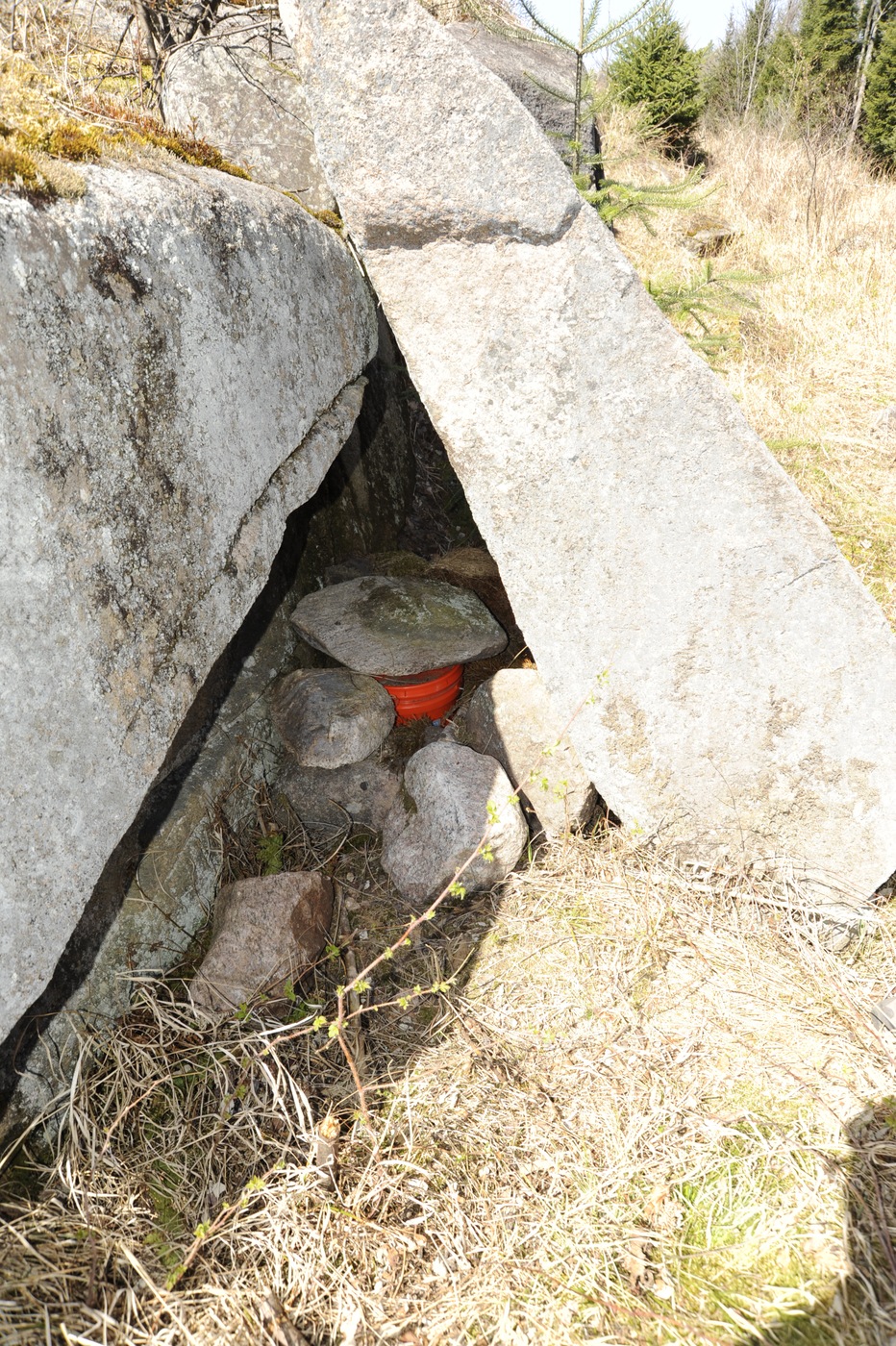 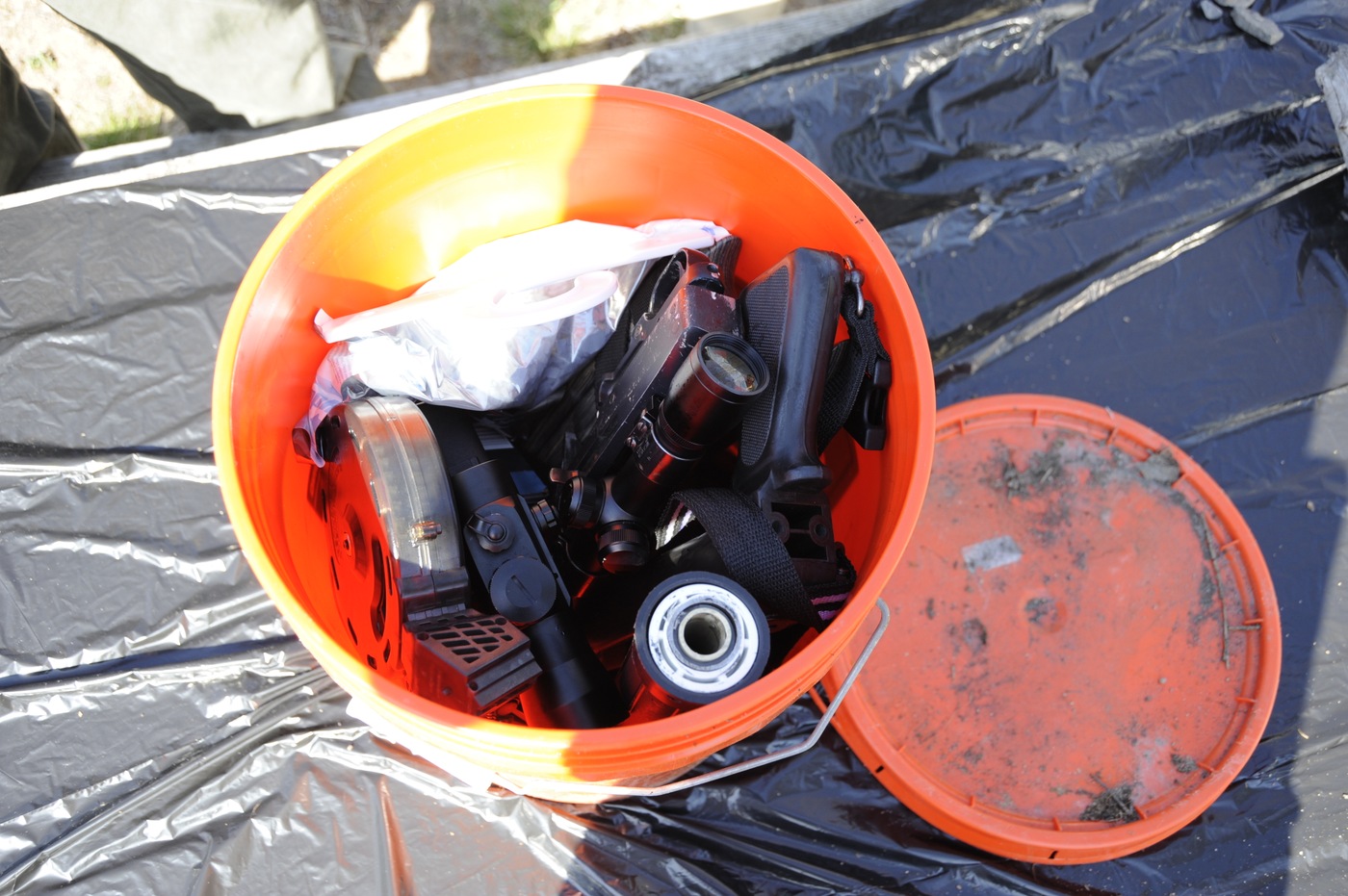 Keyes’ cache in New York was stowed in a watertight bucket. Materials inside included a .22-caliber Ruger weapon without a stock, empty magazines, ammunition, and a silencer. 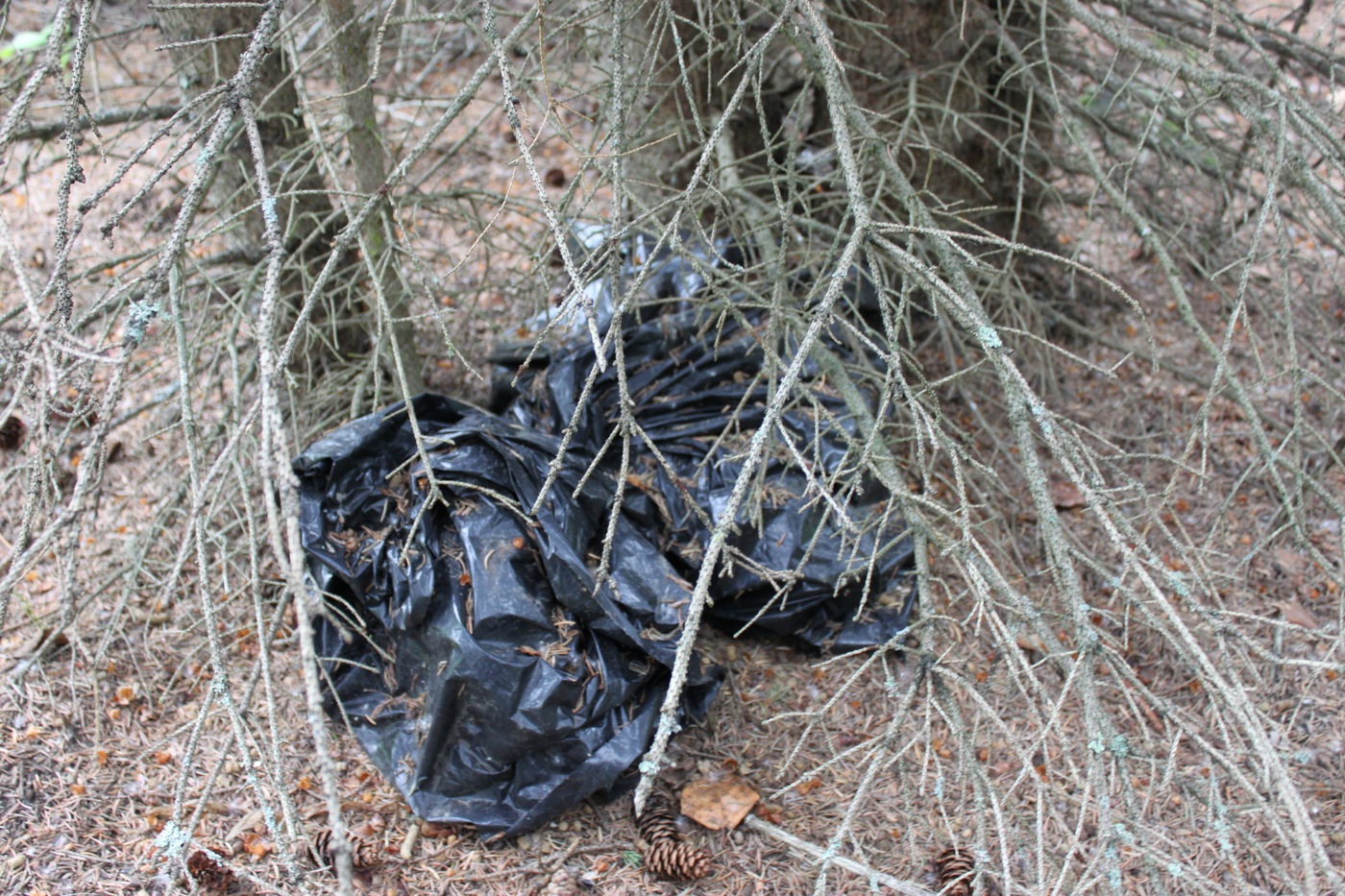 Close-up of the cache on Eagle River. 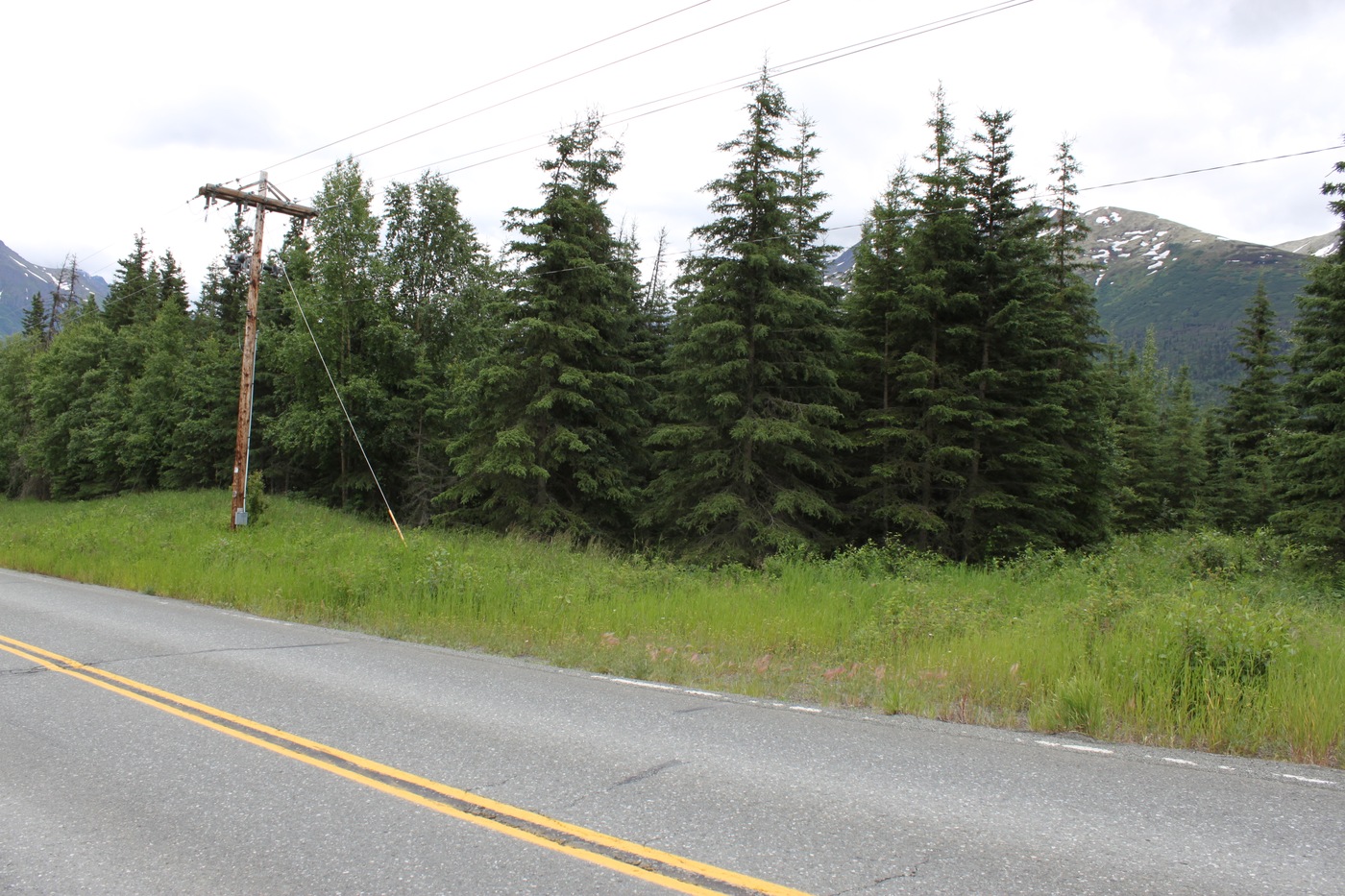 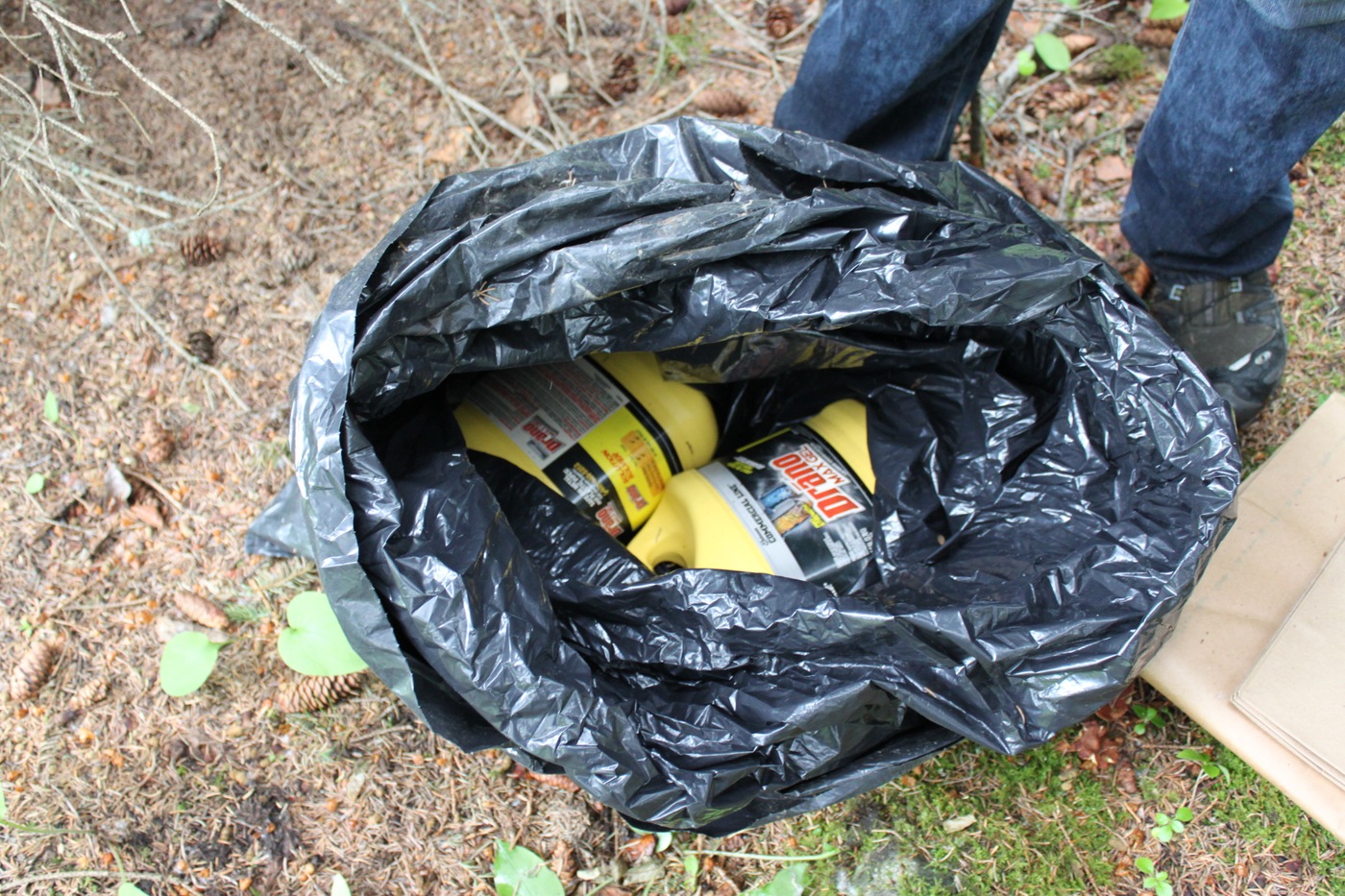 Keyes’ cache in Alaska included materials that would speed the decomposition of a body. 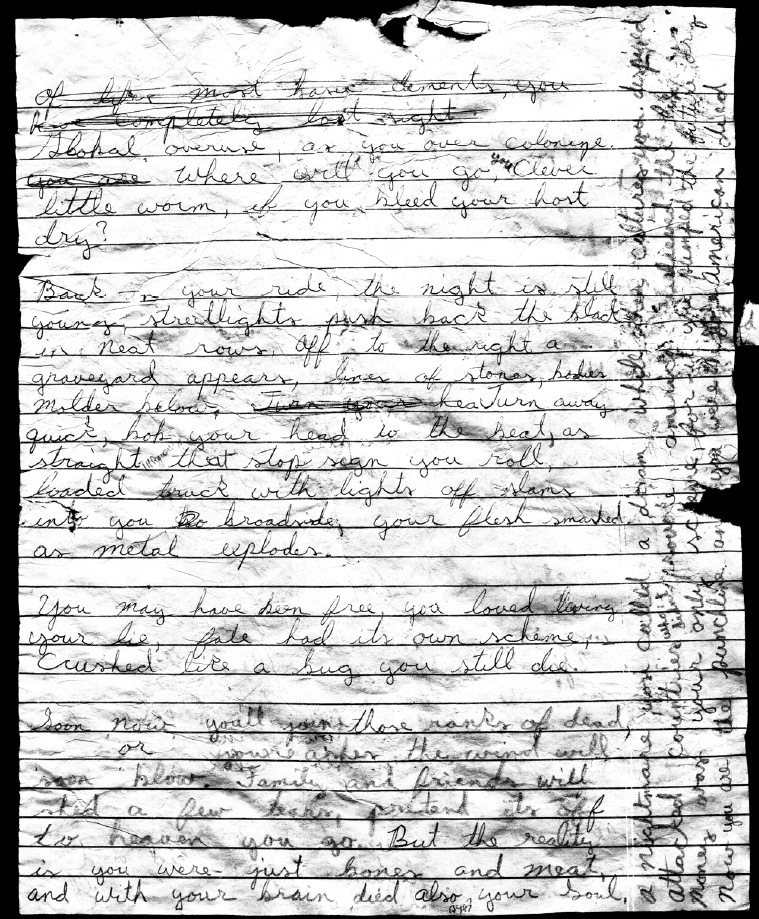 The FBI released writings found in Israel Keyes’ jail cell at the time of his suicide on December 2, 2012. The writings, a combination of pencil and ink on yellow legal pad, were discovered beneath Keyes’ body, illegible and covered in blood. Because of their initial condition, the writings were sent to the FBI Laboratory in Virginia for processing. The FBI concluded there was no hidden code or message in the writings. Further, it was determined that the writings do not offer any investigative clues or leads as to the identity of other possible victims. The FBI does not offer any commentary as to the meaning of these writings. 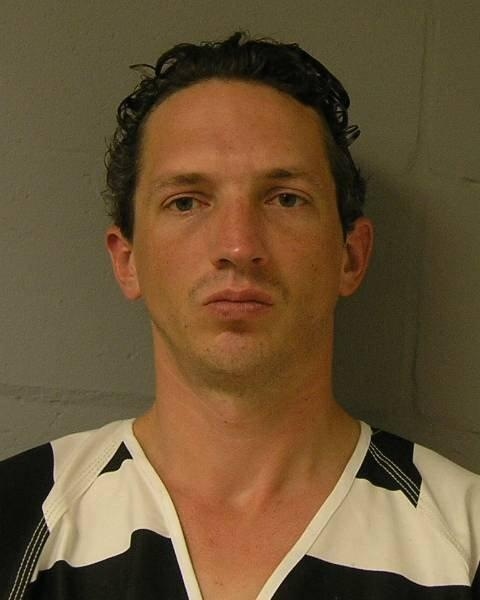 Controlling Until the End

Israel Keyes’ suicide in jail in December 2012 surprised FBI investigators and members of the Anchorage Police Department working on the case. Since his incarceration earlier that year, he had been talking—apparently enjoying the cat and mouse game with investigators who were trying to get information about his other victims.

In return for the clues he gave, Keyes wanted things as well. “He wanted to avoid numerous trials in different jurisdictions,” said Special Agent Jolene Goeden. “Ultimately, he wanted the death penalty and he wanted it quickly. He didn’t want to sit in jail for a long period of time.”

Although Keyes seemed at times cooperative, Goeden said he was very careful about divulging information and was always in control of what he said. “His crimes were meticulously planned, and our interviews with him were the same in a way,” she said. “I never got the sense that he accidentally told us something or got angry and something flew out of his mouth. My impression was that he always knew what he was going to give us.”

In the end, Keyes exercised the only control he had left by taking his life. “He talked about not wanting to spend the rest of his life in jail, and I know he was getting frustrated with the system and how long things were taking,” Goeden said.

The information depicted when selecting the pinpoints on the map lists the known travels and activities of Israel Keyes from 1997 to 2012; the same information is also listed chronologically below the map.