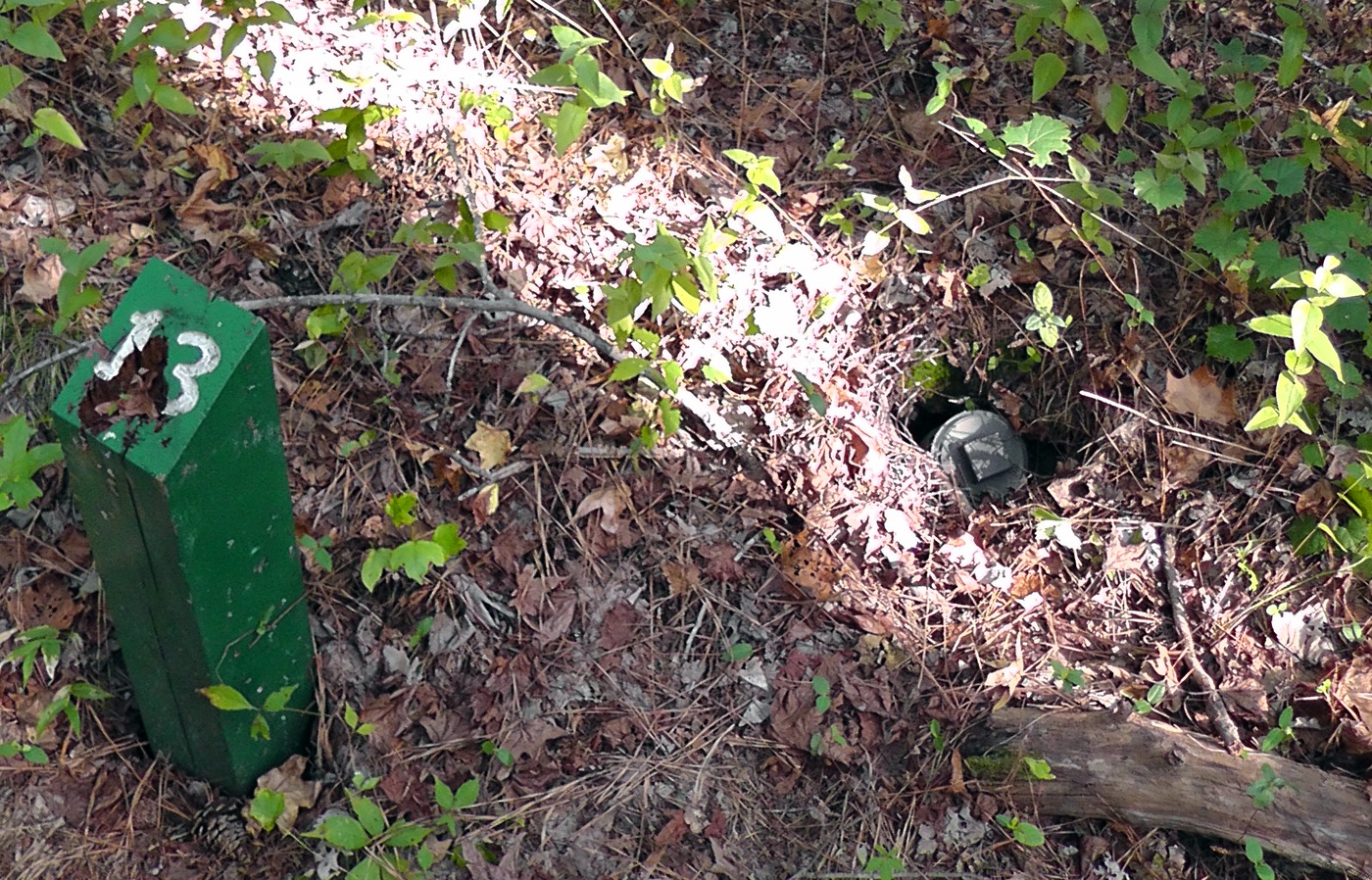 The dead drop area in a Virginia park that was used by Navy civilian engineer Mostafa Ahmed Awwad to pass sensitive information on the USS Gerald R. Ford, a new aircraft carrier currently under construction.

In the fall of 2014, civilian engineer Mostafa Ahmed Awwad provided schematics of the U.S. Navy’s newest nuclear aircraft carrier—the USS Gerald R. Ford—to an individual he thought was an Egyptian intelligence officer. At the time, Awwad was an employee of the Norfolk Naval Shipyard in Portsmouth, Virginia, and had access to naval nuclear propulsion information.

His actions could have potentially compromised the safety of some 4,000 American sailors who will be serving on the USS Gerald R. Ford after it joins the fleet of Navy vessels sometime next year—and the security of our nation in general. Fortunately, Awwad’s Egyptian contact turned out to be an undercover FBI agent. And last month, Awwad was sentenced to 11 years in prison after pleading guilty earlier this year to attempted espionage.

After joint investigative efforts between the FBI and the Naval Criminal Investigative Service (NCIS), an undercover Bureau agent reached out to Awwad by telephone in September 2014 and, speaking Arabic, asked to meet with him. Without asking any questions, Awwad agreed.

The two discussed how they would remain in future contact—through coded e-mail communications and dead drops in a concealed location in the park.

In October 2014, at Awwad’s request, the two men met in a hotel room in Norfolk. During that meeting, which was also recorded, Awwad gave the undercover agent electronic copies of schematic drawings of the USSGerald R. Ford, which clearly contained numerous markings warning against disseminating the information publicly. Awwad said he planned to obtain additional information concerning the tools and the technology necessary to build the carrier and also pointed out on the schematics vulnerable areas where a strike could cause an explosion significant enough to sink the carrier.

During this same meeting, Awwad described for the agent his plans to circumvent Navy computer security by installing software on his restricted computer that would enable him to copy documents without triggering a security alert. He also asked for money to buy a pinhole camera, which he intended to use throughout the shipyard to take pictures of restricted material.

And finally, Awwad told the agent that going forward, the two would communicate primarily through e-mail. The engineer, admittedly fearful of being caught by the FBI, instructed the agent to create 24 fake e-mail accounts that should be used only once and then deleted. He also asked for an escape plan in the event his activities were detected by the FBI.

Over the next month or so, Awwad and the undercover agent e-mailed numerous times and met again in a hotel. Awwad was also recorded servicing the dead drop location in the Hampton park, picking up $3,000 left by the agent at Awwad’s request so he could purchase a laptop and dropping off an external hard drive of additional schematic drawings and two photos to be used for producing a fraudulent passport.

All the while, there was no doubt that Awwad understood that the “Egyptian representative” he was dealing with would be passing the stolen information to the Egyptian government.

Why did he do it? Awwad told our undercover agent that he was motivated to use his position to steal nuclear and defense secrets from the U.S. to aid Egypt in building a more robust defense. And at one point, he said he wanted to go to Egypt to meet personally with high-ranking intelligence and military officials to get a better idea on exactly what information they would want him to collect.

But he never got the chance. Awwad was taken into custody on December 5, 2014, following another meeting with our undercover agent.

The USS Gerald R. Ford is still under construction, but when completed, it will be the most advanced aircraft carrier in the world and the first in a new class of carriers. As a result of the joint FBI/NCIS efforts in this case, according to FBI Assistant Director Randall Coleman, “We prevented the loss of billions of dollars in research costs and the exposure of potential vulnerabilities to our newest generation of nuclear aircraft carrier.”

The FBI and the Oakland Police Department have formed a unique partnership.

Former Ohio deputy treasurer returns from Pakistan to face justice for his crimes.