National Security Summit Focuses on the State of U.S. Intelligence 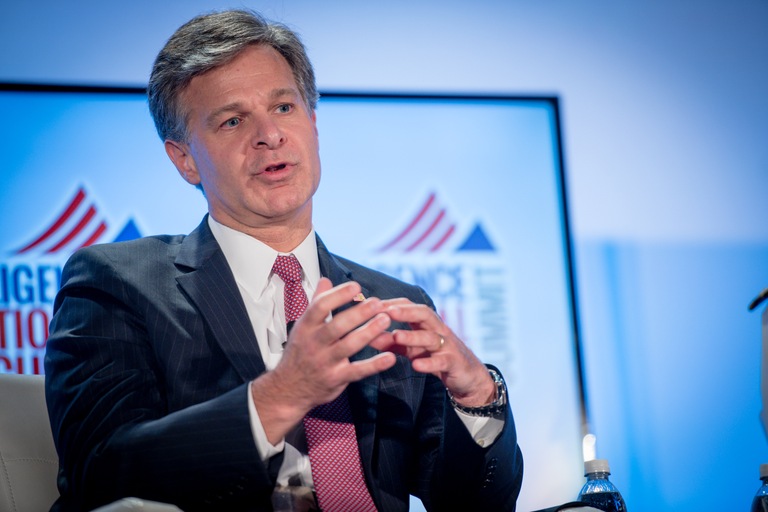 The FBI is working tirelessly to stay ahead of the evolving terrorist threats facing the United States—including small-scale attacks that are often difficult to disrupt, FBI Director Christopher Wray said today during a meeting of intelligence and national security leaders.

Speaking at the Intelligence and National Security Alliance Summit in Washington, D.C., Wray said that while large-scale terrorist strikes like the September 11 attacks remain a threat, violent radicals are increasingly engaging in smaller plots on vulnerable soft targets that are planned quickly, decreasing the amount of time the FBI and other law enforcement agencies have to intervene.

“If the lifespan is much shorter, which it is with a lot of the homegrown, violent extremist types of situations, the need for us as a community to be more agile … is much greater,” Wray said.

The summit is an annual conference for government, military, and private-sector personnel, sponsored by national security industry groups AFCEA International and the Intelligence and National Security Alliance. This year’s theme was “The State of U.S. Intelligence: A Time of Transition, Challenge, and Innovation.”

The leaders on Wray’s directors’ panel discussed a variety of intelligence topics, touched on national security investigations, and took questions from the audience. 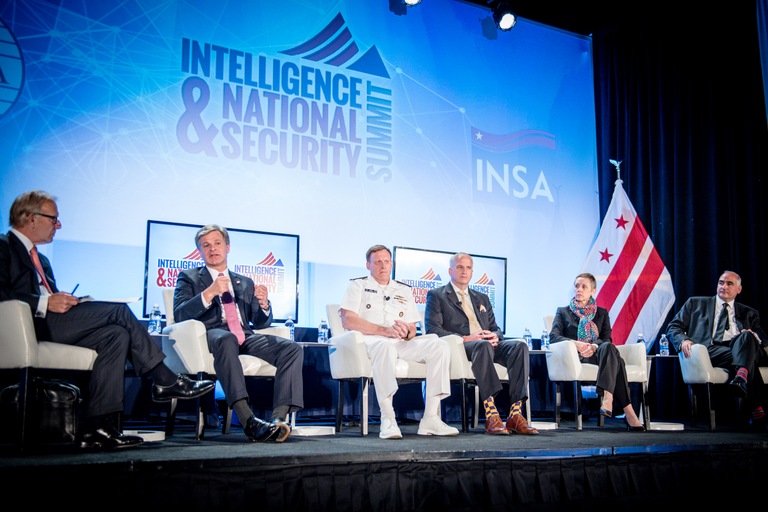 When asked about his thoughts on assuming leadership of the FBI, Wray said the organization has grown since he initially worked with the Bureau during his earlier career as a Department of Justice prosecutor and administrator. He cited the organization’s efforts to keep up with technology advancements, the growth in partnerships, and expansion of the intelligence program as positive changes he has noted since his term began last month.

“The things that were great about the Bureau still are great about the Bureau,” Wray said. “People are mission-focused. No matter what job they have, they’re very passionate about it. They are determined to be the best at what they do.” He added that employees “bring the kind of integrity that I always found so attractive when I was working with them as a line prosecutor and later in main Justice after 9/11.”

Partnerships and intelligence are two key factors in staying ahead of the threats posed by terrorists, hackers, and criminals, Wray said. The FBI is “very focused on building ties with all of the communities it protects,” he explained, noting how much the organization’s partnerships with state and local police and the private sector have expanded in recent years.

“People are mission-focused. No matter what job they have, they’re very passionate about it.”

An FBI-led task force in Idaho helped put 11 members of a drug ring behind bars—but the work to combat gangs and criminal networks that profit from dealing methamphetamine and other illicit drugs in the area continues.

Federal authorities are issuing warnings to potential donors wishing to aid victims of Hurricane Harvey that unscrupulous scammers may set up shop in the storm’s wake.