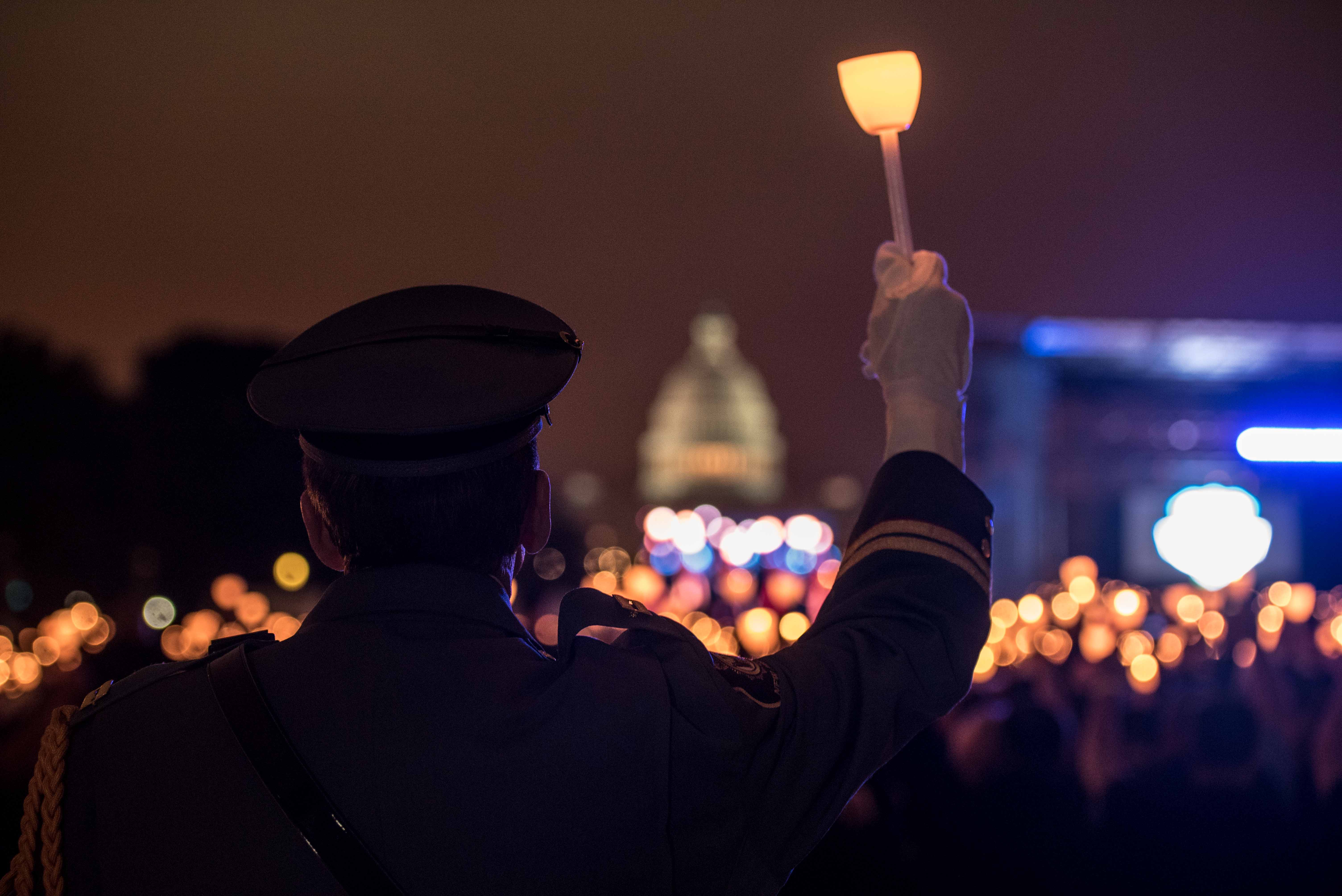 A candlelight vigil Sunday for law enforcement officers who have died in the line of duty drew thousands of observers to the National Mall in Washington, D.C., and was the signature event of National Police Week, an annual tribute to law enforcement officers across the U.S. who have paid the ultimate sacrifice. In 1962, President John F. Kennedy designated May 15 as Peace Officers Memorial Day and the week in which that date falls as Police Week.

The vigil came a few days after the Special Agent Memorial Service at FBI Headquarters honoring the memories of fallen FBI agents. The annual service dates back to 1979, when three agents were killed in the line of duty.

Speaking at the private gathering on May 9, Director Christopher Wray issued a solemn reminder that the men and women who work in law enforcement—along with their families—willingly bear a special burden. “Every day, when agents pick up their badges, they know they might not return home at night,” Wray said. 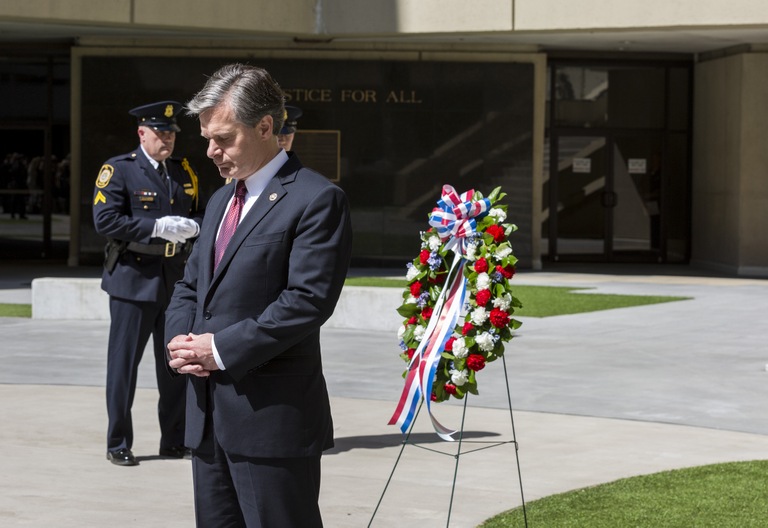 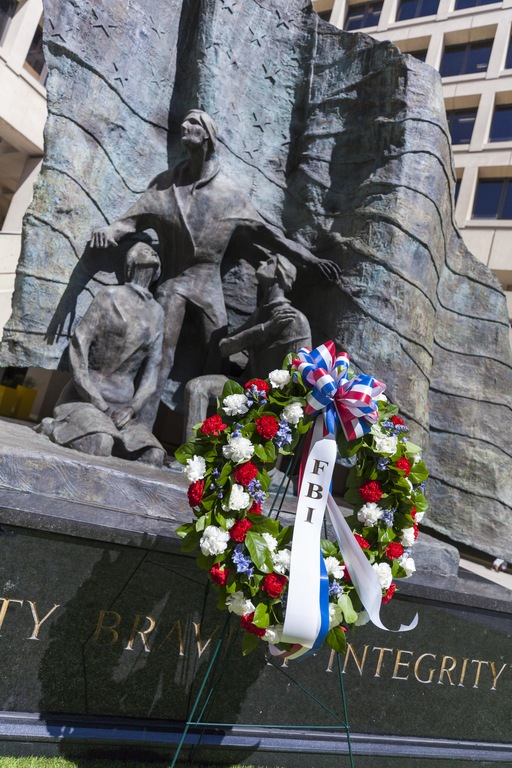 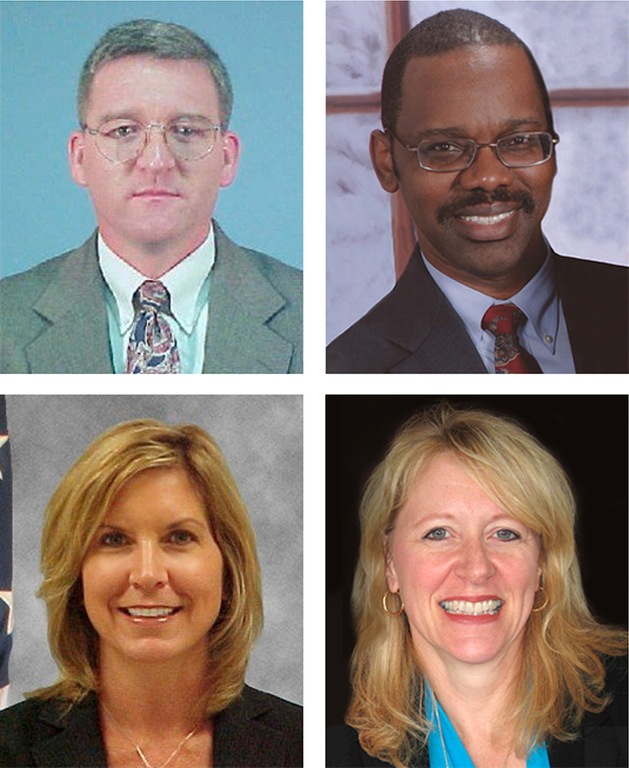 FBI Director Christopher Wray during the Special Agent Memorial Service, held in the courtyard of FBI Headquarters on May 9, 2018. The annual ceremony includes a wreath-laying and honors the memories of special agents who have made the ultimate sacrifice. Among the 70 agents who have died in the line of duty are four—Rex Stockham, Rickey O’Donald, Laurie Fournier, and Melissa Morrow—whose names were added to the Bureau’s memorial Wall of Honor this year (clockwise from top left in composite image).

Among those honored at last week’s service were four agents—Laurie Fournier, Rickey O’Donald, Rex Stockham, and Melissa Morrow—whose names were added to the Bureau’s memorial Wall of Honor this year; three of these agents responded to the 9/11 attacks and died as a result of illnesses linked to their exposure to toxic materials. Seventy agents have died in the line of duty since the Bureau’s founding in 1908.

“Their deaths remind us all that the safety and security we enjoy come at great cost,” Wray said. 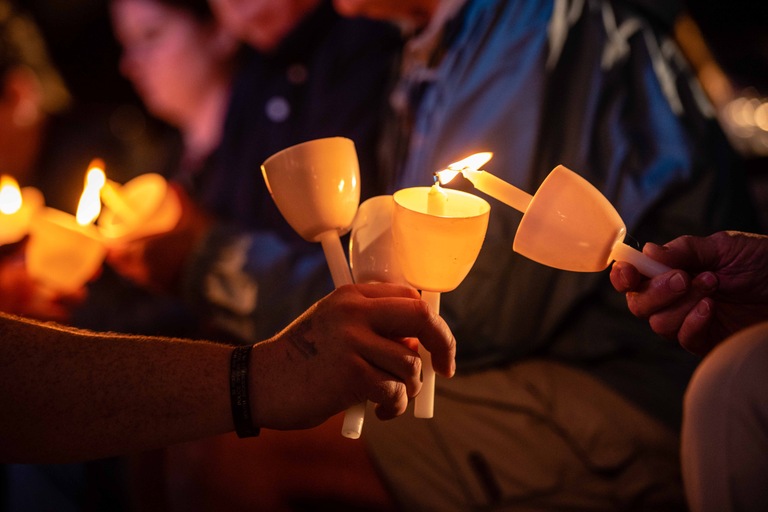 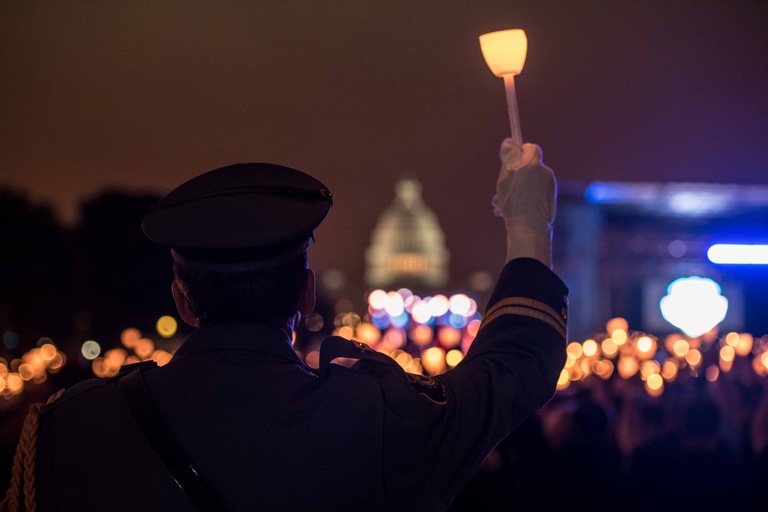 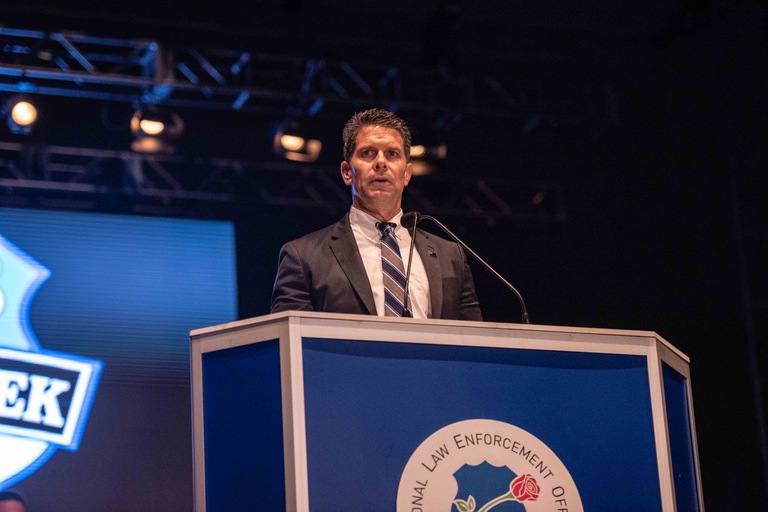 FBI Deputy Director David Bowdich reads the names of fallen officers during the 30th annual candlelight vigil, held May 13, 2018 on the National Mall in Washington, D.C. The vigil is the signature event of National Police Week observations.

The losses were underscored by the May 10 release of FBI statistics reporting that 93 law enforcement officers were killed in the line of duty in 2017. Of those deaths, 46 were felonious and 47 were accidental.

Police Week regularly draws 25,000 to 40,000 visitors to the nation’s capital and comprises several events, including some, like the FBI service, that occur prior to the observed week. Among the events leading up to and during Police Week this year were the annual Blue Mass at St. Patrick’s Catholic Church; the first annual Police K-9 Memorial Service at the National Law Enforcement Officers Memorial; a 5K fundraising run; the arrival of the Police Unity Tour, where more than 2,000 bicycle riders simultaneously arrive in Washington after traveling for days from cities around the country; the aforementioned 30th annual candlelight vigil; and the 37th annual National Peace Officers Memorial Service at the U.S. Capitol, which was followed by a wreath-laying ceremony at the National Law Enforcement Officers Memorial. 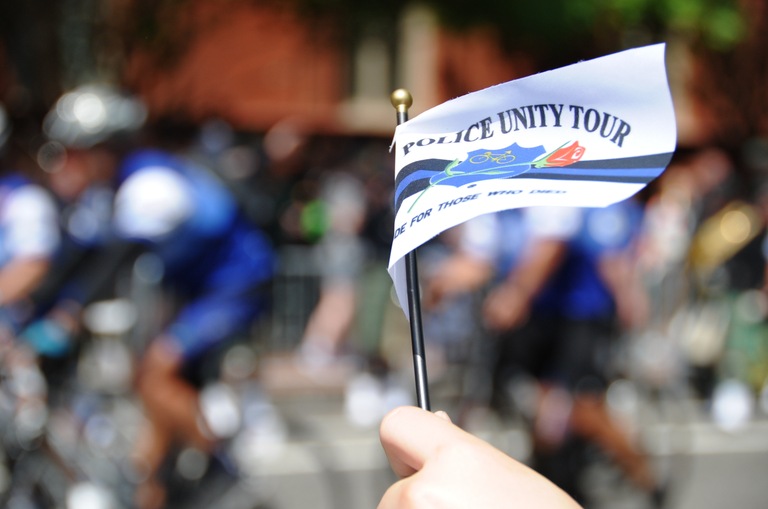 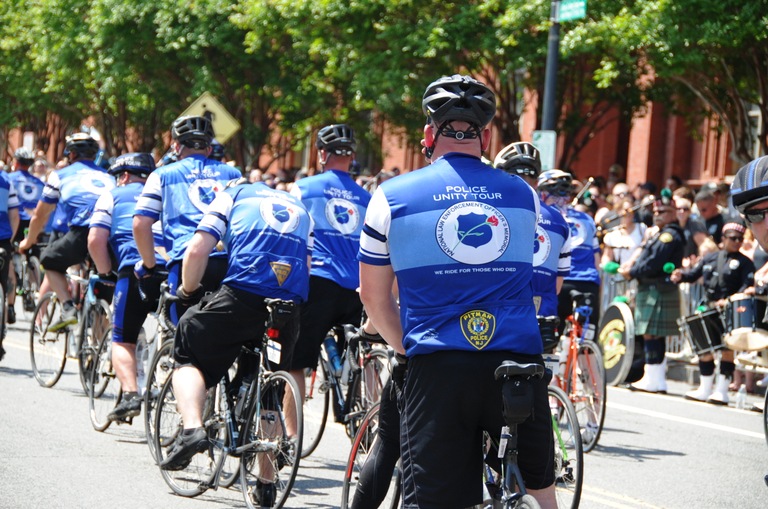 On May 12, 2018, participants in the Police Unity Tour arrived at the National Law Enforcement Officers Memorial after traveling by bicycle from cities across the country. The primary purpose of the fundraising bike tour is to raise awareness of law enforcement officers who have died in the line of duty. 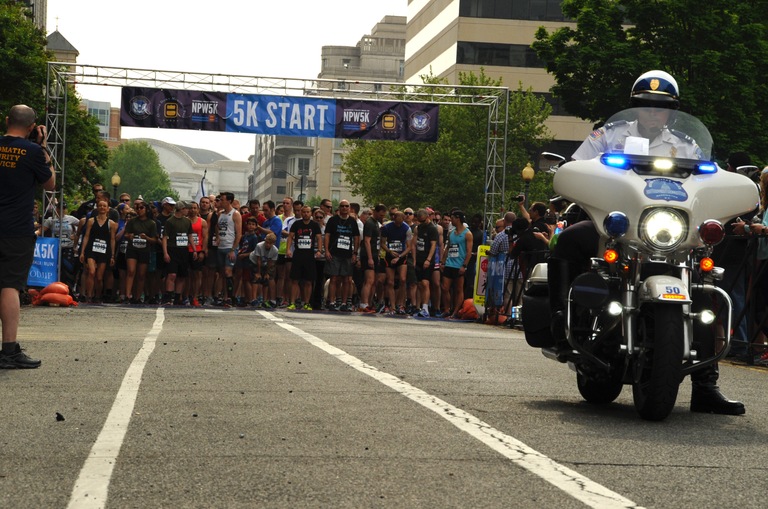 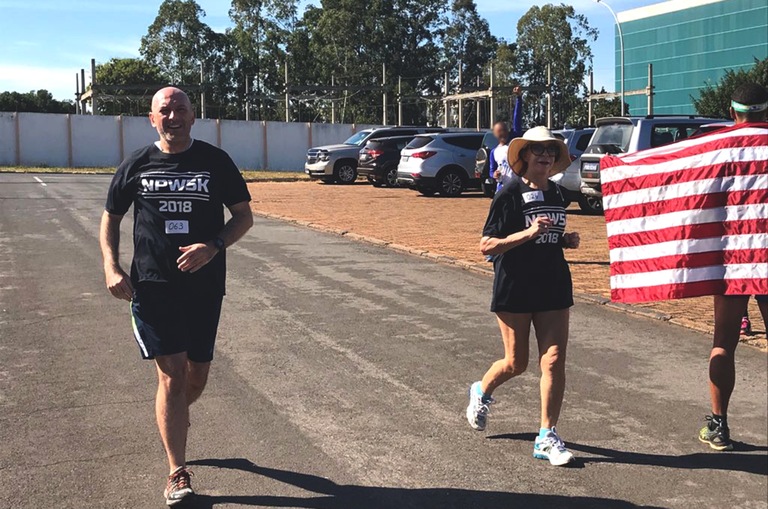 Runners line up for the start of the National Police Week 5K—an annual event that raises money for the Officer Down Memorial Page and the Concerns of Police Survivors (COPS)—which was held May 12, 2018 in Washington, D.C. In solidarity, David Brassanini, the FBI's legal attaché in Brazil, ran a 5K with colleague Marilia de Araujo in Brasilia in memory of Special Agent Melissa Morrow, who died earlier this year as a direct result of her work at the Pentagon after 9/11. 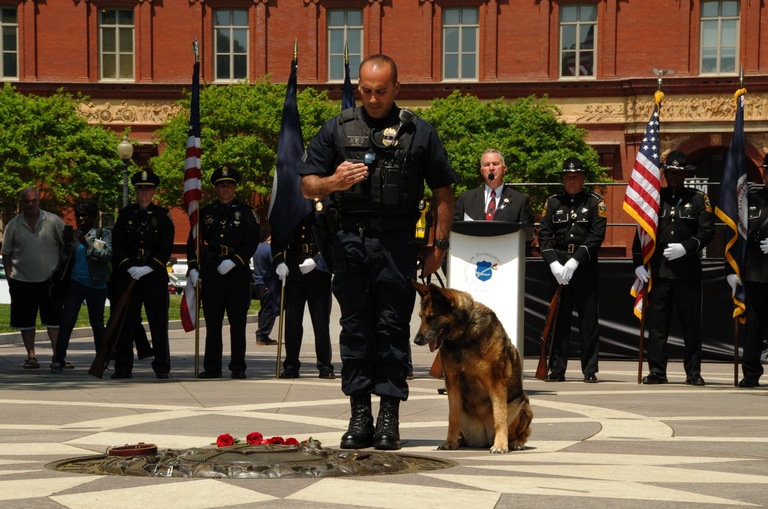 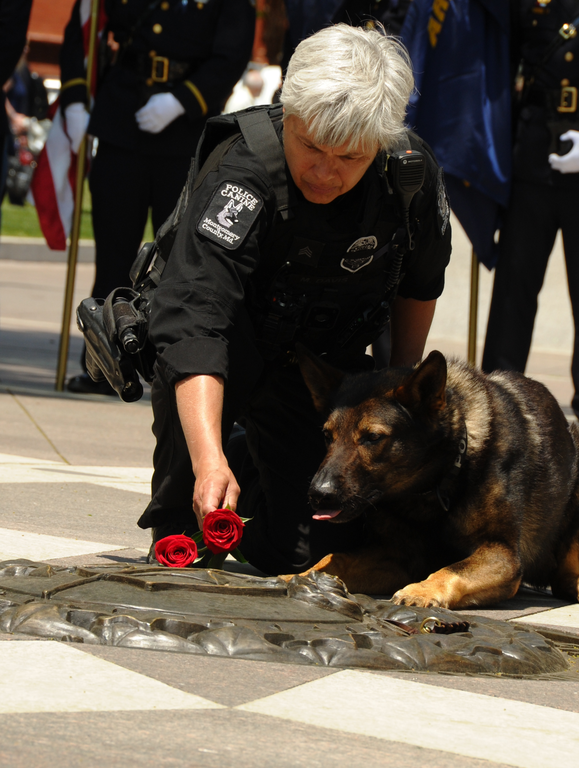 During the first annual Police K-9 Memorial Service, held May 11, 2018 at the National Law Enforcement Officers Memorial in Washington, D.C., Prince George’s County (Maryland) Police Sgt. Nick Cicale, with his dog, Zoey, salutes the sacrifice of slain K-9s nationwide, while Montgomery County (Maryland) Police Sgt. Mary David and her dog, Sonic, place a rose at the memorial in honor of fallen police K-9s. During the past five years, 126 police K-9s have lost their lives in the line of duty, including 24 that died in 2017. 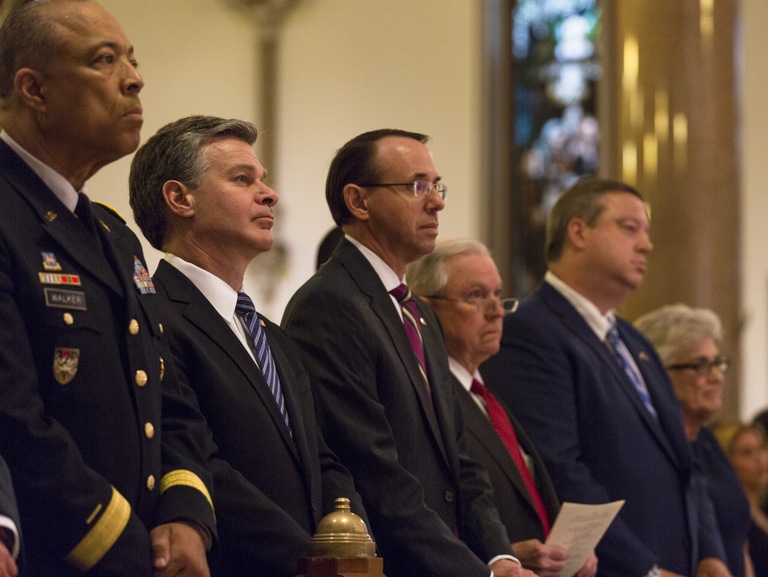 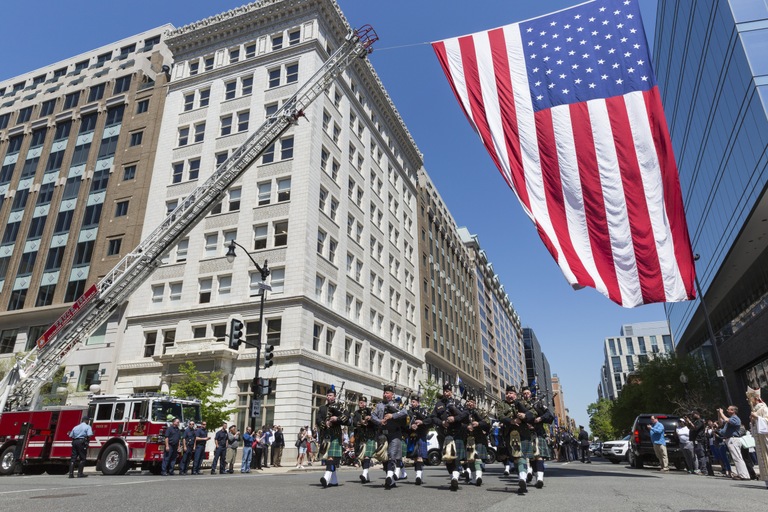 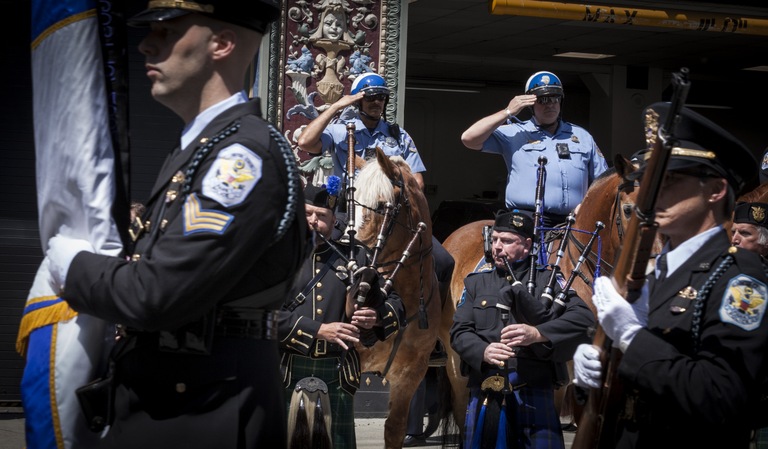 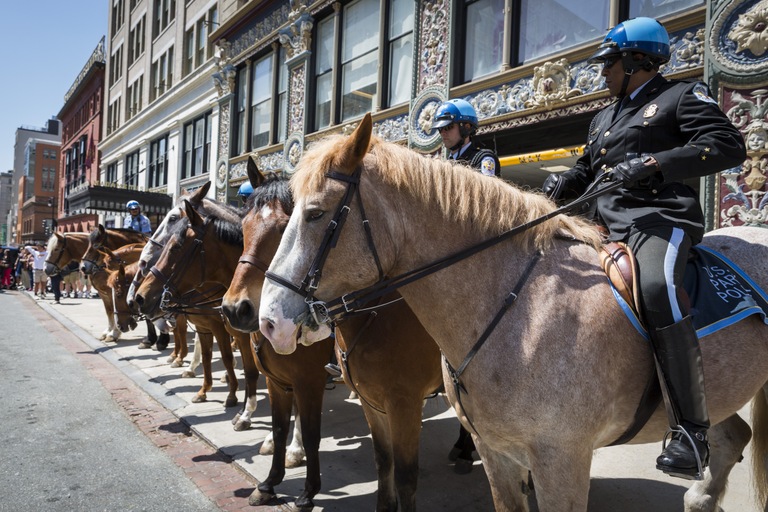 The Blue Mass, an annual gathering to remember the contributions of those who have served in law enforcement and public safety agencies and to ask for continued protection for them in the future, includes a processional led by bagpipers and observed by mounted police.

A Tennessee man who took advantage of the implicit trust of friends, neighbors, and family members in his small town will be spending time behind bars for his $43 million investment scheme.