Web Hits of a Deadly Kind 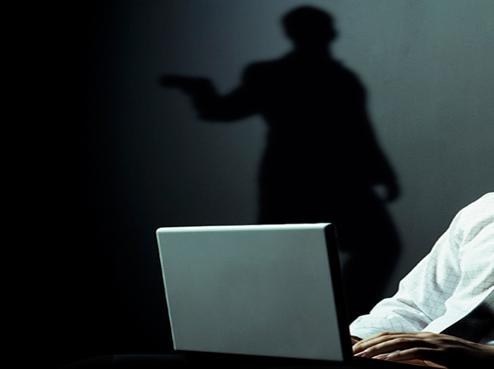 Marissa Mark wanted someone dead—her ex-boyfriend’s new girlfriend, to be precise. And she found a way to have it done…from her computer.

In September 2006, the Pennsylvania resident and recent college graduate logged on to HitmanForHire.net, a site often misinterpreted as a joke. But it was no laughing matter for Mark, who spelled it out very clearly: “I…want her done by [a] shot to the head.”

And the “hitman for hire” on the other end? Las Vegas poker dealer Essam Ahmed Eid, an Egyptian national who was apparently looking for a little something to do on the side. After demanding a $37,000 fee from Mark—who came up with a “down payment” by stealing credit card information she had access to at the collections agency where she worked—Eid drove to the Los Angeles area, where he showed up at the workplace of the 23-year-old intended victim.

Eid presented the young woman with a dossier of sorts—photos of her, e-mails concerning the plan—and then paused. “You remind me of my daughter,” he said. He told the victim she could have three days to pay off the contract, and he would let her live. Panicked, she notified authorities.

The case went to Special Agent Ingerd Sotelo, from the FBI’s Los Angeles Field Office. Sotelo discussed the particulars with the victim and had her make recorded phone calls pleading for more time to come up with the money…but Eid went radio silent.

Having identified Eid by this point and acting on a hunch that he had fled the country, Sotelo traced Eid to Ireland. She learned that he had recently been arrested for burglary and extortion, but thought there might be more to it than that—she was right. Eid had crossed the pond and committed those crimes because of another hit ordered through his website—and smuggled in homemade ricin in his contact lens case, to boot.

Keeping the Hits from Happening

As with the rest of the Bureau’s work, our ultimate goal in murder-for-hire cases is prevention. We maximize our resources by working many cases jointly with local and state authorities through our 35 Violent Crime Task Forces nationwide and by tapping into federal racketeering laws, our undercover and surveillance capabilities, and our staple of informants. Following are examples of some of our recent murder-for-hire preventions.

- A California man was sentenced to six years in prison for soliciting a hitman to kill three people, including his wife, because of a decade-old business dispute. He ordered the killings to take place only after the victims were tortured and forced to pay $15 million to his offshore bank account. Details
- The co-owner of a Texas gentleman’s club admitted trying to hire individuals from Mexico to kill the mayor of Arlington, Texas and a Dallas attorney because of their roles in the club’s closing. Details
- A convicted terrorist in North Carolina was found guilty of conspiring to pay a hitman to murder and behead three witnesses and law enforcement officers who testified against him. Details
- A Texas inmate was charged with soliciting the murder-for-hire of the judge assigned to his case because he believed the judge would sentence him to more than 20 years in prison. Details
- An Alabama woman was sentenced to 10 years in prison for attempting to hire someone to kill her ex-husband with a poison cocktail of prescription medication supplied, in part, by her mother. Details
- An Idaho man was sentenced to 50 years in prison for hiring his handyman to install a pipe bomb on his wife’s car in an effort to kill her and his mother-in-law. Details

Murder-for-hire with an interstate nexus became a federal crime in 1958, but our involvement in these cases goes back at least to the 1930s and the days of the notorious Mafia hit squad Murder, Inc.And—according to Special Agent Janelle Miller, head of our Violent Crimes Unit—they’re more common than you might think, “We do a lot of them,” she said; 140 cases not tied to organized crime are currently pending, many of which involve inmates. “The names change, the story doesn’t,” said Miller, “but there is a threshold. It can’t just be, ‘I’m going to kill my lawyer,’ and that’s it.”

Sotelo agrees. “A lot of people might say they want someone dead,” she explained, “but unless you do something to put it in action, you haven’t committed a crime.”

As for Eid…after serving a six-year prison term in Ireland, he was extradited to the U.S., where he pled guilty to extortion charges and was sentenced in 2011 to 33 months in prison. And Mark received six years for ordering the hit and using stolen credit cards.

But did Eid kill anyone? “I never could find that he actually did,” said Sotelo, “but he had all the stuff he needed,” including a pistol with a silencer, a castor bean plant, and a ricin recipe (he had also attempted to order cyanide). Thankfully, he never got to use it.

A Detroit doctor took advantage of severely mentally disabled adults to line his own pockets.

Preliminary report of violent and property crimes during first six months of 2012.