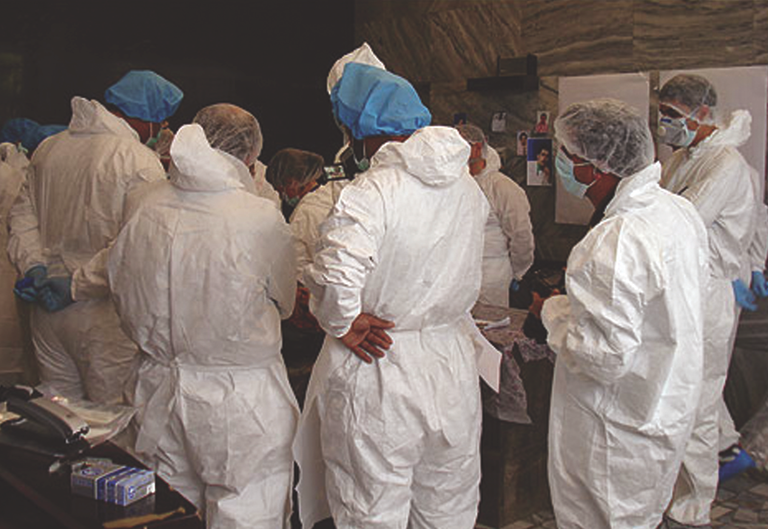 Pamir Airways Flight 112 crashed last May in the mountains outside Kabul, killing 44 people, including one American.
Our legal attaché was asked to assist in effort to recover and identify the bodies.

Pamir Airways Flight 112 left Kunduz Province in Afghanistan last May bound for Kabul with 44 people aboard. About 25 miles from its destination, in heavy wind and dense fog, the plane crashed into a mountain in the remote Hindu Kush nearly 14,000 feet above sea level. No one survived.

The crew and passengers were mostly Afghan, but the dead also included citizens of Turkey, Great Britain, the Philippines, and the U.S. Because of the one American victim, our legal attaché in Kabul was asked to assist the Afghan government with recovering and identifying the bodies, a task that would prove as grim as it was difficult. 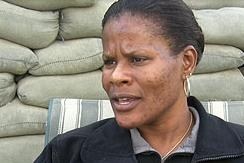 Left: (Special Agent Adriene Sullivan and other FBI personnel worked with Turkish and British disaster victim identification teams to recover and identify remains of 44 passengers and crew.) The crash site, in such an inaccessible location and at such a high elevation, could only be safely approached on foot, and then only after the weather improved. When teams were finally able to reach the site, they were met with a horrific scene, and what began as a recovery operation soon turned into an extraordinary humanitarian effort to identify the victims and repatriate their remains—and to bring some relief to the victims’ loved ones.

“Just hiking to the foothill of the crash site was a challenge, and then you’re looking straight up at this big slide of debris,” said Special Agent Adriene Sullivan, a 14-year FBI veteran.

“You are going up this ravine and everything is loose rock,” she said. “If you lose your footing, you’re going all the way down.” Wearing an armored-plated vest and carrying a weapon—even at that elevation the Taliban was still a threat—Sullivan recalled, “I just had to take a deep breath and go up the mountain. It was tough.”

Dealing with the crash site was even tougher. The plane was estimated to be traveling at 250 mph when it slammed into the mountainside. The impact was so violent that passengers’ bodies could not be identified.

“There was not a lot to go on,” Sullivan said. “Bodies were unrecognizable, and nothing was on them like a wallet in someone’s back pocket.”

Agents and other Bureau personnel worked with the Afghan military and international partners to retrieve 180 bone and tissue samples, which were transported to the Afghan National Army morgue in Kabul. There, Turkish and British disaster victim identification teams conducted sophisticated deep tissue and bone DNA samples, using expertise unavailable to the Afghans or our agents overseas.

“We learned a lot about that type of DNA sampling and so did the Afghans,” Sullivan said. The samples were sent to Turkey and England, and remarkably, all 44 individuals were identified.

Months after the crash—which was ruled a weather-related accident—a ceremony was held in Kabul so family members could bury their loved ones.

“It was very satisfying that we were able to help the families,” said Sullivan, who volunteered for a year-long assignment in the war zone. “Everybody worked together incredibly well, and the Afghans were extremely grateful for our help.”

This wasn’t a typical mission for our people on the front lines of the fight against terrorism, but it was an important one, and it forged lasting relationships with the Afghans and our international partners.

Preliminary FBI figures show that both violent crime and property crime declined in 2010.

It’s a recipe for trouble: naive teens, predatory adults, and a medium that connects them.