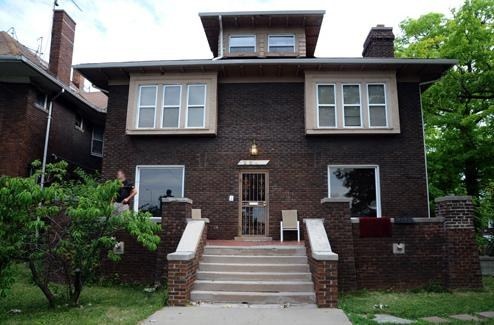 One of the Detroit facilities used by Quality Recreation and Rehabilitation, Inc. (QRR), which became Procare after Medicare questioned QRR’s submitted claims.

Earlier this month, Dr. Alphonso Berry and two criminal colleagues—a married couple named Marcus and Beth Jenkins—pled guilty to defrauding the government by submitting more than $13.2 million worth of phony claims to Medicare over a seven-year period for group and individual psychotherapy sessions that were never provided.

How the scam operated. In 2004, Marcus and Beth Jenkins incorporated Quality Recreation and Rehabilitation (QRR), an adult day care center that claimed to provide psychotherapy services. At the same time, they also operated adult foster care homes in the Detroit area that provided 24-hour personal care, protection, and supervision for individuals who were—for the most part—mentally or physically disabled. The couple obtained Medicare provider numbers for QRR and clinicians working on staff, including Dr. Alphonso Berry.

For four years, the Jenkinses transported Medicare beneficiaries residing at adult foster care homes (both theirs and others) to QRR, and, in concert with Dr. Berry—who often signed patient progress charts and progress notes for individual and group psychotherapy sessions—submitted claims to Medicare for psychotherapy services for these beneficiaries that were never provided. The funds received from Medicare—approximately $1.8 million—were diverted from QRR’s bank accounts into the hands of the Jenkinses and Dr. Berry.

Then, around June 2008, QRR received notice from Medicare questioning its submitted claims and the legitimacy of its psychotherapy services. But rather than shut down their fraudulent scheme, Marcus and Beth Jenkins simply opened a new adult day care facility called Procare a few months later, which also supposedly offered psychotherapy services. Again, the Jenkinses would transport Medicare patients from adult foster care homes to Procare, and Dr. Berry would sign patient charts and notes. Over the next four years, approximately $6.5 million more in phony claims were submitted; Medicare ended up paying Procare approximately $2.5 million on those claims. And once again, the funds were diverted into the hands of the Jenkinses and Dr. Berry, who spent the money on lavish lifestyles.

The case began in October 2010, when the U.S. Department of Health and Human Services (HHS) received a referral based on an unusually high number of hours being billed per day by Dr. Berry (sometimes surpassing 24 hours in one day). HHS reached out to the FBI, and we soon began investigating with our partners from HHS’ Office of Inspector General. We examined financial records. We interviewed QRR and Procare office staff, the Medicare beneficiaries, and social workers. And we conducted surveillance of the suspects.

In October 2011, our evidence led to indictments against Dr. Berry and Marcus and Beth Jenkins. The case was brought as part of the Medicare Fraud Strike Force, operating in nine cities across the country and composed of interagency teams of analysts, investigators, and prosecutors who target fraud.

And what of the Medicare beneficiaries living in the Jenkinses adult foster care homes? They are being moved to other facilities, where they will get the care and medical treatment they are entitled to.

A Byte Out of History: The Alger Hiss Story

The espionage case of Alger Hiss, who was convicted 63 years ago this month.

A 2006 “hitman” case illustrates the FBI’s continued investigative role since the 1930s.