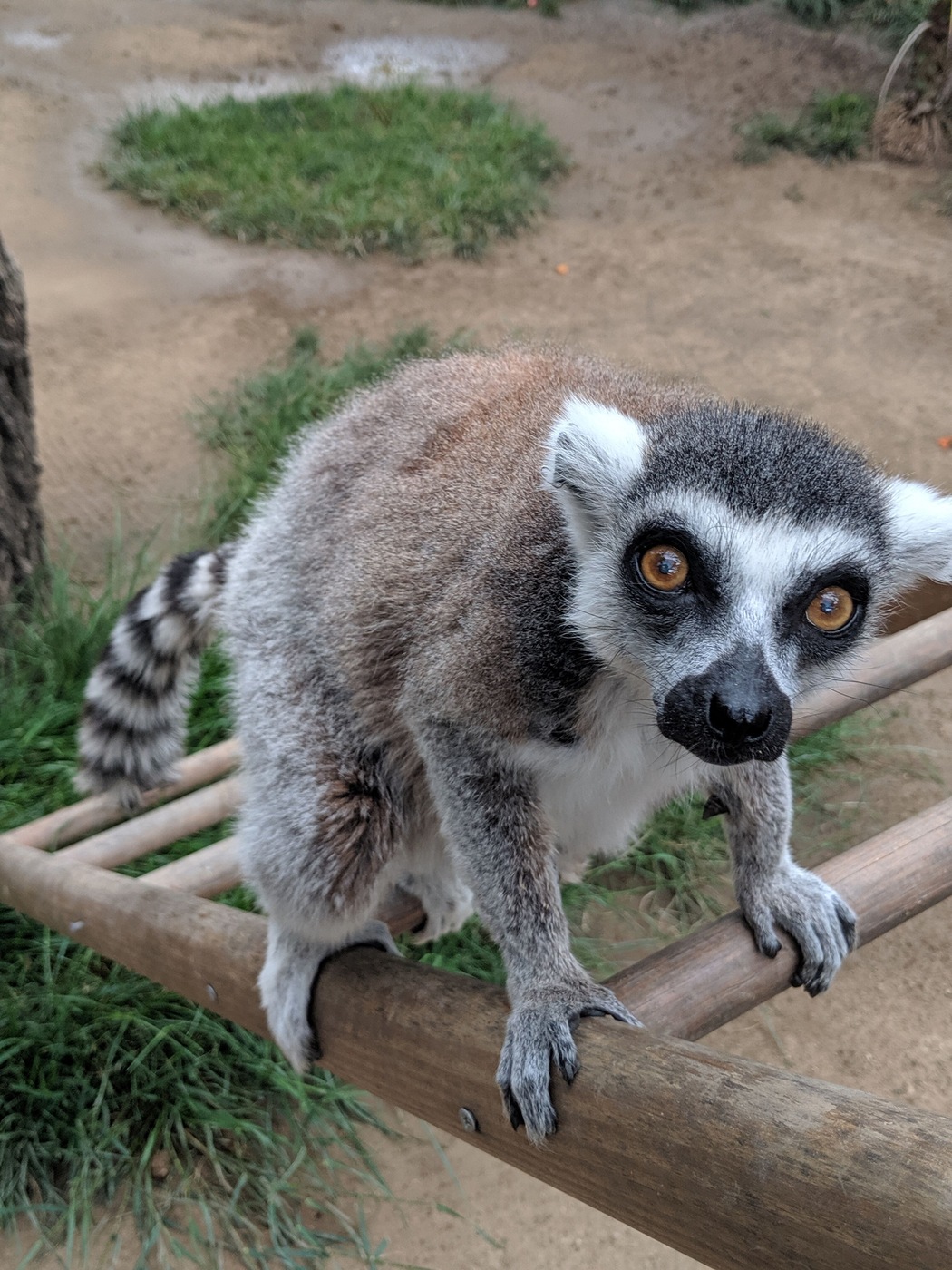 When the staff at the Santa Ana Zoo arrived at work early one morning in July 2018, they discovered an unusual—and very concerning—sight. Several animals were freely roaming the zoo grounds, outside of their normal areas.

An intruder had used bolt cutters to open enclosures and release a group of capuchin monkeys and ring-tailed lemurs. The staff accounted for all but one of the animals—Isaac, the oldest ring-tailed lemur in North America. Ring-tailed lemurs typically live about 20 to 25 years; Isaac was 32 at the time.

“It was definitely alarming,” said Ethan Fisher, executive director of the Santa Ana Zoo. “He is a senior animal, and all of the primates have special care. They have specialized diets formulated for their species.”

But Isaac wasn’t missing for long. Someone dropped him off in a plastic storage container in front of a hotel later that day. A note in the container explained that the lemur had been taken from the Santa Ana Zoo.

After Isaac’s safe return, the question remained—who took him?

A few months later, Aquinas Kasbar, 19, was arrested on unrelated charges and bragged to his bail agent that he’d stolen a lemur from the zoo. He even showed the bail agent a video on his phone of himself with the lemur, according to Detective Farshid Hashempour of the Santa Ana Police Department, who investigated the case as part of an FBI task force.

Investigators learned that Kasbar had broken into the zoo with the intention of taking a monkey for a pet, but he couldn’t get any of the monkeys to go with him.

Isaac’s confinement to a small, vent-less plastic container on a hot day, especially when lemurs are used to standing up on two legs, could have caused him harm.

“Those things in totality possibly could’ve caused the animal to die. Thankfully it was returned to the zoo, and the lemur is still alive and doing well,” Hashempour said.

“This case sent a message that we take protecting these endangered animals seriously.”

While the crime may seem like a harmless prank, theft of an endangered animal is no joke—it’s a federal crime. And that’s where the FBI came in. With overwhelming evidence against him, including the cell phone video of himself with the lemur, Kasbar agreed to plead guilty to stealing an endangered species. Last month, he was sentenced to three months in prison.

“There are a shortage of these animals around the world, and that’s why they’ve been given these special protections,” said FBI Special Agent Luis Altamirano, who helped investigate the case out of the Los Angeles Field Office. “This case sent a message that we take protecting these endangered animals seriously.”

Fortunately for Isaac, his ordeal is behind him, and he is back in his home surrounded by five fellow lemurs with whom he loves to socialize.

“He seemed pretty unfazed by the adventure,” said Fisher, the zoo director. “Our vets looked at him and didn’t see any issues. Some animals are more sensitive than other to disturbances, but fortunately, Isaac was okay.”

The FBI’s National Threat Operations Center works day and night to ensure each of the calls and electronic tips it receives is evaluated rapidly and handled appropriately.

On the 100th anniversary of the passage of the Dyer Act, which made interstate car theft a federal crime, we look back at how the law led to the FBI of today.