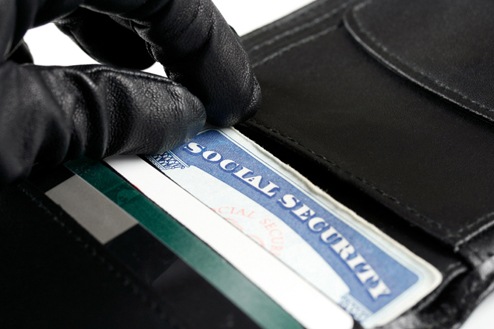 That’s because the man—now imprisoned and officially known as John Doe—had a stack of government-issued identification acquired during the 22 years he had been using a living victim’s identity. That included a passport, driver’s license, birth certificate, Social Security card, and identification allowing him unescorted access to a port and military installation.

He was extremely convincing that he was the victim,” said Blanco, a veteran trooper with more than 30 years on the force. “When you have 20 forms of identification and it’s in your possession,” Blanco explained, “it’s hard to not believe you are the person you say you are.”

But John Doe was indeed an imposter, and while he was living under another man’s name, the real victim was living a nightmare. It all started in 1989, when the victim’s car was broken into and his wallet was stolen. His identity had been compromised.

John Doe began using the victim’s name, even when he went to prison for aggravated battery. As a result, Blanco said, “if you run John Doe’s fingerprints, even today, they will come back with the victim’s name.”

When the victim, a Miami resident, applied to become a corrections officer, he had to explain why his records showed a felony conviction. He urged officials to compare his fingerprints to those of John Doe’s. When the victim applied for a passport, he was denied because the passport office claimed he already had one—the one that John Doe had applied for and received.

When Blanco was able to talk with the real victim, he heard two decades worth of frustration. The victim had filed a police report years before, but John Doe had never been caught or stopped. Blanco remembers the victim telling him, “This guy has been living my identity. He’s gotten my license suspended and he’s had kids in my name.”

When Blanco realized that he was dealing with a massive and long-running case of identity fraud, John Doe was arrested. The JTTF opened an investigation, and John Doe was eventually indicted federally on numerous counts of aggravated identity theft and fraud.

JTTF investigators had to rule out any threat to national security, because John Doe had access to the Mayport Naval Station as well as JaxPort, the Jacksonville Port Authority. Although he was just working at those locations, Special Agent Paxton Stelly, who supervises Jacksonville’s JTTF, pointed out that John Doe had passed the background checks required to gain access there. “He appears to have manipulated the system with ease,” Stelly said.

Last month, a jury convicted John Doe—who continues to insist he is the real victim in the case—and sentenced him to 10 years in prison. Despite DNA testing and a thorough investigation, his real identity remains a mystery.

“It will continue to be a mystery unless he makes an admission to us,” Blanco said, adding, “I don’t know what he’s going to do when he gets out of prison, because the man doesn’t have an identity.”