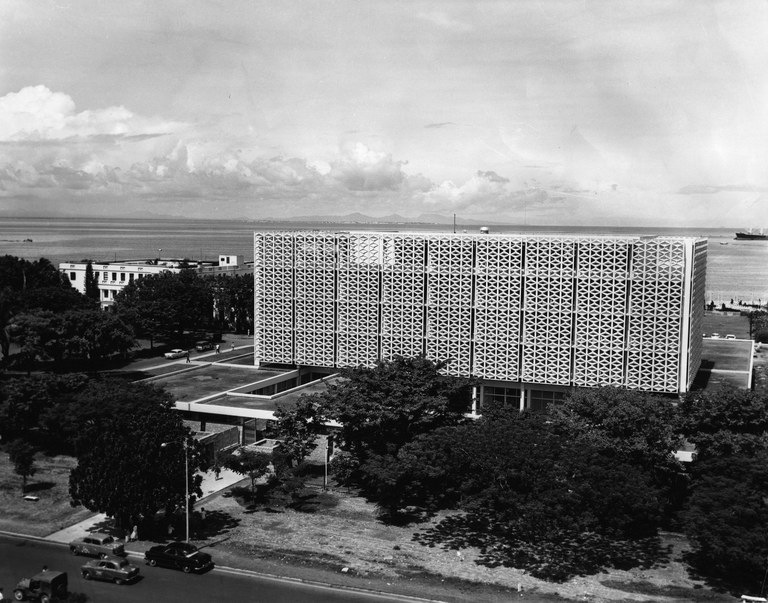 In 1961, Robert B. Hawley opened the first FBI legal attaché in Manila in rooms 416 and 418 of the U.S. Embassy office building. In 1962, Hawley moved the office next door (left rear) to the old U.S. High Commissioner’s residence, converted to the Chancery. Manila Bay is in the background.

In August 1961—52 years ago—Special Agent Robert B. Hawley reported to the new U.S. Embassy office building on Manila Bay to open a small legal attaché (or legat) office that would cover criminal and intelligence matters in the Philippines.

It was not the first time FBI agents had served in the Philippines, though. In 1939, the Bureau had considered opening a regular domestic resident agency there, as the Philippines was still technically part of the United States. But it wasn’t until March 1, 1945—two days shy of finally wresting Manila from Japanese troops—that General Douglas MacArthur invited an FBI liaison agent to serve there with General Thorpe’s Army Counter Intelligence Corps. Special Agent Fred Tillman, a Japanese specialist, arrived in a city almost completely destroyed by bombs. His job: to work with the Corps’ internal security section on postwar Japanese and related matters. He was installed in the U.S. bin Building on Quintin Paredes Street, given access to a Women’s Army Corps steno and a jeep, and set to work. Six months later, he left with Generals MacArthur and Thorpe for Tokyo, ultimately participating in the Pearl Harbor hearings in Washington and testifying at the “Tokyo Rose” trial in San Francisco. His colleague, Special Agent Nicolas Alaga, closed the Manila office in 1946.

By the time Bob Hawley arrived 15 years later, Manila had been transformed—booming, rebuilt, and once again known as a “Pearl of the Orient.” He was responsible for police liaison in the Philippines, Singapore, and Thailand—then the Federation of Malaya and South Vietnam, too. It was a huge territory. Crime was on the rise, as were anti-American sentiments across Asia. Hundreds of U.S. fugitives needed to be tracked down, and communist-led intelligence operations against the United States proliferated. Hawley worked closely in all these areas with the Philippine National Bureau of Investigation under the leadership of Jose Lukban (pictured below), then Jolly Bugarin, effectively building the foundation for wider, deeper, and more productive relationships with the full suite of today’s Filipino law enforcement and intelligence agencies. 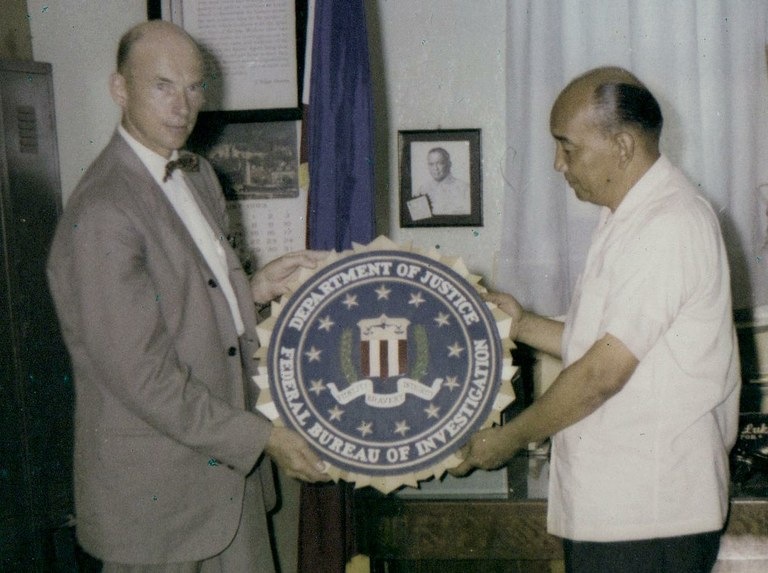 Legat Manila Robert B. Hawley presents Acting Director Jose G. Lukban, National Bureau of Investigation in the Philippines, with an FBI seal in appreciation for his liaison efforts with the FBI.

Twice since then, Legat Manila has been closed in response to government economy measures, then reopened to respond to new threats—most recently in 1988 with the rise of terrorism, the illegal drug trade, fugitive matters, and international organized crime. And in 1995, the Philippine National Police uncovered bomb and terrorist plots in Manila by terrorist Ramzi Yousef and worked with us to bring him to justice.

Special Agent Fred Tillman, left, served as an FBI liaison in Manila in 1945, well before the establishment of the legal attaché. Today, Gib Wilson (right) serves as the FBI’s legat.

Today, Legat Gib Wilson runs a complex operation from the second floor of the Chancery on Roxas Boulevard, in the very office that Bob Hawley built out. Beyond working with Philippine authorities on fugitive and terrorism cases, the office focuses on human trafficking issues, child sex tourism, and cyber crimes. Last year, with the superb support of its Filipino colleagues, Legat Manila returned 37 fugitives to the U.S. through deportation, renditions, and extraditions. Still at large in the area of terrorism alone: several extremist leaders wanted by the FBI via the Rewards for Justice program, including Abdul Basit Usman, Khair Mundos, and Zulkarnaen. Three are also on the FBI’s Most Wanted Terrorist list: Raddulan Sahiron and Isnilon Totoni Hapilon of the Abu Sayyef Group and Zulkifli Abdhir of al Qaeda affiliate Jemaah Islamiya. Please let us know if you can provide any information that would help us find them.

Man suspected in at least a dozen robberies in four states known as the Loan Ranger Bandit.