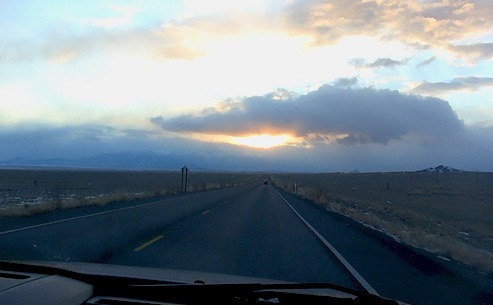 For agents, the unique experience of working Indian Country crimes includes deploying—often by themselves—to remote sites within pueblos or reservations.

It wasn’t long after his arrival in Indian Country that Special Agent John Fortunato started carrying dog biscuits in his FBI vehicle. Some of the wild dogs who roam the New Mexico reservations are a lot easier to befriend or distract when they are offered food.

That’s just one small example of how investigating crimes in Indian Country makes agents resourceful—and provides them with an intensive professional experience they may not get anywhere else in the FBI. “We like to say that six months as an investigator on the reservation is like two years at any other Bureau office,” Fortunato said. “That’s mainly because of the nature of the crimes here and our jurisdictional responsibilities.”

Since 9/11, the FBI has become an intelligence-based, threat-driven organization. Regarding terrorism, for example, the mission is to prevent acts of terror rather than investigate them after they occur. “But in Indian Country,” said Special Agent Lenny Johns, who supervises our Santa Fe Resident Agency, “the majority of the crimes we have jurisdiction over are still very reactive for us.”

That means when the FBI is called to the reservation, usually a serious crime has already been committed. “Our agents, and particularly new agents,” said Johns, “get a ton of experience in Indian Country they can apply in other programs later in their careers. That experience includes deploying—often by themselves—to a remote site within a pueblo or reservation, dealing with folks that have a different cultural background than they do, and successfully navigating that environment to conduct interviews, follow up on leads, collect evidence from a crime scene, and build a prosecutable case for the U.S. Attorney’s Office.”

Lenny Johns, a supervisory special agent in the Santa Fe Resident Agency, talks about the FBI role in Indian Country.

“The sheer number of cases we’re handling adds to the training experience,” said Fortunato, who worked in our New York Field Office on counterintelligence matters before coming to Indian Country several years ago. His counterintelligence cases spanned months and even years. “Here,” he explained, “because we are reacting to crimes, we investigate an assault or homicide with our tribal partners, and often within a matter of days we are making an arrest.”

And where he had only a handful of cases in New York, Fortunato—and most of the agents working in New Mexico’s Indian Country—have anywhere from 30 to 50 cases to work at any given time. And they are all major crimes such as murder and child sexual assault.

“It’s a 24-7 job,” noted Special Agent Mike Harrigan, who supervises an Indian Country squad. “An agent is always on call. If something happens, even in the middle of the night and the crime scene is two hours away by car, the on-call agent responds from home. That’s how it works in Indian Country.”

“The agents and professional staff working here in Indian Country are as dedicated as any group I have served with during my 25 years in the FBI,” said Carol K.O. Lee, special agent in charge of our Albuquerque office. “They really care about the people on the reservations and making those communities the best and safest places they can be.”

On May 18, a carrier ship bound for the Port of New Orleans left a Caribbean nation weighted with 12,000 tons of ammonium nitrate. Intelligence later revealed that two of the ship’s crew members were on terrorist watch lists. Meanwhile, a few miles outside New Orleans, police received a report of someone suspiciously circling a chemical plant in a car while taking pictures.

They were known as the nun and the Marine. The respective backgrounds of Joanne Pierce Misko and Susan Roley Malone could not have been more dissimilar. But 40 years ago, on July 17, 1972, the two women were drawn together by a shared goal—to become FBI special agents.