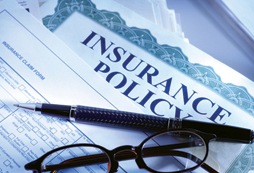 Putting the brakes on major white-collar frauds of all kinds is one of our most important responsibilities, and there is no shortage of work these days for the FBI and its partners.

Our corporate and securities fraud cases, for example, resulted in more than 600 convictions last year—including a number of high-level executives—and more than $23 billion in recoveries, fines, and restitutions over the past three years. Our mortgage fraud efforts continue to pinpoint the most egregious offenders; approximately 70 percent of our 3,000 pending mortgage fraud investigations involve losses of more than $1 million. There are also plenty of cases involving health care fraud, bankruptcy fraud, credit card fraud, mass marketing fraud, and various wire and mail fraud schemes.

Insurance fraud—non-health care-related fraud involving casualty, property, disability, and life insurance—is another financial crime that falls under FBI jurisdiction. The U.S. insurance industry consists of thousands of companies that collect more than $1.1 trillion in premiums each year, according to the Insurance Information Institute, and the estimated cost of fraud is approximately $30 billion a year. Most of this expense is passed on to consumers in the form of higher insurance premiums, to the tune of about $200 to $300 a year per family, according to the National Insurance Crime Bureau. Not to mention the number of insurance companies that go under because of excessive claims and/or the looting of company assets.

There are many capable private and government investigative and regulatory entities at the national and state level that look into insurance fraud, so the FBI directs its resources toward identifying the most prevalent schemes and the top-echelon criminals and criminal organizations who commit the fraud. But even when conducting our own investigations, we often work closely with private fraud associations, state fraud bureaus, state insurance regulators, and other federal agencies.

The FBI currently focuses on the following schemes:

How we investigate it. Like many other white-collar crime investigations, insurance fraud is mostly about following the money trail—which often involves questioning victims and victim companies, reviewing financial documents, and using sensitive techniques like informants and cooperating witnesses.

We also use our intelligence capabilities to keep our finger on the pulse of emerging trends—for example, as more insurance companies conduct business online, we fully expect to see a rise in the theft of policyholders’ identities and in cyber-based insurance scams. We will keep you posted.

Defend Yourself From Insurance Fraud 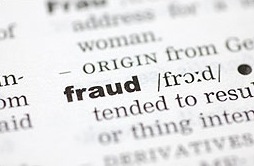 - Never ignore a notice from your insurance company—even if your agent tells you it’s a mistake and that he or she will take care of it.

- Don’t give an insurance agent money without getting a receipt.

- Don’t give out your insurance identification number to companies or individuals you don’t know.

- After an auto accident, be careful of strangers who offer you quick cash or recommend a particular attorney or health care provider.

· Don’t buy life insurance as an investment without fully understanding what it is you’re buying.

- Never buy insurance from unlicensed agents or companies, and if you have any doubts about them, check their status by contacting your state’s insurance office.

After many hours on the road, the long-haul driver pulled his tractor-trailer into a Tennessee truck stop for a break and a hot meal.