Reaching Out to Diaspora Communities in U.S. for War Crimes Tips 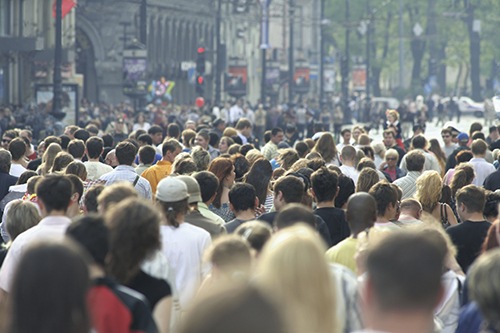 The FBI’s International Human Rights Unit, working with agents in the field and partner agencies, is reaching out to diaspora communities in the U.S. for leads on war criminals who may be residing among them.

Five years ago, nearly a dozen former soldiers who served during the Bosnian civil war in the early ‘90s before settling in Arizona were sentenced for lying on their applications for refugee status when they came to the U.S. Last year, a Bosnian-born Minnesota man was arrested on fraud charges for not disclosing crimes—including murder, kidnapping, and robbery—he allegedly committed during his military service in Bosnia-Herzegovina. In January, a Bosnian-born Vermont man was found guilty of lying to get into the U.S. and obtain his naturalized citizenship.

These cases illustrate efforts across multiple agencies and international borders to hold accountable any individuals who committed war crimes or atrocities overseas before entering and settling in the United States. And Bosnian war criminals represent just a sampling of the subjects being sought. The U.S. Immigration and Customs Enforcement’s (ICE) Homeland Security Investigations (HSI) is pursuing more than 1,900 leads and cases on individuals from about 96 countries. The FBI, which works alongside HSI and special prosecutors at the Human Rights Violators and War Crimes Center in Northern Virginia, has pending investigations in nearly a third of our 56 field offices.

Managing the FBI’s role in identifying, locating, and investigating these cases is the Bureau’s International Human Rights Unit (IHRU), which works closely with partner intelligence agencies and the Department of State to identify subjects and gather leads. Agents in the unit then coordinate the FBI’s approach in the field—whether it’s collecting intelligence, developing sources, or just meeting leaders in diaspora communities to make them aware that the FBI is seeking tips on the whereabouts of suspected war criminals and human rights violators.

“We are asking those communities, ‘If you know somebody or if you have heard of somebody who has done those things, let us know and then we’ll go from there,’” said Thomas Bishop, head of the IHRU. “I think in a lot of these communities, people know someone who was involved with something—or they hear about somebody being involved—but they may not know what to do with it. All we need is a tip so we can see if there’s anything to it.”

The FBI has had an expanding role investigating human rights crimes since 1988, when Congress added genocide to the U.S. criminal code. Torture was included in the code in 1994 and war crimes in 1996. The most recent addition, in 2008, was the recruitment of child soldiers—an offense exemplified at the time by fugitive Ugandan warlord Joseph Kony, who famously recruited children into his notorious Lord’s Resistance Army.

Following the Presidential Study Directive on Mass Atrocities in 2011, the FBI formalized an international human rights program to leverage its intelligence capabilities and vast network of field agents and analysts. The genocide and war crimes program, as it was then called, was originally part of the FBI’s Counterterrorism Division, but last fall it was reorganized under the Criminal Division’s Civil Rights Program and given its current name. Jeffrey Sallet, head of the Bureau’s Public Corruption/Civil Rights Section, which includes IHRU, said the shift creates a one-stop shop of experts on human rights and public corruption matters, which often go hand-in-hand.

Agents in the IHRU have territories they manage—Africa, Latin America, for example—and work directly with agents in the field when they need a lead covered.

“We’re going to go out to the field office and say, ‘We have a file, we have these requirements, will you go out and talk to your sources and collect this information?’” said Vanya Voivedich, a special agent in the unit. When the information comes back, it is shared and analyzed to either build a case or close a lead.

In some cases, when crimes occurred before the U.S. war crimes statutes were in place, subjects can still be prosecuted on lesser violations. Subjects who lied about their refugee status are subject to deportation to their home countries. One of the defendants in the Phoenix case in 2010, Mladen Blagojevic, was ultimately sent back to Bosnia-Herzegovina, where he was tried and sentenced to seven years in prison for crimes against humanity.

Pointing to the 20-year anniversary of the July 1995 genocide in the Bosnian town of Srebenica, in which around 8,000 men and boys were killed or taken prisoner, the FBI is renewing its plea for tips to bring to justice anyone involved in human rights violations.

“People in diaspora communities know each other,” said Voivedich, “they’ll know if someone in their community committed atrocities and are now here enjoying the benefits of starting a new life. And they see how that may not be fair.”

The FBI seeks information from diaspora members, refugees, and asylum seekers here in the U.S. with knowledge of human rights violations committed abroad.

If you have any information about perpetrators of genocide, war crimes, or other related mass atrocities, please submit it to us at tips.fbi.gov or contact your local FBI office, domestically or internationally.

Director Comey speaks on the Going Dark issue before the Senate Judiciary Committee.