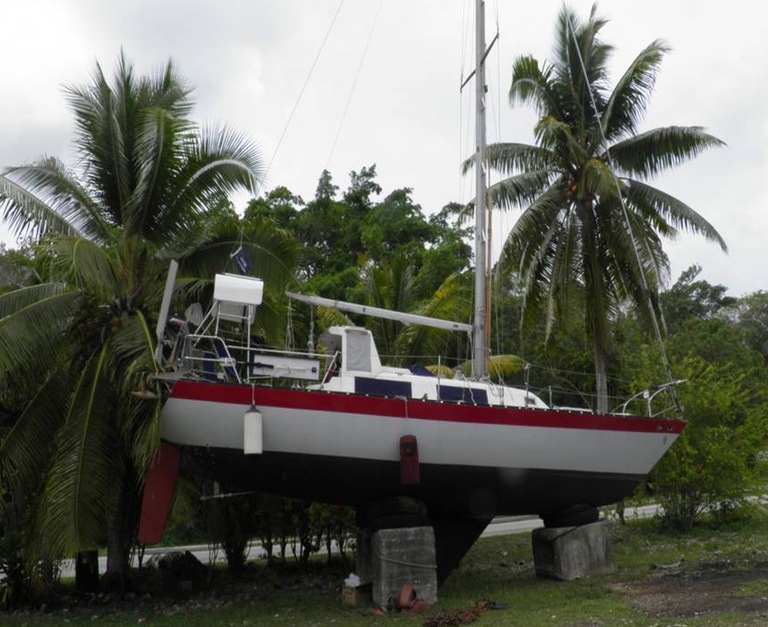 International parental kidnapper Jeff Hanson’s boat, the Draco, is seen at a dry dock on the South Pacific island of Niue, where Hanson was located with his 9-year-old son in October 2014.

When 9-year-old Billy Hanson didn’t return to Pennsylvania after spending the summer with his father in Seattle, the boy’s mother called her local police department, setting in motion an international kidnapping investigation that led FBI agents halfway around the world to a tiny island in the South Pacific.

What would eventually bring the case to a successful conclusion was the extraordinary collaboration between local, federal, and international law enforcement and other agencies. But on that September day in 2014 when Billy was not on the flight he was supposed to be on, his mother “was obviously very concerned,” said Special Agent Carolyn Woodbury, who led the investigation from the FBI’s Seattle Division.

Johanna Hanson had agreed to let her son spend that July and August living with his father, Jeff Hanson, aboard a 30-foot sailboat named the Draco. But after Billy arrived in Washington, she began receiving text messages from her estranged husband suggesting that Billy would not be returning in the fall—a clear violation of their court-approved custody agreement.

Johanna called the Hazelton Pennsylvania Police Department, who, in turn, contacted the Port of Seattle Police Department. In August, a welfare check was conducted, which showed that Billy and his father were on the boat in Seattle, and all seemed to be well. A week later, however, the airplane ticket Billy’s grandfather had purchased for his return to the East Coast was never used—and the Draco was nowhere to be found. 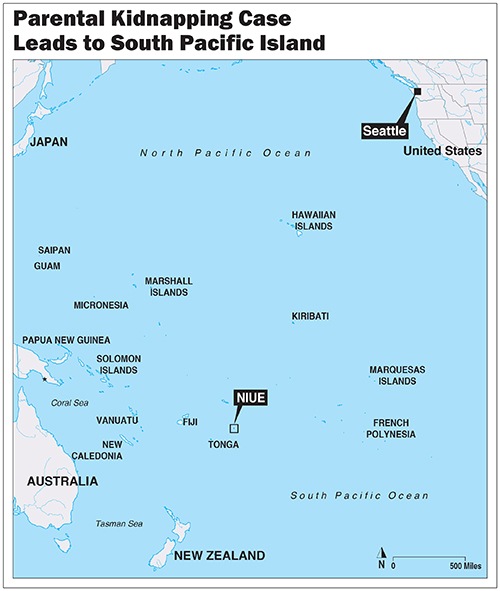 The FBI-led Seattle Safe Streets Task Force, which includes the Seattle Police Department and other law enforcement agencies, was called for assistance. Task force members who went to the marina and elsewhere to conduct interviews learned that 46-year-old Jeff Hanson had given away some of his personal belongings, that he had previously sailed the Draco around the world, and—most significantly—that he had a six-day head start on investigators. In other words, he was likely on the open sea and could be headed anywhere. Investigators also learned another troubling fact, Woodbury said: “We were told that Billy didn’t know how to swim.”

On September 12, 2014, a federal warrant was issued for Jeff Hanson, and Woodbury and task force members worked quickly to “get the word out” about the kidnapping. FBI offices up and down the West Coast were alerted, along with the National Center for Missing & Exploited Children. The Coast Guard and U.S. Navy were notified, and hourly announcements about the kidnapping were made on maritime radio channels. In addition, the FBI’s investigative publicity team distributed posters online and on social media networks showing pictures of Billy, his father, and the Draco.

“Our investigation suggested that Jeff Hanson would likely sail either to Mexico, South America, or the South Pacific,” Woodbury said. The FBI’s legal attaché offices—known as legats—were contacted, and in Australia, Legat Canberra disseminated fliers and other information to the Pacific Transnational Crime Coordination Centre, an organization of police, customs and immigrations, and other agencies whose goal is to gather and share intelligence to stop transnational crime in the South Pacific. Meanwhile, news reports about Billy’s kidnapping were being broadcast everywhere.

On October 29, 2014, Legat Canberra reported that Billy and his father had been seen on the remote island nation of Niue, located about 1,500 miles northeast of New Zealand. The island has fewer than 1,200 residents, but a woman recognized Billy and his father from news reports and contacted the local chief of police.

Jeff Hanson was detained on immigration charges, and FBI agents from Seattle began the long trip to Niue, which is said to be one of the least visited places on the planet. There are only two flights on and off the island per week.

“The irony for Jeff Hanson,” said Woodbury, “was that he was immediately recognized in one of the most remote places in the world. For law enforcement,” she added, “it illustrates that collaboration and asking for the public’s help were the absolute keys to solving this case.” Woodbury had particular praise for the international assistance provided by the Niue Police Department, the New Zealand Police, and New Zealand Customs Service.

After his harrowing odyssey, Billy was reunited with his mother. “This was no carefree adventure for him,” Woodbury explained. “It was a traumatic experience.” Investigators learned that shortly after the Draco left Seattle, the dinghy that carried most of the food and water for the trip was lost at sea. By the time Billy and his father reached Niue after 60 days aboard the Draco, the 9-year-old had lost 30 pounds.

On November 11, Jeff Hanson appeared in federal court in Seattle to face international kidnapping charges. He pled guilty in March 2015 and was sentenced last week to time served, which was about seven months in prison. As for the Draco, which was Hanson’s residence, it remains in Niue in dry dock—some 5,500 miles from Seattle—accumulating dock fees.

The FBI has launched a nationwide campaign to raise awareness of this growing threat.