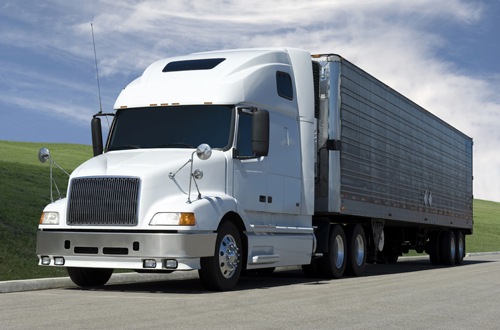 More than 800 commercial trucking companies in nearly a dozen states paid Atlanta-area insurance broker John Paul Kill approximately $3.7 million in premiums from 2013 to mid-2014 to purchase insurance that protected their livelihoods: their cargo and the trailers that carried it.

There was only one problem—for the most part, Kill didn’t purchase the insurance requested by his customers. Investigators with Georgia’s Insurance Commissioner’s Office discovered that Kill pocketed the premiums for his personal use.

Once Georgia officials realized the extent of Kill’s activities—millions of dollars in stolen premiums from customers in multiple jurisdictions—the office requested the assistance of the FBI. And as a result of the ensuing joint investigation, Kill pled guilty in federal court earlier this year to the nationwide cargo insurance scam. This past August, he was sentenced to four years in a federal prison and was also ordered to pay $1.23 million in restitution to his victims.

How did the scheme work?

In 2013, Kill, through his company, Appeals Insurance Agency (AIA)—which was actually housed in the basement of his home—began offering cargo insurance. He advertised his services mostly through word of mouth and by making cold calls to commercial trucking companies. Kill would solicit insurance agents to write policies for trucking companies and then, in his capacity as a broker, would claim to “bind” the policies written for those companies to recognized insurance companies, including Lloyd’s of London. In the insurance industry, binding coverage serves as an official agreement between the insurance provider and the insured party to provide insurance coverage.

For a small percentage of his clients, Kill bound cargo insurance policies through insurance companies that actually offered less extensive coverage than what the trucking companies thought they had purchased. But most of his clients received no policies at all—despite the premium payments they paid to Kill.

In addition to using the premiums sent to him by the trucking companies for his own benefit, Kill used a portion of the funds to pay off insurance claims that were filed with his office. Since most of his customers had no actual insurance coverage, he paid their claims so he wouldn’t raise their suspicions—he wanted to prolong the life of his illegal scheme for as long as possible.

At one point, though, a concerned insurance agent sent Lloyd’s of London a copy of a contract supposedly bound by John Paul Kill but which was actually fraudulent. Lloyd’s then contacted Georgia’s Insurance Commissioner’s Office to file a complaint. That office investigated, and subsequent search warrants uncovered bank ledgers showing that Kill, through AIA, deposited the illegal proceeds of his fraud into his own personal bank accounts. Kill later admitted to putting insurance premium checks into his accounts and also to creating insurance policy cover sheets for insurance agents and customers to make them believe they had purchased cargo theft insurance.

At the time of Kill’s guilty plea, FBI Atlanta Special Agent in Charge J. Britt Johnson said, “This case was about theft and greed. Mr. Kill displayed a complete disregard for his client companies, leaving them legally and fiscally vulnerable while allowing them to believe that they had appropriate insurance coverage. The FBI is pleased with the role it played in bringing this case forward for prosecution and holding Mr. Kill accountable for his actions.”

And if a prison term and an order to pay more than a million dollars in restitution weren’t bad enough for John Paul Kill, the state of Georgia also revoked his license to sell insurance.

Special thanks to our colleagues in Georgia’s Insurance Commissioner’s Office, whose expert investigative work laid the foundation for this successful federal prosecution.

Protect Yourself from Insurance Fraud

The victims of John Paul Kill’s insurance fraud scheme were commercial trucking companies, but anyone—public, private, and/or commercial enterprises, as well as regular citizens—can be victimized by insurance fraudsters. Here are a few general tips to help ensure that doesn’t happen:

And if you think you’ve been scammed, contact your state’s insurance office immediately.

Two-factor authentication increases security by incorporating requirements beyond something you know (your password).