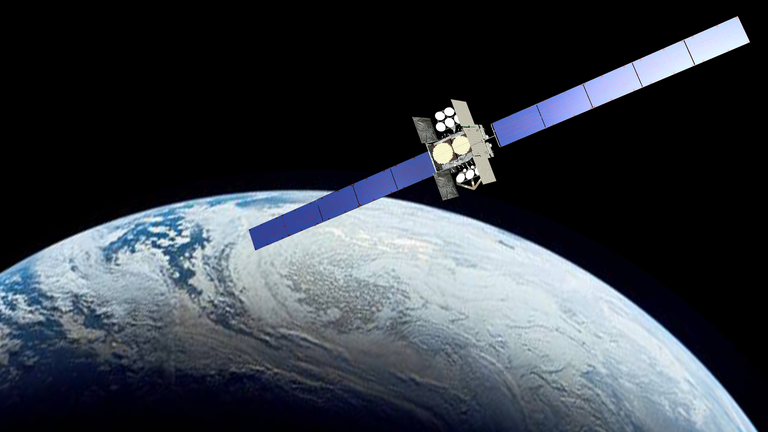 On July 7, 2016, three days after his fellow Americans had celebrated the nation’s Independence Day, engineer Gregory Allen Justice—who worked for a cleared government contractor in California—was arrested in a hotel room for selling sensitive satellite information to someone he believed was a Russian agent.

Unfortunately for Justice, that foreign agent turned out to be an undercover FBI employee. And this wasn’t the first time that Justice had passed satellite secrets to his “handler”—but it would be his last. He was immediately taken into custody by the FBI on charges of selling proprietary trade secrets and technical data that had been controlled for export from the United States.

Justice had been employed with the government contractor—under its satellite systems program—since 2000. He was assigned to a team working to build and test U.S. military satellites, including projects for the Air Force, Navy, and NASA that involved satellites with communication, navigational, and observational technology. The trade secrets and other technical data he had access to as part of his job related to areas such as satellite operations testing, firmware installed on satellites, and anti-jamming technology.

After the FBI’s Los Angeles Division opened its investigation into Justice’s activities, a lawful search of his vehicle uncovered handwritten notes containing addresses for the Russian Embassy in Washington, D.C. and the Russian Consulate in San Francisco.

In February 2016, the Bureau’s undercover employee—in the guise of a Russian agent—was able to make contact with Justice, who was more than willing to talk and eventually meet with the employee a total of six times. They first met at a coffee shop and then in various hotel rooms—and each time, Justice turned over a thumb drive with information downloaded from his employer’s computer network. All told, Justice received $3,500 in cash from the undercover employee.

Unfortunately for Justice, that foreign agent turned out to be an undercover FBI employee.

Justice explained to his “handler” that his motivation for his activities was to pay his wife’s medical bills (and indeed, our investigation revealed that his wife was suffering from a variety of medical issues and he had told her she had to cancel some of her appointments). But our investigation also revealed that the $3,500 Justice received—plus approximately $20,000 of his own money—went toward gifts of cash and merchandise for an online girlfriend he had never met in person.

In talking to the undercover employee, Justice—who had a fascination with spy novels, movies, and television programs—fancied himself a man of espionage and intrigue and wanted to forge a close relationship with his handler. He paid more than $4,000 for online courses like “Spy Escape and Evasion,” “Legally Concealed,” and “Fight Fast.” Justice even offered to give the undercover employee a tour of his work facility and recommended that the handler wear special glasses equipped with a hidden camera to covertly take pictures.

Justice had taken all the required security training sessions from his employer so he understood what he was doing was wrong. But from his conversations with the FBI’s undercover employee, it was also clear that he knew the value of the information he was passing along: At one point, he suggested that some of the digital documents he provided could be used to intercept communications, or even substitute communications. Justice also understood that the ultimate destination of the files he was handing over was Moscow.

A special thanks goes to the Air Force Office of Special Investigations and the U.S. Attorney’s Office for the Central District of California for its assistance during the case. Also playing a role in this matter was Justice’s employer—a cleared government contractor that already had a relationship with the FBI through its Counterintelligence Strategic Partnership Program.

As a result of the overwhelming evidence collected against him by the Bureau during the course of its investigation, in May of 2017, Gregory Allen Justice pleaded guilty to attempting to commit economic espionage, attempting to violate the Arms Export Control Act, and violating the International Traffic in Arms Regulations (ITAR). Last September, he was sentenced to five years in federal prison.

Justice, it could be said, was definitely served in this case.

A joint investigation by the FBI and its partners resulted in the takedown of a criminal drug trafficking organization responsible for transporting heroin into the Tampa Bay area.

When the space shuttle Columbia disaster occurred 15 years ago, the FBI was tasked with recovering the remains of the crew, stabilizing hazardous material, and securing classified equipment.