It was September 2009—a few days before the eighth anniversary of the 9/11 attacks—when the Denver Joint Terrorism Task Force (JTTF) received word that a Colorado resident and al Qaeda recruit was about to carry out a major terrorist attack. The jihadist needed to be located with the utmost urgency.

“We got the call on Labor Day,” recalled Special Agent John Scata, who supervises one of Denver’s two international terrorism squads, “and we immediately began working around the clock.”

Using the JTTF’s multi-agency approach to conducting investigations and gathering and sharing intelligence, task force members located Najibullah Zazi and helped track him to New York City, where he intended to become a suicide bomber in the subway system around the time of the 9/11 anniversary. “If we hadn’t found him in Denver as quickly as we did,” Scata said, “he might have gone into the wind and things could have turned out differently.”

Denver: Crossroads of the Country 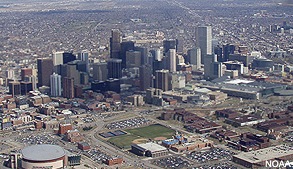 Denver’s JTTF is extremely active, said Special Agent in Charge James Yacone, because “we have a very large territory, a significant international footprint, and we are geographically located at the crossroads of the U.S.”

Contained within the Denver office’s area of responsibility are:

- Seven major military bases;
- About 400 defense contractors with security clearances who work on classified government projects;
- A constant stream of international visitors and students who come to the region for business, research, and academic pursuits; and
- More than 1,000 high-tech companies.

“All of those things require us to maintain a constant vigilance against terrorists and other extremists who would do us harm,” Yacone said. “That’s why the JTTF is critical to our operations and to the safety of the country.”

Zazi and two of his high school classmates had previously traveled to Pakistan to receive al Qaeda training, including how to make bombs. His self-described plot to “weaken America” by killing innocent subway riders has been characterized as one of the most serious terrorist threats to the U.S. since the 9/11 attacks.

“Zazi is part of the spread of homegrown violent extremism in America,” said James Yacone, special agent in charge of our Denver office. “He was trained internationally but he became radicalized in the U.S. through the Internet. He was planning and facilitating his attack in Colorado, but his target was New York City.”

The plot was foiled thanks to an all-out effort by law enforcement and intelligence agencies around the world. Much of that effort was focused through Denver’s JTTF, which is comprised of more than 20 local, state, and federal agencies. There are actually three separate squads that form the task force—two that deal with international terrorism and one that concentrates on domestic terrorism.

Created in 1994, Denver’s JTTF is one of the Bureau’s oldest (our New York office established the first in 1980). “Our task force is very active,” said Yacone. “The Zazi case was well publicized, but our squads handle many other counterterrorism investigations—international and domestic. Protecting the country from terror attacks is the FBI’s number one priority.”

The JTTF’s team concept works well, Yacone explained. “All the local and state police officers and detectives on the task force have the same clearances that our agents do. They sit side by side, work together, and have the same access to all our resources.” More than 100 FBI-led JTTFs located around the country are organized the same way. 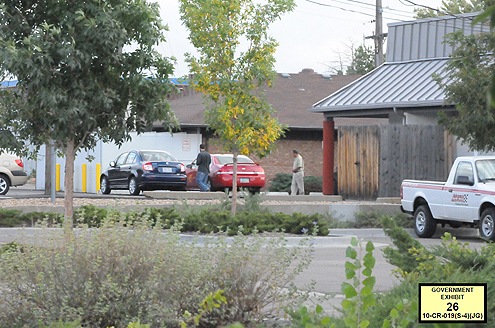 Surveillance photo of Najibullah Zazi and his dad walking toward the
rental car Zazi drove from Denver to New York.

John Nagengast, a detective with Colorado’s Aurora Police Department, is a JTTF task force officer who worked on the Zazi case. “I am basically a local cop who deals with local crime,” he said. “Working the Zazi case opened up my world to the threat of terrorism.”

Nagengast explained that “a lot of entities were involved in the investigation, including the military and the intelligence community—and the Denver JTTF was central to the operation. We were ground zero for the Zazi investigation.” He added, “I got to see very quickly how the Bureau, locals, and state law enforcement came together with agencies around the world to prevent this attack. It was amazing to be a part of it.”

The arrest of a 20-year-old Zuni woman for selling two baggies of cocaine that each contained less than one gram of the drug might be considered a minor offense in many jurisdictions—but in Indian Country, federal prosecutors are taking a different approach.

J. Edgar Hoover was just 18 years old when he took his first job in government—an entry-level position as a messenger in the orders department of the Library of Congress.