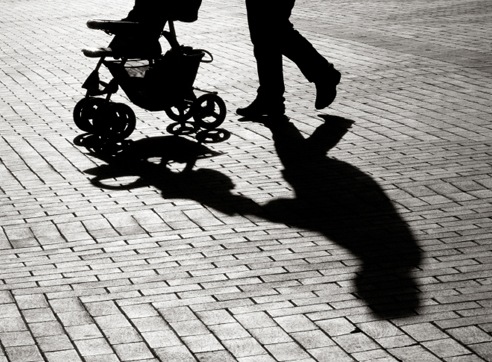 In April, for example, a 30-year-old Texas woman shot and killed a 28-year-old mother while kidnapping her 3-day-old son from a pediatric center. The infant was recovered six hours later.

“For the most part, women are no longer going into hospitals and dressing in nurse’s uniforms and walking out with children,” said Ashli-Jade Douglas, an FBI intelligence analyst who works in our Crimes Against Children Unit and specializes in child abduction matters. That’s because hospital security has greatly improved over the years.

A recent case illustrates the point: Last month, a woman entered a California hospital dressed in medical scrubs and abducted a newborn girl, hiding the baby in a bag. But when she attempted to walk out of the hospital, the baby’s security bracelet triggered an alarm and the woman was caught.

Because of heightened hospital security, Douglas said, “now women who desperately want a child—and are willing to go to extreme lengths to get one—have to gain direct contact with their victims, and that’s when things can turn violent.”

“The women who commit these crimes are usually between the ages of 17 and 33,” said Douglas, who provides analytical support to our Child Abduction Rapid Deployment Team. “Usually, they are unable to get pregnant. Often, they will fake a pregnancy in the hopes of keeping a boyfriend or husband.” In most cases, she added, the women intend no harm to the infants—and maybe not even the mother. “They just want a child to raise as their own and will do anything to get one.”

Mothers and fathers are understandably absorbed with their new babies, but they should still exercise caution and common sense when using social networking sites online:

- Make sure your online privacy settings do not allow strangers—and possible offenders—to gain access to personal information such as where you plan to be with your baby at a certain time or on a certain day. Inadequate privacy settings also allow others to track your movements using embedded information in pictures posted online.

- Our Crimes Against Children Unit suggests that new parents may not want to display the traditional pink or blue balloons outside their homes announcing a baby shower or a new arrival. “Doing so will advise random strangers that you have a new baby in the house or will soon,” said Intelligence Analyst Ashli-Jade Douglas.

- People in general and especially new and expectant mothers should be aware of their surroundings whenever they are out in public. “Is someone too interested in your pregnancy or your newborn, asking too many questions or sounding odd?” Douglas asked. “Those may be red flags.”

- Lastly, any type of incident or odd behavior should be reported to local authorities. “You may not think it’s important,” Douglas explained, “but that type of information allows us to track incidents and it could help prevent future abductions.”

Another emerging trend, Douglas said, is that women desperate for a child are turning to social networking websites to locate victims. “We have seen several recent cases involving social networking sites,” she explained, “and we see how easy it is to use these websites to gain access to targets.”

In January, for example, a 32-year-old Florida woman developed a friendship with a younger new mother through a social networking site. The woman lied about having her own newborn and claimed the child was sick and in the hospital. The victim invited the woman to spend the night at her house, and the next morning, when the victim was in the shower, the woman abducted her 2-week-old infant. She then deleted her contact information from the victim’s social networking site, thinking she would not be found. The baby was recovered and the woman was arrested.

“Parents should check their privacy settings on social networking sites,” Douglas said, and they should always use caution on the Internet (see sidebar). Without the proper settings, pictures posted online can contain embedded information that allows others to track your movements.

“This information is important to share with parents,” Douglas said. “They should be aware of their physical surroundings and how they use the Internet. This can help protect mothers and their babies.”

The murder of Judge Vincent Sherry and his wife, Margaret, at the hands of the so-called Dixie Mafia exposed the lawlessness and corruption that had overtaken Mississippi’s Gulf Coast in the 1980s.