If It’s Too Good to Be True…

If It’s Too Good to Be True… 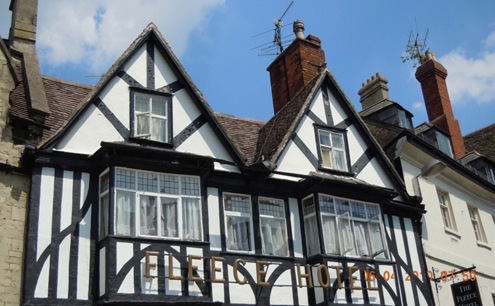 One of the United Kingdom hotel properties that victims of Martin Sigillito’s Ponzi scheme thought they were investing in.

If a respected member of your community offered you an investment opportunity, you might consider it. Especially if it’s a man of the cloth.

For nearly a decade, Martin Sigillito—a bishop in the American Anglican Convocation and a St. Louis attorney—convinced 200-plus people to do more than just consider it: they actually entrusted him with their money to invest in a financial venture. But this venture turned out to be an old-fashioned Ponzi scheme, and in April of this year, Sigillito was convicted of leading a conspiracy that swindled $52 million from victim investors.

How the scam began. In late 2000, Sigillito opened a law office but didn’t actually practice law—instead, he advertised his “international business consulting services.” One of the “services” he offered was participation in the British Lending Program (BLP), transformed by Sigillito into a Ponzi scheme. Through the BLP, investors could “loan” money to a real estate developer in the United Kingdom for short periods of time, mostly one year, at high rates of return—between 10 and 48 percent.

This real estate developer, according to Sigillito, had a knack for spotting undervalued properties he could flip for a profit, had options on land that would become valuable when re-zoned, and had inside connections with British authorities. It sounded like a win-win for investors.

Unfortunately, this British developer was not the wunderkind Sigillito made him out to be—he was just another link in the criminal conspiracy.

How did Sigillito convince his investors to part with their money? He exploited his personal ties to people and particular groups he was affiliated with—like his church, social clubs, professional acquaintances, family, and neighbors—in a technique known as affinity fraud. He also held himself up as an expert in international law and finance and claimed he was a lecturer at Oxford University in England (when in reality he had simply taken part in a summer legal program at Oxford). 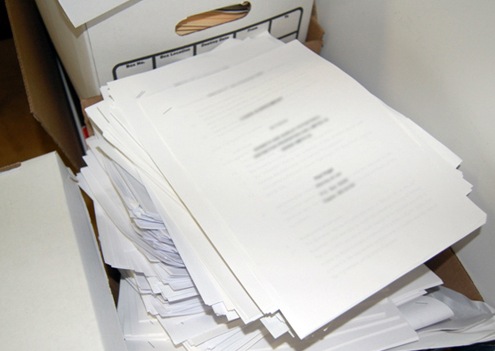 Some of the more than 2,000 phony loan agreements seized after Sigillito’s arrest that were used along with bank records to identify victims and calculate losses.

Sigillito, who also conspired with another American attorney, insisted that his investors’ funds initially be placed into his trust account, from which he would take exorbitant fees for himself and his co-conspirators. Even though he told investors he would then transmit the money to the U.K., Sigillito actually kept most of the funds in one or more American bank accounts he controlled.

For a while, the scam was self-sustaining: Many investors let their interest payments accrue and rolled their loans over every year, plus Sigillito brought in enough new investors to make interest and principal payments to any previous investor who asked for payment. And all the while, he made enough in “fees” to support his affluent lifestyle—which included exclusive club memberships, expensive vacations, a country home, a chauffeur, private school for his kids, and collections of rare and antique books, maps, prints, coins, jewelry, and liquor.

How the scam ended. Eventually, an increasing number of investors meant increasing payout requirements, which resulted in the BLP making late interest payments or missing interest payments all together. Then investors began clamoring to withdraw their funds. And finally, Sigillito’s own assistant became suspicious of his activities and contacted the FBI.

The takeaway from this case? Fully investigate any investment opportunity before handing over your hard-earned money—see our sidebar for tips on how to avoid being victimized.

Inside the Denver JTTF, Part 2

The more than 100 FBI-led Joint Terrorism Task Forces (JTTFs) around the country rely on a network of local, state, and federal partners to help protect the nation. In Denver, one of our key partners is the Colorado Information Analysis Center.

The arrest of a 20-year-old Zuni woman for selling two baggies of cocaine that each contained less than one gram of the drug might be considered a minor offense in many jurisdictions—but in Indian Country, federal prosecutors are taking a different approach.