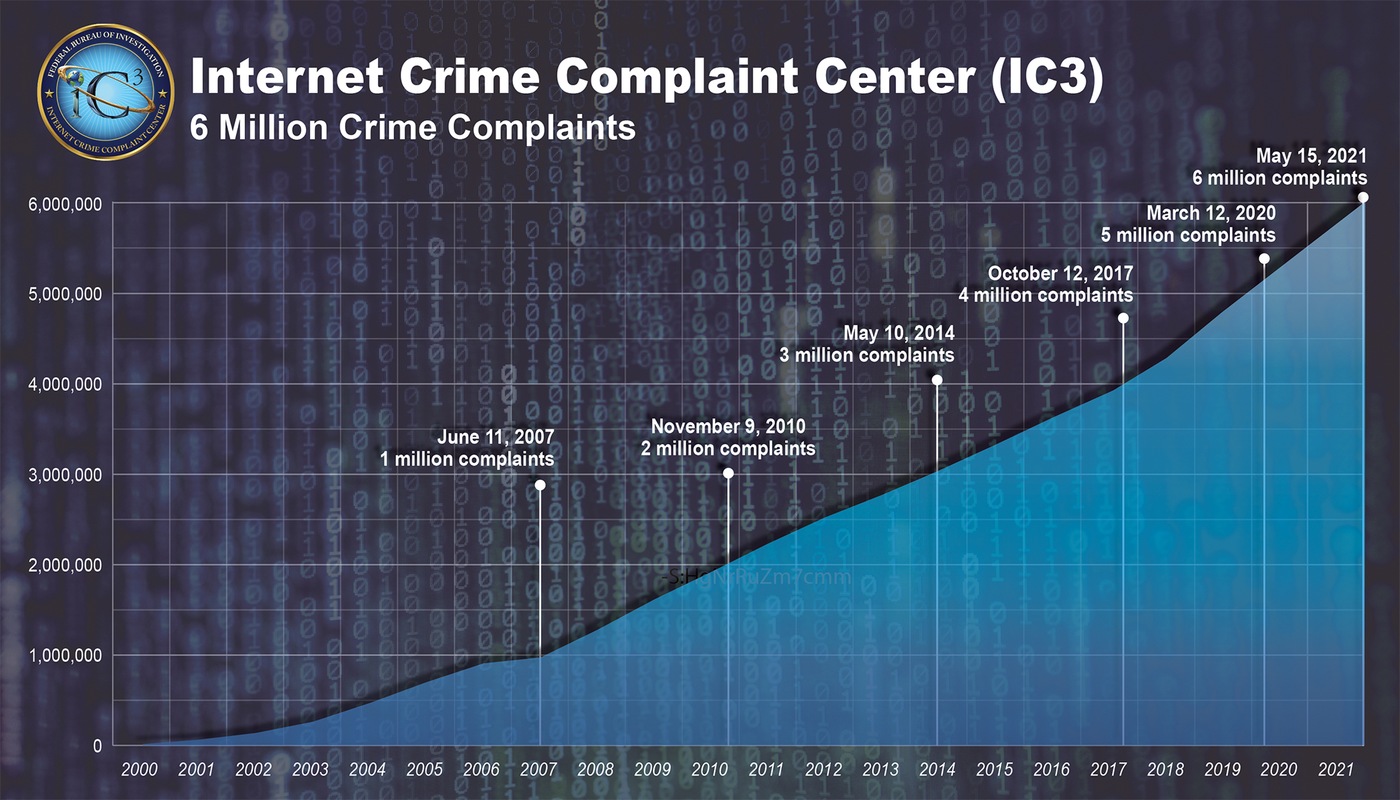 It took nearly seven years for the FBI’s Internet Crime Complaint Center (IC3) to log its first million complaints. It took only 14 months to add the most recent million.

The IC3 logged five million complaints on March 12, 2020, a few weeks before it marked its 20th anniversary. After a period of record reporting, the center received its 6 millionth complaint on May 15, 2021.

“On one hand, the number holds some positive news,” said IC3 Chief Donna Gregory. “People know how to find us and how to report an incident.” Gregory said more reporting makes the FBI more effective in investigating cyber-enabled crime. “But on the other hand,” she added, “these numbers indicate more people are being affected by online crimes and scams.”

The IC3 collects and reports out its data in an annual report and educates the public by sending out notices about new scams or upticks in certain type of crimes. Its other key role is to support law enforcement. Federal, state, local, and tribal agencies can access the IC3’s data through a secure database, and, with a prompt report, FBI-led teams can support efforts to freeze lost funds.

IC3 saw complaints increase nearly 70% between 2019 and 2020. The top three crimes reported by victims in 2020 were phishing scams, non-payment/non-delivery scams, and extortion. Victims lost the most money to business email compromise scams, romance and confidence schemes, and investment fraud.

Notably, 2020 saw the emergence of scams exploiting the COVID-19 pandemic. The increase in crimes reported in 2020 may have also been due in part to the pandemic driving more commerce and activities online. The latest numbers indicate 2021 may be another record year.

To report a crime or see the IC3’s annual reports and warnings about current crimes, scams, and frauds, visit ic3.gov.

As part of an ongoing effort to make the Bureau more representative and inclusive, our executive corridor has undergone a steady transition to better reflect the communities we serve.