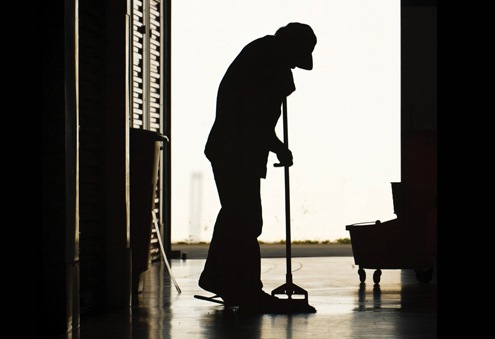 Human trafficking victims can be found in many job locations and industries.

For the young Ukrainians, it was a dream come true—the promise of well-paying jobs and free room and board in the United States. Once they arrived, however, it quickly turned into a nightmare. They were forced to endure 16-plus hour workdays, usually with no pay. Their living conditions were wretched, with up to 10 workers in often-unfurnished apartments or row houses. And they faced intimidation, threats of physical harm, or actual violence to keep them in line.

Members of the organized criminal enterprise responsible for these workers’ misery were ultimately identified and charged in a conspiracy to operate a human trafficking scheme. But, as we observe National Slavery and Human Trafficking Prevention Month, we’re reminded that there are still thousands of victims in the U.S.—and millions worldwide—being forced into both legal and illegal activities.

Human trafficking generates billions of dollars of profit each year, making it one of the world’s fastest growing criminal activities. The FBI investigates it as a priority under our civil rights program, but we see human trafficking activities in other investigative areas as well, including organized crime, crimes against children, and gangs.

To address the threat, we work cases with our local, state, federal, and international partners and participate in approximately 70 multi-agency human trafficking task forces. We also offer our counterparts—as well as non-governmental organizations, including non-profits—human trafficking awareness training. And to help get a better handle on human trafficking within the U.S., the FBI’s Uniform Crime Reporting program plans to start collecting human trafficking data from law enforcement in 2013.

Many of our human trafficking cases are based on information from our partners and from criminal sources, but we also can and do receive tips from the public.

That’s where you come in. Please keep your eyes out for the following indicators that suggest the possibility of human trafficking:

And here’s one more thing to consider: while the majority of human trafficking victims in our investigations are from other countries and may speak little or no English, approximately 33 percent of victims are Americans. They come from a variety of groups that are vulnerable to coercive tactics—like minors, certain immigrant populations, the homeless, substance abusers, the mentally challenged and/or minimally educated, and those who come from cultures that historically distrust law enforcement or who have little or no experience with the legal system.

If you suspect human trafficking activities, do us and the victims a big favor: call the National Human Trafficking Resource Center at 1-888-373-7888 or contact the FBI through our Tips webpage. 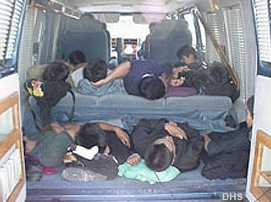 Be aware of these enduring myths about human trafficking:

Myth: Trafficking must involve the crossing of borders.
Fact: Despite the use of the word “trafficking,” victims can actually be held within their own country—anti-trafficking laws don’t require that victims must have traveled from somewhere else.

Myth: U.S. citizens can’t be trafficked.
Fact: They can and they are.

Myth: Victims know what they are getting into or have chances to escape.
Fact: They’re actually duped into it and may not even think of escaping because of threats against them or ignorance of the law.

Myth: Victims are never paid.
Fact: Sometimes they are paid, but not very much.

Myth: Victims never have freedom of movement.
Fact: Some victims can move about, but are coerced into always returning, perhaps with a threat against their families back home.

One last note: human trafficking is often confused with alien smuggling, which includes those who consent to smuggling to get across a border illegally.

A Byte Out of History: Closing in on the Barker/Karpis Gang

In January 1935—77 years ago this month—more than a dozen Bureau agents surrounded a quaint two-story home on Lake Weir, Florida. Within moments, a fierce shoot-out erupted.

On a September evening in 2009, a woman answered a knock at her Nashville, Tennessee door from someone claiming to be an immigration agent.