How a Tip Uncovered an International Sextortion Scheme

How a Single Tip Uncovered an International Scheme 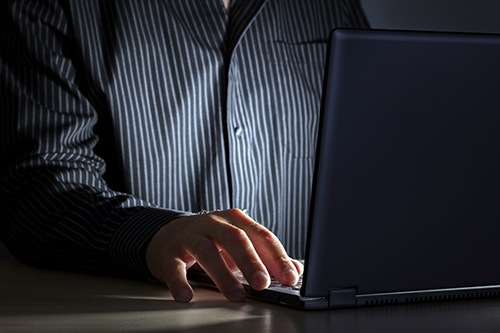 The investigation that uncovered a far-reaching sextortion scheme by a U.S. State Department employee at the U.S. Embassy in London all started with a single complaint by a young victim in Kentucky. She went to the police.

“The victim basically was saying that she was being cyberstalked by some guy who got into her e-mail and was threatening to expose compromising photos of her to her friends and family,” said FBI Special Agent Andrew Young, who interviewed some of the hundreds of victims targeted by Michael C. Ford, a former State Department civilian employee who was sentenced last month to nearly five years in prison for hacking into the e-mail accounts of young women to extort them.

According to the facts of the case, between January 2013 and May 2015, Ford—while working in London—posed as a member of a large web company’s “account deletion team” and sent out e-mails to thousands of women warning them that their e-mail accounts would be deleted if they didn’t provide their passwords. Ford then used the passwords he received to hack into victims’ e-mail and social media accounts to search for nude and topless photos and personal information like contacts and addresses.

He hacked into at least 450 e-mail accounts and admitted e-mailing at least 75 women, threatening to circulate their compromising pictures unless they sent him more.

Following the initial complaint in Kentucky, local police reached out to the FBI in Louisville, where agents traced the source of the e-mails to a State Department server in London. The Diplomatic Security Service (DSS) began an internal probe that led to Ford and uncovered the massive hacking, cyberstalking, and sextortion scheme. Young said the investigation showed Ford spent the bulk of his time at work using a government computer to “extort women, hack into their e-mail accounts, and threaten them.”

The FBI’s primary role in the investigation was interviewing victims across the U.S. to build a case. “They were angry,” said Young, who worked the case out of the FBI’s Atlanta Field Office, which had jurisdiction because Ford had Georgia residency. “Somebody steals your most private pictures out of your computer, then comes back and threatens you with it. They felt compromised.”

At Ford’s March 21 sentencing, prosecutors presented evidence of another scheme he started several years earlier, in 2009. Posing as a talent scout, Ford combed through websites where aspiring models posted their pictures and contact information. He duped young women into sending personal information, including their measurements and dates of birth. “He would send them an e-mail with a link, and when they clicked on the link he got access to their computer and e-mail accounts,” Young said.

Ford, 36, of Atlanta, was indicted August 18, 2015 following his arrest by DSS during a visit to Atlanta. He pled guilty in December.

His plea was due in large part to the voluminous evidence against him, including the statements of victims like the one who came forward in Kentucky.

“There was no getting around it,” Young said. “Witness after witness and a lot of forensic evidence—it made putting him in jail a whole lot easier.”

Incidents of Ransomware on the Rise

FBI offers tips to protect yourself and your organization from this growing threat.

Two sentenced in case that illustrates the threat posed by gangs.