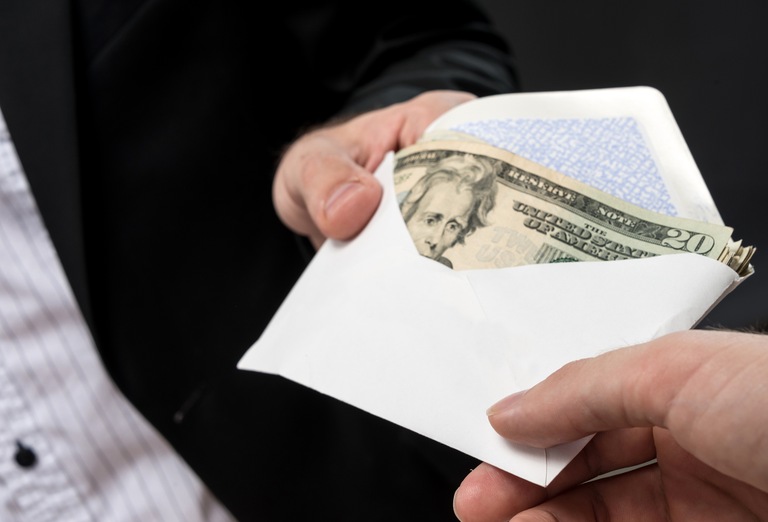 The FBI is using a recent high-profile public corruption case—one that involved a longtime board member of Houston Community College—to raise awareness about unscrupulous officials who violate the public trust for personal gain.

In January 2018, a federal judge sentenced 53-year-old Chris Oliver to 70 months in prison after his conviction on bribery charges. First elected to the community college board in 1995, Oliver held a position of trust—but in 2009, he began soliciting and accepting bribes to influence how lucrative contracts were awarded.

“He had considerable influence,” said Special Agent Mark Michalek, who supervises public corruption investigations in the FBI’s Houston Division. “Eventually someone came forward to report that Oliver was requiring cash bribes in order for people to get contracts or work within the community college network.”

Houston Community College (HCC) is one of the largest community college operations in the country, Michalek said, with an annual operating budget that approaches $350 million. At the time of his arrest in 2016, Oliver was vice chair of the board, which consisted of nine members each elected to six-year terms.

The FBI’s investigation revealed that during a period of approximately seven years, Oliver accepted nearly 70 bribe payments totaling more than $225,000 from individuals seeking contracts with HCC to perform work related to the college’s grounds and facilities. Oliver often received cash payments of thousands of dollars stuffed in envelopes, delivered in local coffee shops. “He had been getting away with it for so long, he was brazen—he must have felt he was above the law,” Michalek said.

“He had been getting away with it for so long, he was brazen—he must have felt he was above the law.”

“The individual who came forward was a victim in the case because he was put in a position of having to pay Chris Oliver to be able to get contracts with the college,” Michalek explained. “Victims sometimes assume they have no other option. Before long in a culture like that,” he added, “bribes and kickbacks can feel like the normal way of doing business.” Corrupt public officials create other victims as well, chief among them members of the community who lose faith in their elected and appointed officials—and, by extension, the institutions they represent. That’s why public corruption is the FBI’s top criminal investigative priority, and why the FBI’s Houston office is using the Oliver case to raise awareness and to encourage citizens to come forward if they suspect that an individual in a position of public trust is abusing that trust.

“Our focus is on those who exploit their official position for personal gain,” Michalek said. “That usually takes the form of bribery, kickbacks, extortion, and misappropriation schemes.” He added that such cases can be very challenging to uncover and difficult to investigate. “That’s why we rely heavily on the public to help us do our jobs,” he said. “We are encouraging anyone who sees something—even if you are not certain it’s a crime—to contact the FBI.”

Michalek, a 13-year veteran of the FBI, has seen firsthand the negative effect corrupt officials can have. Although most public servants are honest, those few who seek to line their pockets “can tear away at the fabric of the community,” he noted.

When Oliver was arrested—thanks to a sting operation in which he was recorded accepting bribes—“people at HCC were in shock,” Michalek said. As a result, the college undertook audits and began to change the way it does business. Even better, Michalek explained, would be preventing the corruption in the first place. “The strategy of prevention—in large part by educating the public—is much more effective in the long run than having to repair the damage to the reputation of our government institutions caused by a select few who violate the public’s trust.”

Chaplains are an integral part of the FBI’s crisis intervention program and provide spiritual support to employees in situations ranging from personal tragedies to mass casualty events.

A child sex trafficking ring was dismantled, its victims rescued, and its leader sentenced to life in prison thanks to a collaborative FBI Child Exploitation Task Force investigation in Ohio.