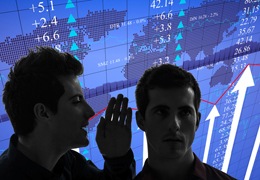 For Mathew Martoma, 2008 seemed like a banner year. As an up-and-coming portfolio manager for the hedge fund company SAC Capital, he helped earn $275 million in profits and avoided losses related to trades involving pharmaceutical companies and an experimental Alzheimer’s drug. He even took home a $9 million bonus in the process.

If that sounds too good to be true—especially during a rocky year for the stock market—that’s because it was. Martoma’s success was based not on his investment savvy but on illegally obtained inside information. Earlier this month, he was convicted of securities fraud in a Manhattan federal court in what U.S. Attorney Preet Bharara called “the most lucrative insider trader scheme ever charged.”

Martoma went to work for SAC Capital in 2006 and was responsible for investment decisions related to public companies in the health care sector. At the time, two pharmaceutical companies were involved in clinical trials for a new Alzheimer’s drug. One of Martoma’s first steps was to reach out to expert networking firms—businesses that arrange paid consultations between financial industry clients and experts in various fields who can offer advice, analysis, and market research. This was all perfectly legal, since the information exchanged wasn’t considered material, non-public data.

But Martoma wanted more. Through an expert networking firm, he connected with two doctors involved in the Alzheimer’s drug trials who he knew would have the kind of confidential information he wanted.

From 2006 until July 2008, Martoma arranged for dozens of “consultations” with these doctors, often engaging in subterfuge to disguise the nature of their communications (e.g., sending e-mails to schedule meetings or phone calls on bogus topics). Taking full advantage of his financial and personal relationships with them, Martoma managed to solicit inside information on the drug trials that led him and SAC Capital to trade aggressively...racking up millions in profits.

Early on, information from one of the doctors included generally positive safety data about the drug. After receiving that information, Martoma purchased shares of both pharmaceutical companies’ stock for his portfolio and recommended that SAC Capital do the same across the board. By spring 2008, SAC Capital held approximately $700 million worth of stock in these two companies.

But in mid-July 2008, one of the doctors—who later became a cooperating witness and testified against Martoma at his trial—discovered some unsettling information about the new drug: Alzheimer’s symptoms in patients taking the drug had consistently gotten worse over time. Chosen to make a public announcement about these drug trial results at an international Alzheimer’s conference on July 29, 2008, the doctor quickly forwarded the information to Martoma. And just as quickly, Martoma and SAC Capital unloaded nearly all of their stock in the two companies—thus avoiding huge losses when the announcement about the drug trial results became known.

The case began in 2009, when our partners at the Securities and Exchange Commission referred to us incidents of suspicious trading in two health care stocks by SAC Capital. After reviewing trading records and other documentation, we identified Martoma. And subsequent investigative efforts—which included executing search warrants, reviewing financial and other business records, interviewing witnesses, and reviewing e-mail evidence—culminated in Martoma’s arrest in December 2012.

Through this investigation and many others like it, we continue to work against corruption in U.S. financial markets to help ensure fairness in the marketplace.

Corrupt DMV employees issued licenses for payments between $500 and $2,500.