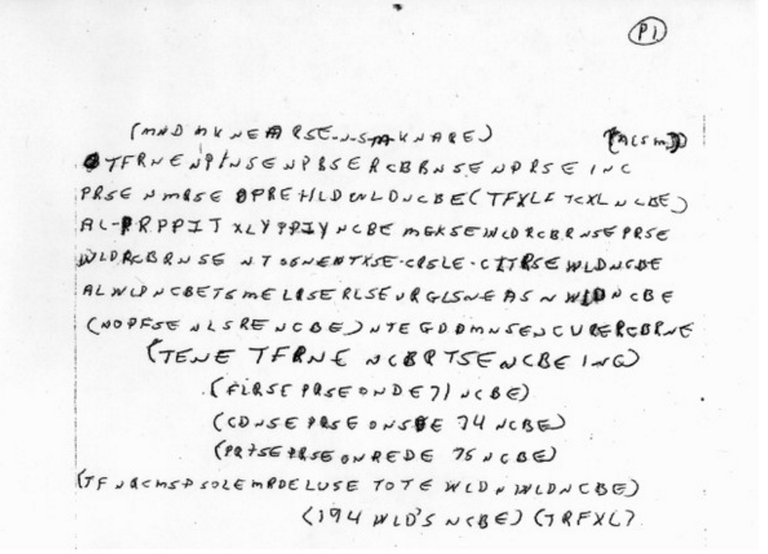 The meanings of the coded notes (above and below) remain a mystery to this day. 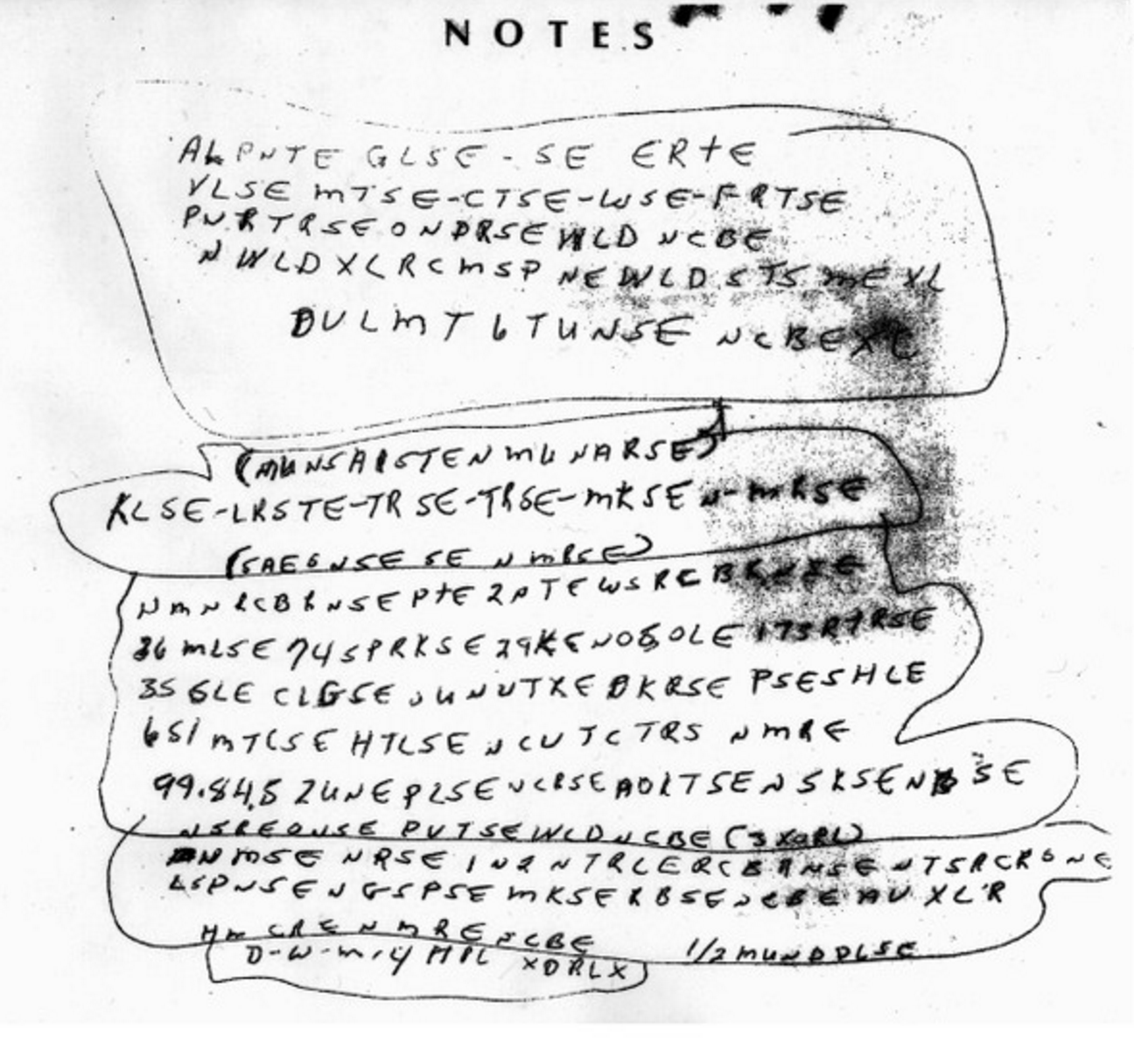 On June 30, 1999, sheriff’s officers in St. Louis, Missouri discovered the body of 41-year-old Ricky McCormick. He had been murdered and dumped in a field. The only clues regarding the homicide were two encrypted notes found in the victim’s pants pockets.

Despite extensive work by our Cryptanalysis and Racketeering Records Unit (CRRU), as well as help from the American Cryptogram Association, the meanings of those two coded notes remain a mystery to this day, and Ricky McCormick’s murderer has yet to face justice.

“We are really good at what we do,” said CRRU chief Dan Olson, “but we could use some help with this one.”

In fact, Ricky McCormick’s encrypted notes are one of CRRU’s top unsolved cases. “Breaking the code,” said Olson, “could reveal the victim’s whereabouts before his death and could lead to the solution of a homicide. Not every cipher we get arrives at our door under those circumstances.”

1. Determining the language allows you to compare the cipher text to the suspected language. Our cryptanalysts usually start with English.
2. Determining the system: Is this cipher using rearranged words, replaced words, or perhaps letter substitution? In this case, it’s letter substitution.
3. Reconstructing the key: This step answers the question of how the code maker changed the letters. In our example, every character shifted one letter to the right in the alphabet.
4. Reconstructing the plaintext: By applying the key from the previous step, you now have a solution: Meet me at the park at noon.

Over the years, a number of CRRU’s examiners—who are experts at breaking codes—have puzzled over the McCormick notes and applied a variety of analytical techniques to tease out an answer. “Standard routes of cryptanalysis seem to have hit brick walls,” Olson noted. Our cryptanalysts have several plausible theories about the notes, but so far, there has been no solution.

To move the case forward, examiners need another sample of McCormick’s coded system—or a similar one—that might offer context to the mystery notes or allow valuable comparisons to be made. Or, short of new evidence, Olson said, “Maybe someone with a fresh set of eyes might come up with a brilliant new idea.”

That’s where the public comes in. The FBI has always relied on tips and other assistance from the public to solve crimes, and although breaking a code may represent a special circumstance, your help could aid the investigation. Take a look at McCormick’s two notes. If you have an idea how to break the code, have seen similar codes, or have any information about the Ricky McCormick case, write to CRRU at the following address:

There is no reward being offered, just a challenge—and the satisfaction of knowing that your brain power might help bring a killer to justice.

“Even if we found out that he was writing a grocery list or a love letter,” Olson said, “we would still want to see how the code is solved. This is a cipher system we know nothing about.”

The Vault, our new electronic reading room, makes it easier to access and search FBI records.

The 2010 Director's Community Leadership Award recipients were honored in a ceremony at Headquarters.