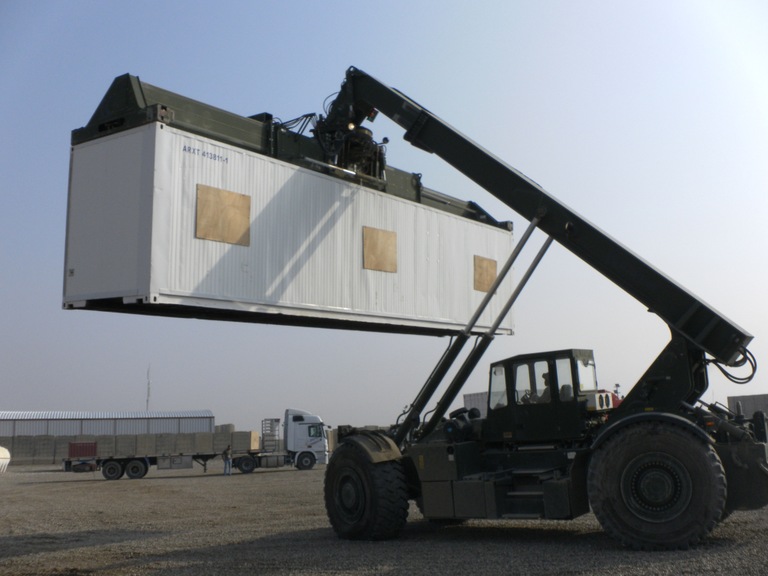 Former State Department employee Kenneth Apple steered contracts for micro-dairies such as this one—being moved by heavy equipment in Iraq—to a company partially owned by his son.

In 2009, Kenneth Apple was a trusted U.S. Department of State employee who was supposed to be working in Iraq to help the Iraqi people rebuild their country after years of war. Instead, Apple decided to help himself and his son.

Part of a U.S.-led Provincial Reconstruction Team—consisting of military personnel, diplomats, and agricultural experts like himself—Apple had oversight of multi-million-dollar contracts for a variety of projects designed to stabilize Iraq’s infrastructure and improve its economy.

Apple used his authority to illegally steer $2 million in contracts for micro-dairies to a shell company located in Montana in which his son owned a 50 percent interest—and the company had no experience in the micro-dairy field.

“Apple had the ability to influence the awarding of contracts,” said Special Agent Jeff Pollack, one of the agents who investigated the case from the FBI’s Washington Field Office. “He wanted to funnel money to his son. The opportunity was right in front of him, and he took it.”

Micro-dairies are essentially small, mobile dairy farms. “They can even be used in the desert on a slab of concrete,” Pollack said. “Housed inside a storage container is equipment that can process milk into cheese and yogurt. The idea was to provide food and create jobs for the Iraqis.”

During the contract application process, Apple illegally passed critical and confidential U.S. government information to his son—Jonathan Apple—and his son’s partner, who owned Xtreme Global Logistics Solutions (XGLS). The company, in turn, provided false information to U.S. government officials about its experience and capabilities. After the contracts were awarded, Jonathan Apple earned approximately $230,000 in profit, even though the dairy devices were never able to be commercially used.

In 2011, members of the FBI’s International Contract Corruption Task Force (ICCTF)—whose mission is to investigate Americans and others overseas who steal or illegally steer U.S. funds flowing into Iraq and Afghanistan—were looking into fraud allegations at one of the Provincial Reconstruction Teams in Iraq when they came across the XGLS deal.

“We uncovered information that the awarding of the $2 million micro-dairy contracts was not conducted in an appropriate manner,” Pollack said. 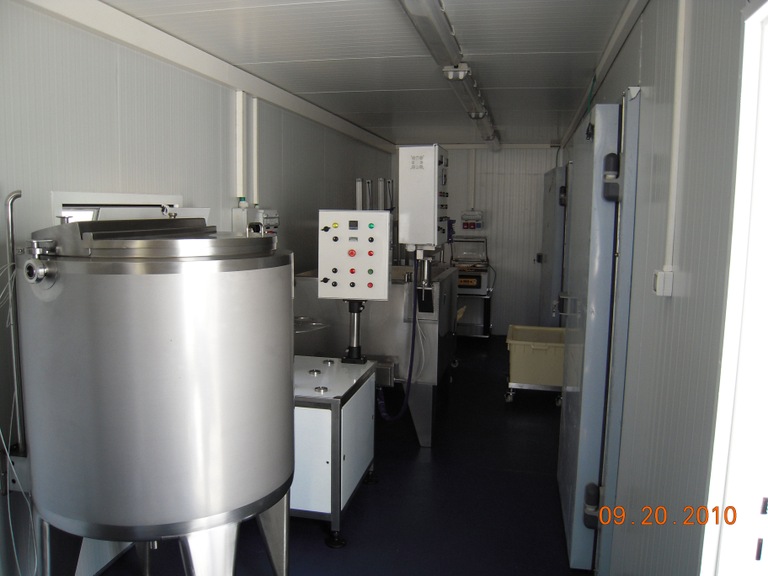 This micro-dairy, made by Jonathan Apple’s company, is housed in a storage container and includes equipment that can process milk into cheese and yogurt.

“There was actually a company in Iraq that could have done this work, and this contract could have helped them. But it never happened because of the fraud.”

When investigators later confronted Apple’s son, he lied about his role, stating that his father had no involvement in government contracting. When Kenneth Apple was questioned, he also lied and said he could not recall the owner of the company that won the micro-dairy contracts. “Kenneth Apple intentionally misled us,” Pollack said.

Apple was indicted in December 2015 for wire fraud, conspiracy to defraud the U.S., obstruction of justice, and making false statements. In July 2016, a federal jury in Virginia found him guilty on eight of nine charges. Evidence at trial showed that the micro-dairy units did not meet Iraqi Ministry of Health requirements, which was Apple’s responsibility.

Last month, Apple was sentenced to 50 months in prison and ordered to pay approximately $2 million in restitution and forfeit more than $550,000. In November 2015, Apple’s son pleaded guilty to his role in the scheme and cooperated with authorities, testifying against his father in court.

“The Iraqis were all for this,” he said. “They put up a substantial amount of money to get these micro-dairy systems and to train their people to use them.” But because of the fraudulent manner in which the contracts were awarded, and the company’s failure to meet Iraqi Ministry of Health requirements, the dairy devices were never used.

“There was actually a company in Iraq that could have done this work,” Lovett said. “And this contract could have helped them. But it never happened because of the fraud.”

Update: Marlon Jones, a Jamaican man charged with murdering four people during a bloody gun battle in a Los Angeles suburb, was apprehended one day after his addition to the FBI's Ten Most Wanted Fugitives list.

More than one million students around the country have completed the FBI's Safe Online Surfing (FBI-SOS) cyber education program since it was launched four years ago.