Scam on the Run 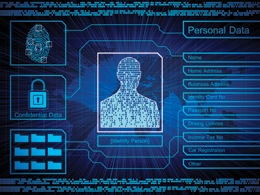 He made a living stealing other people’s identities…and then their money. And what a living it was—more than enough to bankroll luxury homes, fancy cars, expensive clothes and jewelry, and nights spent in clubs and casinos. When law enforcement was about to swoop in and arrest the thief, he managed to flee the country and continue his extravagant lifestyle abroad for about four years.

Eventually, thanks to investigators who wouldn’t give up and international partners who provided vital support, this man was found and returned to the U.S. to face justice. Last month, Tobechi Onwuhara, of Dallas, Texas—the ringleader of a multi-million-dollar fraud scheme and a former FBI wanted cyber fugitive—was sentenced to federal prison. Seven additional co-conspirators have either pled guilty or been convicted.

There’s no shortage of schemes that identity thieves perpetrate to line their own pockets—from stealing credit card numbers and fraudulently applying for loans and refunds to breaking into online bank accounts. Onwuhara’s specialty? He targeted home equity line of credit accounts, a form of revolving credit in which your home serves as collateral.

How the scheme worked: Onwuhara and his co-conspirators identified potential victims—people who had home equity line of credit accounts with large balances—by accessing certain fee-based websites often used in the real estate industry for customer leads (one of Onwuhara’s associates was a real estate agent). After collecting bits of personally identifiable information from those websites—like names, addresses, dates of birth, and Social Security numbers—and then using other online sites to obtain personal information to help with passwords and security questions, they were able to access victims’ credit reports online, which contained loan balances and other financial and personal information.

Armed with this information, Onwuhara would either call a customer service representative at a victim’s financial institution while impersonating the victim—or gain access to the victim’s online account—and request a transfer of funds from the home equity line of credit account into the victim’s checking or savings account. From those accounts, he’d request that the money be wired to another bank account—usually overseas and always one that he controlled.

To help with the impersonation, Onwuhara would use caller ID spoofing services to display the customer’s legitimate phone number. And in case the financial institution needed to call the customer back for some reason before the money was wired, Onwuhara—again impersonating the victim—would call the victim’s telephone company and request call forwarding to another phone (which of course belonged to a member of his criminal group).

Once the money was transferred, Onwuhara paid money mules in several different countries to withdraw the money and get it back to Onwuhara’s criminal enterprise.

Our investigation of Onwuhara’s scheme—which involved hundreds of victims nationwide, attempts to steal more than $38 million, and losses of $13 million—began in late 2007 after we received a complaint from a Washington, D.C.-area victim. We were ultimately able to identify and gather evidence against Onwuhara and his crew, and federal charges were handed down in August 2008. After he fled the U.S., ongoing international law enforcement efforts continued until December 2012, when he was located in Sydney, arrested by the Australian National Police, and returned to this country.

Identity Theft: How to Protect Yourself

Fortunately, these victims—because their financial institutions were insured—were reimbursed for their financial losses. But for all victims of identity theft, there are long-term challenges to face, including credit rating damage, the time and effort to repair damaged credit, and financial hardship. Here are a few tips to help you protect yourself and your loved ones from identity thieves: