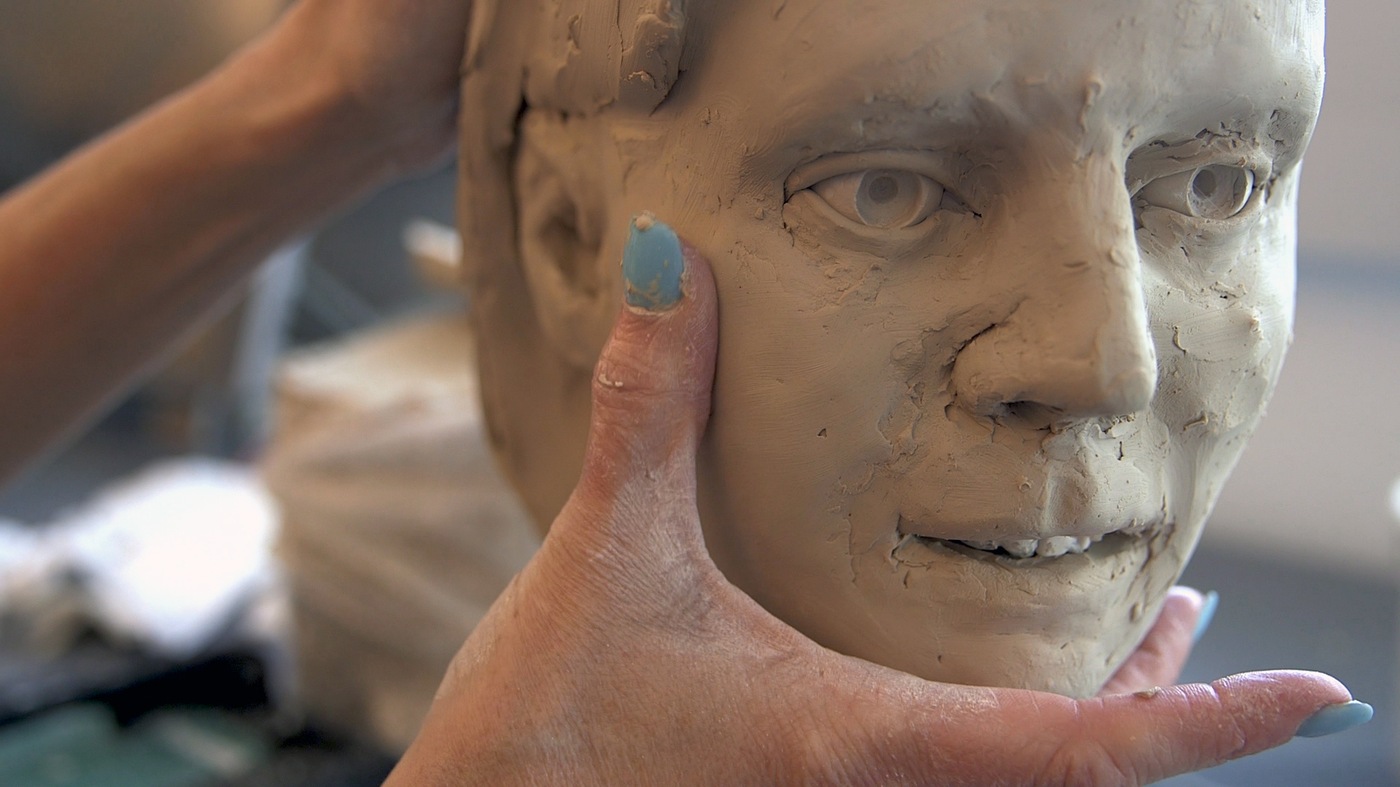 Lisa Bailey, a forensic artist at the FBI Laboratory in Quantico, Virginia, creates facial approximations of unidentified individuals using models of their skulls and anthropologist reports.

Fifteen years ago, hikers in a suburban Minnesota park discovered the skeletal, unclothed remains of a woman, 35 to 45 years old, with brown or reddish hair and evidence of significant dental work. The woman was never identified, and the case remains open as a homicide investigation.

In a bid to develop fresh leads, police in New Brighton, Minnesota earlier this year circulated new images showing what the woman may have looked like when she was alive. The facial approximation—rendered in clay using a forensic analysis of the women’s skull, along with a detailed anthropological workup and a deft artistic hand—was aimed at putting a distinctive face in front of as many people as possible, raising the odds that someone will recognize her. The process is a free service provided by the Trace Evidence Unit at the FBI Laboratory in Quantico, Virginia to support the law enforcement community.

“This process has given me new hope that my unidentified person will be identified someday,” said Mike Lochen, a detective in the Police Division of the New Brighton Department of Public Safety.

Nationwide, about 4,400 unidentified remains are found each year—and more than 1,000 of those are still unidentified a year later, according to the National Institute of Justice, which maintains searchable databases of missing and unidentified persons (NamUs.gov). Medical examiners and local police departments most frequently become the stewards of unidentified remains. And each year, about 20 requests are made to the FBI Laboratory to develop facial approximations of unidentified individuals to help investigators ultimately put a name to a face.

In recent years, the Office of the Chief Medical Examiner in Virginia posted images of FBI facial approximations, hoping to generate leads. The ensuing media coverage led to three positive identifications. In Massachusetts, a woman was recently identified after her brother saw the approximation on the news.

“We need the right person to see this image pretty much at the right time,” said Lisa Bailey, a visual information specialist at the FBI Lab who produces the Bureau’s facial approximations in a collaborative effort that includes forensic anthropologists and technicians who extract as much data as they can from human remains. “That’s one of the biggest things with these approximations—to get them out there. All we need is that one person to see it.”

“You can't go too far and make it art. It can't be a portrait. You can't make it pretty. You have to pull back and only do what the skull is showing you."

What the public ultimately sees is the result of many hours of examination, preparation, and artistry. It all starts when remains arrive at the FBI Lab and anthropologists assemble a report based on what the remains reveal—the subject’s age, sex, stature, and ancestry, for example. If there is a skull, a technician in the Lab’s Operational Projects Unit digitally scans it to create an exact replica on a 3-D printer. By the time a case gets to Bailey, she has an anthropologist’s report to refer to and a model skull on which to build her approximation.

“First, I read the anthropologist’s report and I sit and just evaluate the skull,” said Bailey, a graphic artist-turned forensic artist who joined the FBI 14 years ago. She studies the face shape and proportions and looks specifically at features like the brow ridge, cheek bones, the set of the eyes, the aperture of the nose, and the alignment of teeth.

“Every face is different because every skull is different,” Bailey said. “You can recognize somebody—even at a distance—because of the proportion of their face.”

For ears, lips, and eyelids—which can't be deduced from a skull—she refers to anthropological reference materials that include skull databases, catalogs of anonymous faces, and published research. The goal in an approximation is to draw attention to those prominent features revealed by the skull, and nothing else. 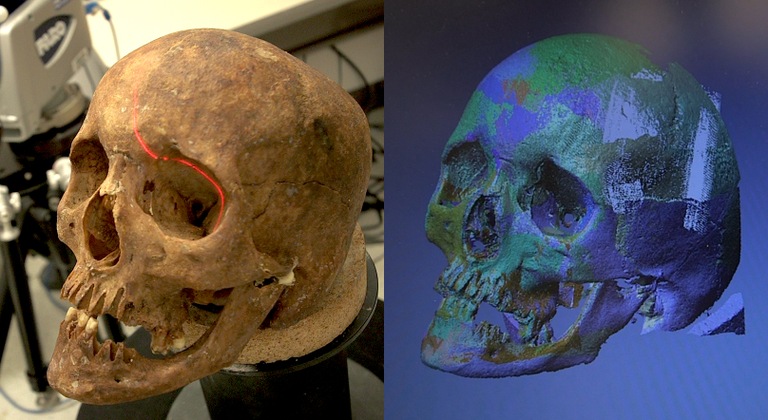 The skulls of unidentified remains are digitally scanned and then replicated using a three-dimensional printer.

“That’s the hardest part about being a forensic artist,” Bailey said. “You can't go too far and make it art. It can't be a portrait. You can't make it pretty. You have to pull back and only do what the skull is showing you.”

When Bailey is finished, she reveals the sculpture to the anthropologist who made the initial assessment. Together they might make some adjustments to draw out specific features.

“I want to make sure what I see on that face is what I think corresponds to the skull,” said Dr. Richard M. Thomas, one of two staff anthropologists at the FBI Lab. “I try and make sure all those things are being brought out in the sculpture. I haven't been working on it, so I’ll know exactly what I’m drawn to when I see the face.”

Investigators in Minnesota are hoping that moment of serendipity is how someone will recognize the unidentified women found in 2000. Detective Lochen in New Brighton said the new approximation has developed a few leads, but no breakthroughs.

It just takes the right person looking at the right time to make a connection, Bailey said. Timing and luck. “Seeing that one image could be the thing that makes somebody take a second look.”

Shanika Minor, our most recent Top Ten Fugitive, has been taken into custody.