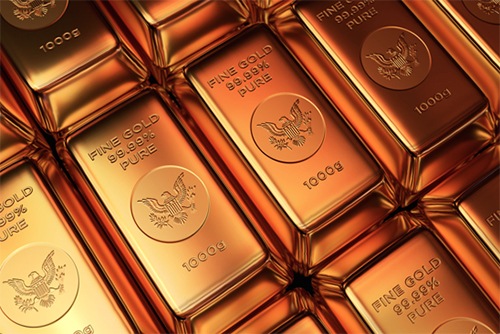 The recent announcement that federal authorities have returned nearly $12 million in recovered losses to more than 1,000 victims of an elaborate fraud scheme represents still another cautionary reminder that all that glitters is not gold.

For nearly seven years, Goldfinger Coin & Bullion operated a website that purported to provide an easy way for customers to invest in precious metals. Users could buy, hold, and transfer gold and silver on the California company’s online platform, e-Bullion.com, and convert their holdings to cash at ATMs around the world. With gold’s market value steadily rising, the operation seemed like a lucrative bet.

But as investigators discovered in 2008, the company was doing much more than trading in precious metals. Without a license, Goldfinger was operating almost solely as a money-transmitter, earning owners Jim and Pamela Fayed millions from fees on users’ transactions. The e-Bullion website touted no fees for establishing or funding an account, but there was a cost for converting virtual holdings back into real money. FBI and IRS investigators determined that about $35 million per month funneled through Goldfinger and e-Bullion at the company’s height, and very little of it came from trading precious metals.

“That’s how we knew it wasn’t a gold dealer,” said Special Agent Maura Kelley, who worked in the FBI’s Ventura County office (before retiring last year) and investigated the case jointly with the IRS and the U.S. Attorney’s Office for the Central District of California. “Typically, if you’re a gold dealer, you buy it and you hold it. You don’t buy and sell, because there’s no money to be made. There should have been a lot of money coming in and little going out, unless it was to buy gold. And that wasn’t happening.”

Instead, investigators said, e-Bullion—with more than one million users—was reaping huge profits on transaction fees, mostly related to illegal activities like Ponzi schemes (see sidebar). Had the company been properly licensed, it would have had to comply with strict reporting requirements, such as filing suspicious activity reports on sketchy transactions and so-called high-yield investment programs. Not only was the company circumventing the rules, it was scooping up money left behind in e-Bullion accounts when the Ponzi schemes collapsed and the operators disappeared.

“He just pocketed the money from all these high-yield investment programs after they ran,” Kelley said, referring to Jim Fayed. “And the money continued to come in because the word didn’t get out right away that they weren’t paying. And people were still investing.”

The FBI and IRS shut down the company in 2008 following the murder of co-founder Pamela Fayed and the subsequent arrest of Jim Fayed, who had hired the hitmen who killed her. He is currently on death row in California.

Investigators spent months following the digital money trail and tracking down the company’s gold holdings in Los Angeles and Perth, Australia. Last year, the government returned $1.8 million to more than 300 victims of one particular illegal scheme called Kum Ventures that was run through e-Bullion. In November, $11.7 million in civilly forfeited proceeds was distributed back to victims in the U.S., Canada, and Australia. Another $12 million in precious metals in Australia that belonged to Fayed is pending repatriation to the U.S. to be returned to e-Bullion victims.

Kelley spent nearly 30 years working white-collar crime cases for the FBI, including many like the Ponzi schemes that led back to e-Bullion. Ponzi schemes—named for an early practitioner, Charles Ponzi—appear in different forms, but they always make the same promise of quick returns. And they always end with a crash.

“They take the money and run,” Kelley said. “They don’t look back.”

This type of fraud is named after Charles Ponzi (seen left in 1920) of Boston, Massachusetts. In the early 1900s, Ponzi launched a scheme that guaranteed investors a 50 percent return on their investment in postal coupons. Although he was able to pay his initial backers, the scheme dissolved when he was unable to pay later investors.

In this three-part series, FBI.gov looks at how cooperative efforts are yielding mutual benefits in the fight against transnational gangs.