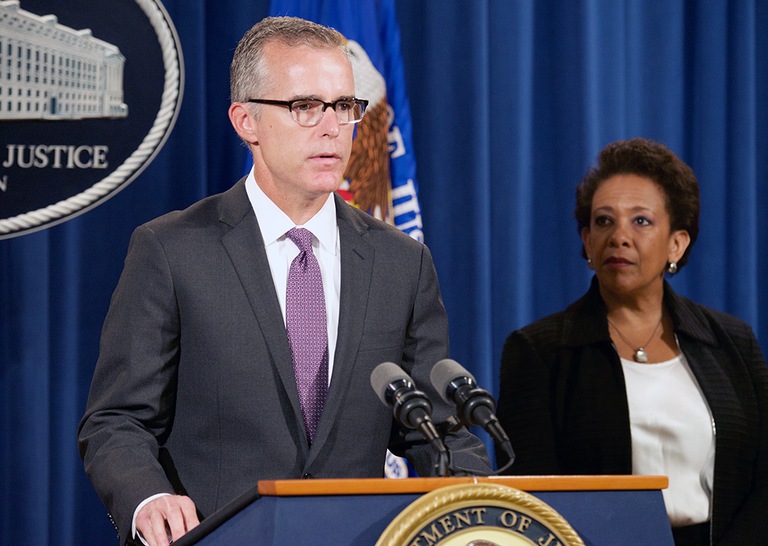 Agreements by Citicorp, JPMorgan Chase & Co., Barclays PLC, The Royal Bank of Scotland plc, and UBS AG to plead guilty to felony charges were announced today by the FBI, the Department of Justice, and the Commodity Futures Trading Commission during a press conference in Washington, D.C.

Four of the banks—Citicorp, JPMorgan, Barclays, and RBS—have agreed to plead guilty to conspiracy to manipulate the price of U.S. dollars and euros exchanged in the foreign currency exchange spot market and will pay criminal fines totaling $2.5 billion. According to Assistant Attorney General Bill Baer, “The dollar-euro spot market is as big as it gets. Every day, about $500 billion worth of dollars and euros are traded in this market. Trading on the dollar-euro spot market is five times larger than all U.S. stock exchanges combined.”

The fifth bank, UBS, agreed to plead guilty and pay a $203 million criminal penalty for breaching the non-prosecutive agreement it had previously entered regarding manipulation of the London Interbank Offer Rate (LIBOR), a benchmark interest rate used worldwide.

The investigation, conducted by the FBI’s Washington Field Office (WFO), uncovered illegal activity that began as early as December 2007. Currency traders from four of the banks—self-described members of “The Cartel”—used an exclusive electronic chat room and coded language to manipulate exchange rates. The result of their actions inflated the banks’ profits while harming countless consumers, investors, and institutions around the globe. Said WFO’s Assistant Director in Charge Andrew McCabe, “This investigation represents another step in the FBI’s ongoing efforts to find and stop those responsible for complex financial schemes for their own personal benefit.”

In addition to paying large criminal fines, all five banks have agreed to a three-year period of corporate probation which, if approved by the court, will require regular reporting to authorities. The banks will continue cooperating in the ongoing investigation, and the plea agreements don’t preclude the prosecution of individuals for related misconduct.

The case, said U.S. Attorney General Loretta Lynch, serves as a reminder that the U.S. government intends to “vigorously prosecute all those who tilt the economic system in their favor, who subvert our marketplaces, and who enrich themselves at the expense of American consumers.”

FBI announces a reboot of its popular Child ID App.