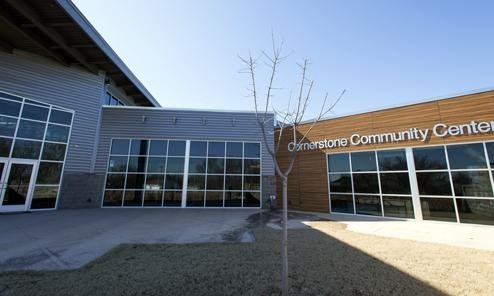 The Cornerstone Community Center in Tulsa, Oklahoma sits largely empty due to the embezzlement of nearly $1 million in funds meant for the project by the pastor who helped establish it.

The long-time pastor of the Greater Cornerstone Baptist Church in Tulsa, Oklahoma was recently sentenced to 37 months in prison for embezzling close to $1 million from a community center he helped establish to aid the church’s struggling neighborhood.

Willard Leonard Jones essentially had an “open checkbook” for the church and community center accounts, said Special Agent Kevin Legleiter, who investigated the case with Forensic Accountant Janetta Maxwell from the FBI’s Oklahoma City Division. The two have partnered on financial fraud investigations for 20 years, and after following the paper trail in this case, there was no doubt of the reverend’s criminal activity.

“People trusted him and assumed he was doing the right thing,” Legleiter said. Instead, Jones used approximately $933,000 of community center money for his personal benefit—to pay his mortgage, buy luxury items like a Rolex watch, and to live a lavish lifestyle that included gambling and expensive hotel accommodations.

In 2004, Jones had the idea to build a community center not far from his church in a disadvantaged West Tulsa neighborhood called South Haven. The center would bring health care, a food and clothing bank, and other resources to the community. As the executive director of the Greater Cornerstone Community Development Project, Jones solicited donations from foundations, corporations, churches, and individuals—and raised about $7 million.

In complex financial fraud investigations, FBI agents have an invaluable resource—the Bureau’s core of forensic accountants. These highly trained professionals are located in all 56 field offices and are experts at following the money.

The relationship between agents and forensic accountants “is a vital partnership,” said Special Agent Kevin Legleiter, who relied on Forensic Accountant Janetta Maxwell in the Willard Leonard Jones investigation and has partnered with her for two decades in other financial fraud investigations.

The Bureau’s forensic accounting program was established in 2009 to advance the FBI’s financial investigative capabilities. There are more than 500 forensic accountants in the program, and nearly half are certified public accountants. Many have additional training such as being certified fraud examiners.

“It was his vision,” Maxwell said. “He started the project and raised funds for it.” But as the money came in, Jones began transferring funds from community center bank accounts to church bank accounts—and then transferred funds into his personal accounts.

After the center was completed in 2012, Jones went to the board of directors and said he needed more money. Surprised by the lack of funds, the board sought an audit and learned about center funds being transferred into church accounts. Jones said he did that to get a tax exempt status for some of the contractors. When the board asked to audit the church accounts, Jones refused, and the board filed a police report.

The FBI was asked to assist in the investigation. Legleiter and Maxwell began a painstaking look at the financial transactions involved over a six-year period. In one account alone, Maxwell said, there were 10,000 entries that needed to be analyzed.

In 2013, Jones was charged federally with three counts of wire fraud and one count of filing a false tax return. Federal charges were brought because in the process of transferring funds from the center to the church and then to his own accounts, the funds were routed electronically through another state.

“When there is an interstate wire transfer that involves fraud,” Legleiter explained, “the FBI has jurisdiction over that. We also partnered with the IRS because if, in fact, Jones received money that he didn’t claim on his taxes, that would be a tax violation.”

Ultimately, Jones admitted that from 2007 to 2013, he misappropriated the funds and also failed to report nearly $400,000 to the IRS. He was sentenced to prison in January.

Legleiter and Maxwell said a lack of internal controls on the part of the church and the community center enabled the embezzlement to go on for so long. Today, the community center—a beautiful facility that sits in the shadow of the Greater Cornerstone Baptist Church—is largely empty because there are no funds to operate it.