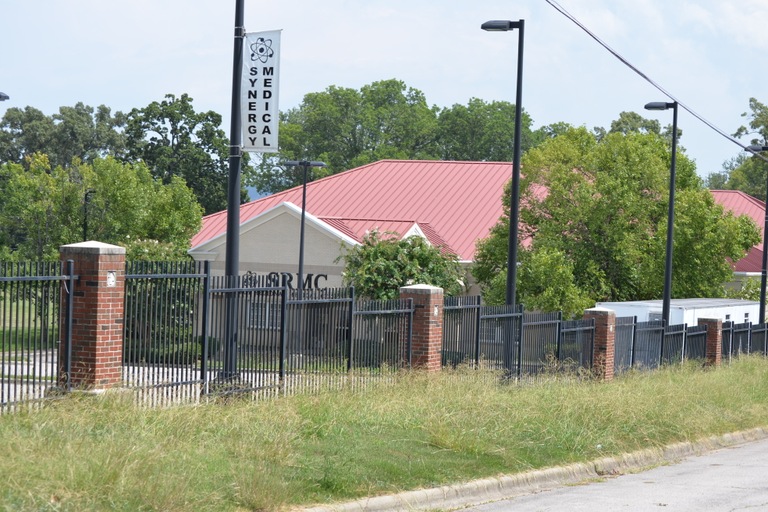 Jonathan Dunning used clinic money to buy this now-shuttered facility, titled the building in his company's name, and charged about $20,000 a month in rent.

The staff of two non-profit health care clinics diligently worked to offer critical medical care and services to the most vulnerable residents—young and old—of the Birmingham, Alabama, region. And to carry out its operations, the clinics received funds from a federal program specifically designed to offer a community safety net for the uninsured, the poor, the homeless, migrant and seasonal farm workers, and public housing residents.

But enter Jonathan Dunning, former CEO of both non-profits who—while working for the clinics and even after he left—orchestrated and carried out a seven-year criminal scheme to defraud the clinics and the federal government out of more than $16 million. The scheme severely affected the quality of care that clinic patients received.

After a joint federal investigation into his activities, Dunning was eventually convicted on nearly 100 counts of fraud and money laundering-related charges and was recently sentenced to a federal prison term of 18 years. He was also ordered to pay $13.5 million in restitution to the entities he defrauded, in addition to an order of forfeiture that divested him of any interest in real property he obtained through his criminal scheme.

The FBI portion of the investigation began in 2011 when the Birmingham FBI Field Office received an allegation that former CEO Dunning was taking money from the two clinics through seemingly illegal contracts with the group of for-profit businesses he had created. Our investigator soon learned that the Department of Health and Human Services Office of the Inspector General (HHS-OIG) had recently opened up its own investigation into Dunning after receiving similar allegations, so both agencies joined forces. An agent from the Internal Revenue Service-Criminal Investigation Division (IRS-CID) rounded out the team.

As a result of the investigation, law enforcement learned that Dunning had begun his scheme to skim some of the federal funds earmarked for the clinics while serving as their CEO, and he was able to continue the scheme even after he left and formed his own businesses, known collectively as Synergy companies. Dunning selected the men who replaced him as CEO for each clinic and was able to steer a variety of contracts to his own companies.

The investigation was extensive—FBI forensic accountants painstakingly examined the clinics’ and a related credit union’s accounting records. Investigators reviewed Dunning’s personal financials and the records of his for-profit businesses, as well as his electronic communications. They also interviewed over a hundred witnesses, including Dunning’s former employees from the clinics, persons affiliated with Synergy companies, and bankers associated with real estate transactions.

And investigators also found Dunning living a lavish lifestyle that had been funded by his fraud. Dunning was living large up until the moment of his arrest, which occurred in a luxury hotel room.

What was the impact of Dunning’s actions on the clinics he formerly oversaw? It was significant. Less money going to patient care meant that a number of doctors and other staff members had to be let go over time, aging equipment wasn’t replaced, and much-needed maintenance on the buildings went undone.

Eventually, as a result of Dunning’s actions, one of the health clinics had to close, leaving one less facility in Alabama to care for its most vulnerable residents. But the second clinic remains open for business, although it has changed its name.

Upon Dunning’s October 2016 sentencing, FBI Birmingham Special Agent in Charge Roger Stanton said, “Stealing money away from programs that provided health care to poor and homeless people in order to live lavishly is an abominable crime. The FBI and its law enforcement partners are committed to joining forces and putting in the hours, and years if necessary, to stop this kind of crime.”

“The FBI and its law enforcement partners are committed to joining forces and putting in the hours, and years if necessary, to stop this kind of crime.”

A 1940 operation in Rockefeller Center was the FBI’s first attempt to set up a long-term cover company for the nation’s first civilian foreign intelligence service.