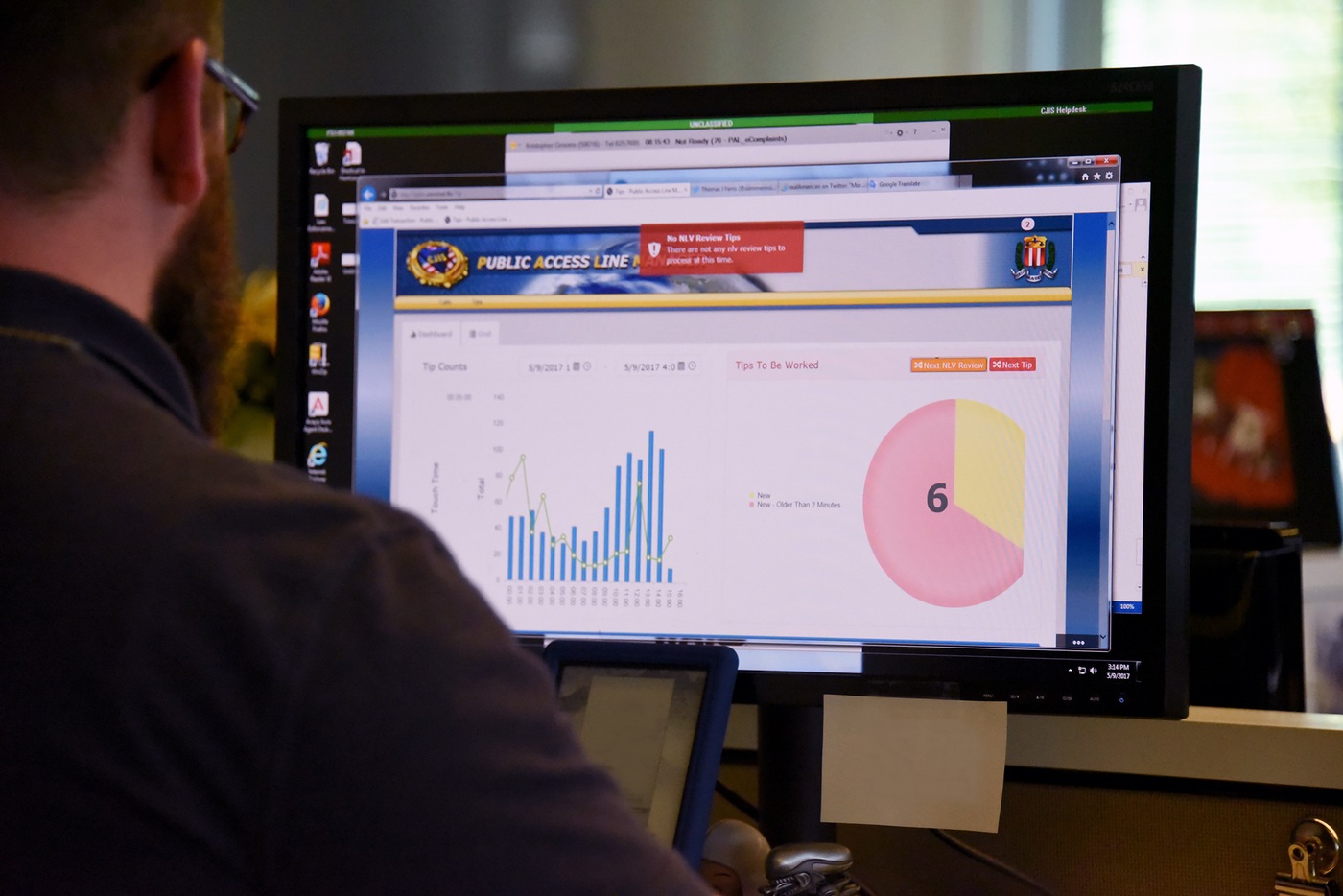 Customer service representatives from the Public Access Line help to streamline investigations by providing thousands of actionable leads and tips to the field each day.

On April 16, 2013, the FBI’s Public Access Line call center was on high alert. Just 24 hours earlier, two homemade bombs detonated near the finish line of the annual Boston Marathon, killing three people and injuring hundreds of runners and spectators. Customer service representatives fielded scores of calls from eyewitnesses with information that could help the FBI and local law enforcement track down the bombers.

Less than a year after opening its doors, the Bureau’s central contact center for all the calls and public leads made to the FBI’s 56 field offices was playing a key role in a major investigation.

Since 2012, the Public Access Line has received more than two million calls that have resulted in thousands of actionable tips and leads for special agents and intelligence analysts. The unit, which is part of the Bureau’s Criminal Justice Information Services (CJIS) Division in Clarksburg, West Virginia, was established five years ago this month.

Whether it’s a tip on a missing child, a bomb threat, or financial fraud, the access line is responsible for receiving and vetting information from the public, then disseminating it to the field. In addition to the Boston Marathon bombing in 2013, the unit has been essential in other major events—like the mass shootings in San Bernardino, California, in 2015 and at the Pulse Nightclub in Orlando, Florida, in 2016. For major cases such as these, the FBI uses a dedicated tip line—1-800-CALL-FBI—as a primary means to collect nationwide leads and tips.

“Over the past five years, we’ve assisted in numerous cases that have led to arrests and the capturing of fugitives,” said a supervisory special agent with the Public Access Line unit. “The work we do saves time for agents so they can continue to conduct their investigative work.”

Prior to 2012, field offices handled their own calls, which placed a heavy burden on Bureau resources. The access line was born out of the necessity to streamline investigations by centralizing how public information is gathered. Today, the unit vets every tip and complaint that is made to FBI field offices. And it doesn’t stop at a phone call. Customer service representatives also assist with online leads that are captured through the FBI’s web portal, tips.fbi.gov.

“We’re the voice of the FBI,” said a lead customer service representative with the Public Access Line unit. “The access line is on the front line serving a very important role for the Bureau. We’re building those initial relationships with the public so information can get out into the field in a timely manner.”

So far this fiscal year, Public Access Line personnel have answered more than 617,000 calls and processed in excess of 611,000 online tips. Their efforts have saved countless hours of investigative work for FBI field offices.

Currently, the unit has more than 150 members on its staff fielding public leads and tips 24 hours a day, seven days a week. Representatives are not only trained to gather integral information to aid in potential investigations, they’re also taught essential listening and communication skills. This level of training is especially important during times when public assistance is needed the most.

“When something devastating happens, we’re here,” said a customer service representative with the access center. “We impact the public more so than a lot of people would imagine.”

After 25 years, the murder of 21-year-old Tammy Zywicki remains unsolved, but the FBI and the Illinois State Police believe new techniques for testing DNA may help reveal the killer’s identity.

A well-regarded estate planner with impressive training and credentials was sentenced to a decade behind bars for betraying her clients and defrauding them out of millions of dollars.