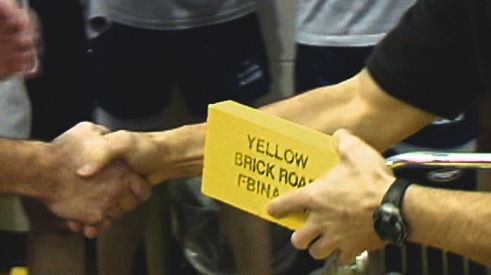 “I have made some true friends for life,” said Kenneth Armstrong, detective chief inspector of the Strathclyde Police in Glasgow, Scotland, referring to his classmates from the 10-week program held at the FBI’s training facility in Quantico, Virginia.

Established in 1935, the National Academy provides advanced investigative, management, and fitness training to senior officers who are proven leaders within their organizations. In addition to undergraduate and graduate-level college courses offered in areas such as law, behavioral and forensic science, understanding terrorism and terrorists, and leadership development, students forge lasting connections that strengthen global law enforcement partnerships.

“If you’re a National Academy graduate,” said Special Agent Greg Cappetta, chief of the National Academy Unit at Quantico, “it doesn’t matter where you go in the world—someone there has gone through the program and will be ready to help you.”

To date, more than 46,000 men and women have graduated from the program, and more than 28,500 are still active in law enforcement work. The 250th graduating class, consisting of 264 officers, came from 49 U.S. states and 24 countries.

“The amount of knowledge is so vast among National Academy students that there is pretty much no law enforcement problem that can’t be solved,” Cappetta tells classes when they first arrive at Quantico. “Whatever problem you might be having in your police department, there is someone in the session who has gone through the same thing.”

Michael Connolly, a captain in the San Francisco Police Department who graduated with this most recent class, agreed. “Now I have nearly 270 new resources,” he said, “colleagues and friends who can help me solve the next problem, or maybe I can help them.”

Robert Ferrari, a lieutenant with the San Juan County Sheriff’s Office in Farmington, New Mexico, added, “Being from a small town in New Mexico, I was feeling that some of the issues in my organization—tight budgets, management challenges—were just our issues. But then you come here and find out that a guy from halfway across the world in Africa is having the same problems. The National Academy gives you the ability to network with all these people,” Ferrari said. “This experience has given me a lot of encouragement as a leader.”

The program also emphasizes physical fitness, and students train with academy fitness instructors during their 10 weeks at Quantico to tackle the “Yellow Brick Road,” a grueling 6.1 mile run and obstacle course. Upon completion of the course they receive a yellow brick to signify their accomplishment.

“Law enforcement only succeeds if we build global partnerships,” Kevin Perkins, the FBI’s associate deputy director, told this session’s graduates. “With every brick you earned here,” he said, “we are building that foundation.”

“Everybody who has participated in the National Academy, whether current students or past graduates—we all have an extreme sense of pride about being affiliated with the FBI,” Connolly said. “We aren’t agents, but we are now part of the fabric of the FBI. I think that’s important, that we have something tangible that connects us to the FBI.”

Resources:
- More about the National Academy

The Hoover Legacy, 40 Years After: Part 5

It’s 50 years ago today, a warm morning in late September 1962. The 67-year-old J. Edgar Hoover—who by then had served as FBI Director for 38 years—woke up, showered, and dressed.