Getting Ahead of Crime 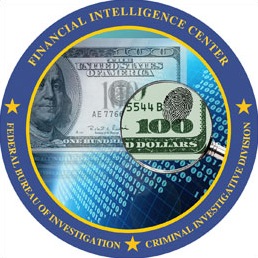 Investigating financial crime is like working a puzzle—you have to fit all of the pieces of information together in order to see the entire picture. The FBI’s Financial Intelligence Center in Washington, D.C. does just that, linking disparate pieces of data to give our field investigators a clearer picture of possible criminal activity in their regions.

The center was established in the fall of 2009 in response to the financial crisis at that time—its mission was to identify potential investigative targets engaged in mortgage fraud. Because of its success, the center’s focus expanded to include other types of financial crimes, like securities/commodities fraud, health care fraud, money laundering, fraud against the government, and even public corruption (which usually involves financial wrongdoing of some sort).

The center is staffed primarily by intelligence analysts and staff operations specialists. Their first order of business is to review large datasets that come from the FBI, other law enforcement and regulatory agencies, consumer complaint websites, etc. Computer programs cull out data with common themes (i.e., similar scams, similar names). That data is researched and analyzed to help further identify potential subjects and/or activity, and the results are organized using spreadsheets and link analysis to draw connections among all the key players. If there is good reason to believe that criminal activity exists, the results are summarized in an intelligence package and sent to the appropriate field office.

During fiscal year 2011, FBI offices opened dozens of investigations based on the center’s intelligence packages.

Current initiatives. In response to some of the most serious financial crimes, the Financial Intelligence Center is working on a number of specific initiatives, such as:

Although the center’s primary mission is to identify those who may have thus far escaped the law enforcement lens, it also uses its tools and expertise to enhance current investigations that feature large numbers of subjects and multiple FBI offices.

Of course, we don’t do this alone—we work closely with our partners. As a matter of fact, our analysts are currently or will soon be embedded in the Office of the Special Inspector General for the Troubled Asset Relief Program, the SEC, the Internal Revenue Service, the FTC, and the CMS…to expand even further the pool of data that can be used by all to uncover financial crime.

The bottom line of the FBI’s Financial Intelligence Center: to work proactively to help identify the nation’s most egregious criminal enterprises.

Shawn Henry realized a lifelong dream when he became a special agent in 1989. Since then, he has traveled the world for investigations and become one of the FBI’s most senior executives and its top official on cyber crime.