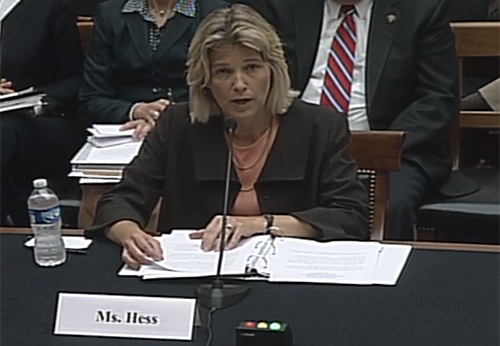 Rapid DNA technology, according to Hess, describes the fully automated (hands-free) process of taking a CODIS-compatible DNA sample from a suspect at a police booking station and quickly running the sample through CODIS while the suspect is still in custody. Since the current Federal DNA Act requires that DNA records in the national database be generated by an accredited laboratory—a process which often takes weeks or months—statutory authorization for the use of FBI-approved Rapid DNA instruments by criminal justice agencies would be needed before the DNA records generated at police booking stations could be searched.

Hess discussed the benefits of Rapid DNA technology, among them the eventual real-time (within two hours) notification of an arrestee’s DNA hit to an unsolved case, which is expected to conserve valuable investigative resources and focus them on specific arrestees. “Equally as important,” she added, “will be the protection of the public when perpetrators are identified at the point of collection before being released back into their communities at the completion of the normal booking process.”

More than 240 arrested, charged with $712 million in false Medicare billings.