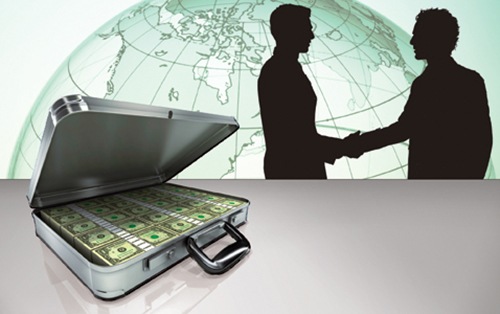 Alstom’s specific crimes? Violating the U.S. Foreign Corrupt Practices Act (FCPA) for more than a decade by paying bribes to government officials around the world—falsifying its books and records in the process—in connection with power, grid, and transportation projects for state-owned entities.

The FCPA, passed in 1977, makes it illegal for U.S. companies, U.S. persons, and foreign corporations with certain U.S. ties to bribe foreign officials to obtain or retain business overseas. And we take these crimes very seriously—foreign bribery has the ability to impact U.S. financial markets, economic growth, and national security. It also breaks down the international free market system by promoting anti-competitive behavior and, ultimately, makes consumers pay more.

We’re seeing that foreign bribery incidents are increasingly tied to a type of government corruption known as kleptocracy, which is when foreign officials steal from their own government treasuries at the expense of their citizens. (See sidebar for more on kleptocracy). And that’s basically what these foreign officials are doing when they accept bribes in their official capability for personal gain, sometimes using the U.S. banking system to hide and/or launder their criminal proceeds.

The FBI—in conjunction with the Department of Justice’s (DOJ) Fraud Section—recently announced another weapon in the battle against foreign bribery and kleptocracy-related criminal activity: the establishment of three dedicated international corruption squads, based in New York City, Los Angeles, and Washington, D.C.

Special Agent George McEachern, who heads up our International Corruption Unit at FBI Headquarters, explains that the squads were created to address the national and international implications of corruption. “The FCPA allows us to target the supply side of corruption—the entities giving the bribes,” he said. “Kleptocracy cases allow us to address the demand side—the corrupt officials and their illicit financial assets. By placing both threats under one squad, we anticipate that an investigation into one of these criminal activities could potentially generate an investigation into the other.”

Corruption cases in general are tough to investigate because much of the actual criminal activity is hidden from view. But international corruption cases are even tougher because the criminal activity usually takes place outside of the U.S. However, members of these three squads—agents, analysts, and other professional staff—have a great deal of experience investigating white-collar crimes and, in particular, following the money trail in these crimes. And they’ll have at their disposal a number of investigative tools the Bureau uses so successfully in other areas—like financial analysis, court-authorized wiretaps, undercover operations, informants, and sources.

Partnerships with our overseas law enforcement counterparts—facilitated by our network of legal attaché offices situated strategically around the world—are an important part of our investigative arsenal. The FBI also takes part in a number of international working groups, including the Foreign Bribery Task Force, to share information with our partners and help strengthen investigative efforts everywhere. And we coordinate with DOJ’s Fraud Section—which criminally prosecutes FCPA violators—and the Securities and Exchange Commission—which uses civil actions to go after U.S. companies engaging in foreign bribery.

Our new squads will help keep the Bureau at the forefront of U.S. and global law enforcement efforts to battle international corruption and kleptocracy.

Last year, the Department of Justice announced it had forfeited more than $480 million in corruption proceeds hidden in bank accounts around the world by former Nigerian dictator Sani Abacha and his associates. It was the largest forfeiture ever obtained through a kleptocracy action.

And earlier this month, DOJ announced a settlement of its civil forfeiture cases against $1.2 million in assets traceable to corruption proceeds from Chun Doo Hwan, former president of the Republic of Korea. DOJ also assisted in recovering an additional $27.5 million to satisfy an outstanding criminal restitution order against the former president.

A kleptocracy—loosely translated from Greek as “rule by thieves”—is a form of political or government corruption involving officials who steal from their government treasuries to enrich their own personal wealth.

Both cases mentioned above were opened under DOJ’s Kleptocracy Asset Recovery Initiative, which—in coordination with the FBI and other federal agencies—seeks to forfeit the proceeds of corruption by foreign officials and, where appropriate, use the recovered assets to benefit the people harmed by the acts of corruption. Both cases, investigated by the FBI, are prime examples of kleptocracy-related criminal activity: Through bribes and other schemes, these “kleptocrats” stole money from their own governments and used the U.S. banking system, among others, to launder the funds.

In addition to impacting the U.S. economic sector, kleptocracy and international corruption have national security implications. According to Special Agent Jeffrey Sallet, chief of the FBI’s Public Corruption/Civil Rights Section, “Corruption leads to lack of confidence in government. Lack of confidence in government leads to failed states. And failed states lead to terror and national security issues.”

How does the FBI get its kleptocracy cases? We may open cases on the same foreign officials we identify in our Foreign Corrupt Practices Act investigations. In addition, our foreign law enforcement partners and/or new leaders in certain parts of the world often seek U.S. assistance in identifying and recovering government assets stolen by previous corrupt regimes.