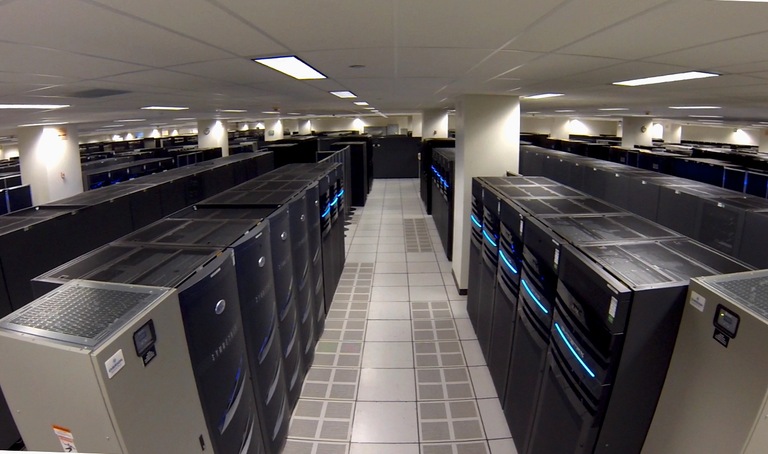 The data center at the Criminal Justice Information Services Division in West Virginia is home to the Next Generation Identification system, or NGI.

Agencies searching the FBI’s criminal history record database for matches to their subjects are getting faster and more accurate responses—the result of the Bureau’s 10-year effort to improve its ability to provide law enforcement partners with timely, high-quality identification.

Earlier this month, the FBI announced the Next Generation Identification system, or NGI, is now at full operational capability. The system replaced the Integrated Automated Fingerprint Identification System (IAFIS), the Bureau’s longstanding repository for fingerprints. NGI’s incremental roll-out, which began in 2010, has already seen significant improvements in accuracy rates on queries, the result of new high-tech tools and algorithms that more effectively search more than 100 million records. Fingerprint matches are now better than 99 percent accurate, and hits on latent prints (prints lifted from crime scenes, for example) have tripled from 27 percent accuracy in the old IAFIS system to more than 81 percent today.

“NGI gives us this opportunity to not only upgrade and enhance technology that we’ve been using for years, but it also lets us leverage new technology that can help us do our jobs better,” said Steve Morris, assistant director of the FBI’s Criminal Justice Information Services (CJIS) Division, which runs NGI.

Enhancements under NGI include the following:

In safeguarding privacy and protecting the public’s rights and civil liberties, NGI is subject to the same extensive security protections, access limitations, and quality control standards already in existence for IAFIS. A thorough privacy impact assessment is completed and submitted to DOJ for each enhancement under NGI.

The facial recognition system is not connected to the Internet or social networks or your local Department of Motor Vehicles. “Facial recognition doesn’t mean that we somehow now have this ability to go out and start collecting video feeds,” Morris said. “That’s not what this is about. It’s a technology that allows us to digitally compare criminal mug shot photos that we have in our database against one another.”

For more than 18,000 law enforcement agencies and partners—and their constituents—upgrading to NGI means increased accuracy and improved, faster intelligence. “Not only are we providing a better, more accurate technology, but we’re able to provide all these better services more efficiently,” Morris said.

The expanded capabilities of Next Generation Identification (NGI) have reduced the margin of error in identifying criminals. NGI’s biometric modalities include not only fingerprints, but also palm prints, mug shots, and scars that, when combined, can present a compelling case. Steve Morris, assistant director of CJIS, said NGI is not a new FBI authority; rather it is a tool that takes advantage of new technologies.

“We’re leveraging technology that is not only increasing the accuracy of these things, but when you combine them—a fingerprint that is 99-plus percent reliable and a facial image—you are almost providing virtual certainty.

“Right now people may say that 99 percent is pretty good. Why do we need better than that? Well, I guess that’s okay unless you’re that one guy in a 100 that the system made a wrong identification on. To be able to close that 1 percent gap—to 99.99 percent, because we’ve now added a photograph—the chances of the two systems misidentifying that person are exponentially less.”