A Case of Corporate Greed 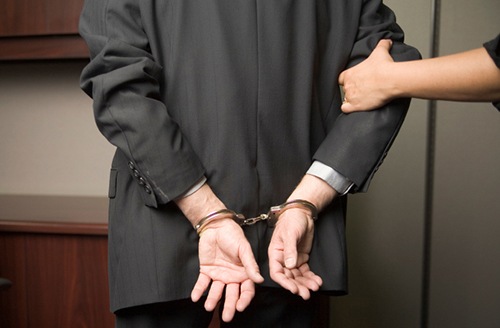 “For years, the CEO and the CFO cooked the books to meet and exceed Wall Street’s expectations,” said Special Agent Duncan Edwards, one of several agents who worked the investigation out of our San Antonio Division. “It was only a matter of time before their crimes caught up to them.”

Baker and Gluk were engaged in a sophisticated fraud scheme known in business circles as channel stuffing. “You get your distributors to buy more product than they need so the company’s sales and revenue appear to be greater than they actually are,” explained Special Agent Stephen Callender. “They were creating sales on paper that didn’t exist in reality.”

Beginning in 2005 and continuing until 2009, Baker orchestrated a series of end-of-quarter transactions involving distributors who willingly received more of ArthroCare’s product—a specialized needle used in back surgeries known as a spine wand—than they expected to sell.

The distributors agreed to stock their shelves with the extra devices because ArthroCare made it profitable to do so. Distributors were given a fee for taking extra product or given generous terms to pay for the devices. Some were told they could return the spine wands at no cost if they didn’t sell.

This long-running misrepresentation of sales gave ArthroCare the appearance of significant growth, and its stock price climbed—even as Baker lied to investors and analysts about ArthroCare’s relationships with its distributors.

“The CEO was digging the company into a bigger and bigger hole to maintain the stock’s inflated price,” Callender said. At one point, the company bought one of its distributors in an effort to sidestep regulatory reporting requirements.

But the fraud was getting too big to control, and in July 2008, amid public speculation of the channel stuffing scheme, the company announced it would restate previously reported financial results as a result of an internal investigation. The price of ArthroCare shares plummeted, resulting in an immediate loss in shareholder value of more than $400 million, and total losses of more than $750 million.

“There were countless victims in this case,” said Special Agent Robert Cochrane, “including individual investors, banks, and large investment funds.”

The FBI opened a case in 2011. Over the next three years, investigators combed through tens of thousands of paper and electronic records and documents; they also crisscrossed the country interviewing distributors, investors, and other individuals. In June 2014, after a four-week trial in Texas, a federal jury convicted Baker and Gluk.

“This scheme of betrayal and deceit was carried out by the defendants without regard to the deep-reaching and irreparable harm their actions caused to thousands of victims,” said Chris Combs, special agent in charge the San Antonio Division. “Many of the victims will never recover from the financial ruin caused by the defendants’ greed.”

Special Agent Tom Hetrick, another agent who worked on the investigation, noted that the lengthy prison terms given to the CEO and CFO should send a clear signal: “No matter what your title or position, no one is above the law. This type of corporate fraud is unacceptable.”

Wine dealer sentenced to 10 years in prison for selling $30 million worth of counterfeit wine.