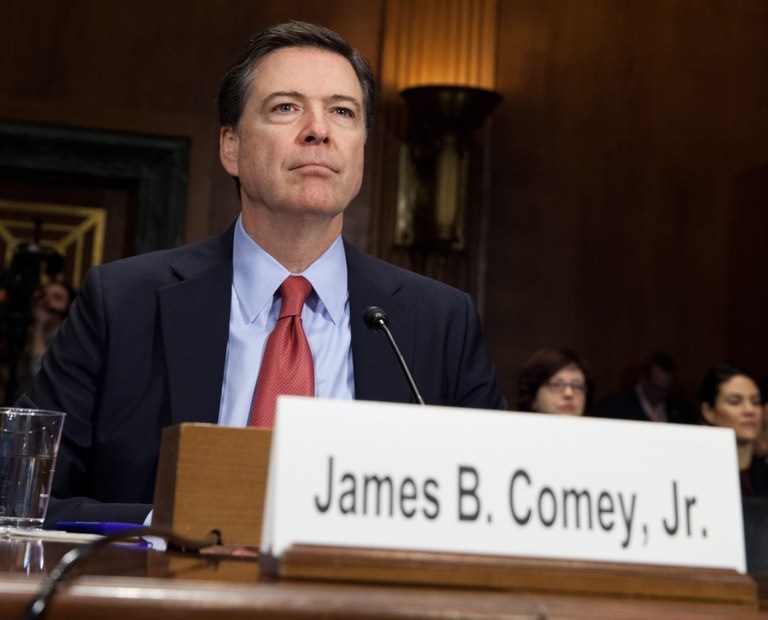 This morning, Director James Comey met with members of the U.S. Senate Judiciary Committee to discuss the FBI’s programs and priorities for the coming year. He referenced the recent shootings in San Bernardino and the attacks in Paris to demonstrate the diverse threats posed to national security, the economy, and our communities and to underscore the complexity and breadth of the FBI’s mission. In his statement, Comey updated committee members on a variety of Bureau priorities, starting with terrorism—its top investigative priority—and “Going Dark,” the challenge faced by law enforcement when dealing with terrorists and criminals who use encrypted technology. He also discussed the latest counterintelligence threats, including the growing scope of the insider threat; the proliferation of cyber-based or cyber-facilitated activity across nearly every national security and criminal area that falls under FBI jurisdiction; and the most egregious criminal threats that the FBI investigates, including public corruption, civil rights abuses, health care fraud, violent crime, transnational organized crime, and crimes against children.

This afternoon, Criminal Investigative Division Assistant Director Joseph Campbell testified before the U.S. House of Representatives Committee on Oversight and Government Reform about online gambling and the potential criminal activity that could accompany it. Campbell said that the FBI and the Department of Justice take the issue of illegal gambling—which includes online gambling—very seriously and have carefully used their limited resources to focus their investigations and prosecutions of Internet gambling on those groups engaged in the most egregious criminal conduct. Often times, this includes criminal conduct tied to organized crime groups like La Cosa Nostra, activity that is part of a larger criminal scheme, and/or activity that includes locating at least part of the gambling operation within the U.S. According to Campbell, online casinos—just like physical casinos—are potentially susceptible to criminal schemes and money laundering because of the possibility of criminals concealing their identity, location, and actual gambling activity.

Men sentenced for attempting to buy kidnapped women to serve as sex and domestic slaves.

In December 2005, the FBI initiated the takedown of a domestic terrorism group tied to more than 40 criminal acts and causing more than $45 million in damages.