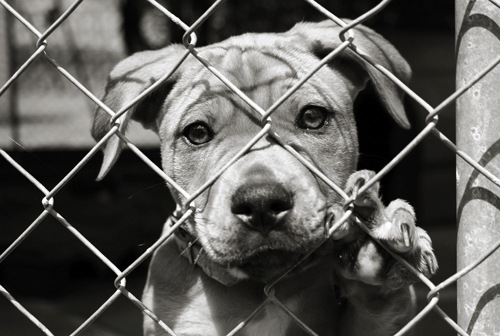 In 2011, our Mobile Field Office had received some disturbing reports about a possible high-stakes dog fighting and gambling enterprise based in Alabama with activities spanning several nearby states. So in April of that year, the Bureau—in conjunction with our law enforcement partners in those states—opened an investigation.

By August 2013, this broad and coordinated investigative effort—which involved sophisticated techniques like court-authorized wiretaps and confidential sources—had led to the indictment and arrest of 10 individuals on federal dog fighting and gambling charges. Several others were subsequently charged.

A key figure in this group of co-conspirators—Donnie Anderson—recently pled guilty in the case. In addition, nine others involved have pled guilty thus far.

In his plea agreement, Anderson admitted to organizing and holding dog fights—mostly in the Auburn, Alabama area—from 2009 to 2013, as well as charging spectators an entrance fee of between $100 to $150 (although owners of dogs fighting at that particular event got in for free). He also said that dog owners and spectators were betting on the outcome of the fights, putting up a total of anywhere between $20,000 and $200,000 per fight. And, Anderson admitted to not only hosting the fights but—along with his co-conspirators—buying, selling, transporting, housing, and training the dogs used in the fights.

Dogs involved in these matches are treated very poorly—they are neglected and abused, living primarily in cages or in chains without adequate food and water. During training, they’re taught to attack live bait (often times stolen pets like cats, rabbits, and small dogs). After a fight, the losing dog is often killed.

And dog fighting (as well as cock fighting) is usually always accompanied by other illegal activities, like gambling, illegal firearms activity, and drug trafficking. During the August 2013 takedown of Donnie Anderson’s operation, law enforcement personnel seized guns, illegal drugs, drugs used to treat and train dogs, and more than $500,000 in cash.

Along with the round-up of Anderson and his co-conspirators on that day, 367 dogs were rescued with the assistance of the American Society for the Prevention of Cruelty to Animals and the Humane Society of the United States. Most of the recovered dogs were in pretty bad shape, with plenty of evidence showing they had been subjected to fighting activities. But after medical treatment and rehabilitation, many of the dogs have been or are in the process of being placed into loving homes.

Federal enforcement of dog fighting activities in general got a boost in 2007 when the Animal Fighting Prohibition Enforcement Act—which targeted individuals directly involved in fighting activities—was passed. This law prohibits the interstate trafficking of animals that will be used for fighting and also strengthens imprisonment penalties.

But a word of warning to spectators at these events—this past February, a new federal provision made it a crime to knowingly attend an animal fighting event and to knowingly bring a child under the age of 16 to such an event.

In recognition of their actions that led to the rescue of hundreds of mistreated dogs, two FBI agents and a former agent—along with an Auburn Police Department detective and the U.S. Attorney and Assistant U.S. Attorney for the Middle District of Alabama—were all recently recognized with an award from the Humane Society.

Fifty years after the tumultuous summer of ‘64, a look at the creation of our Jackson Division.