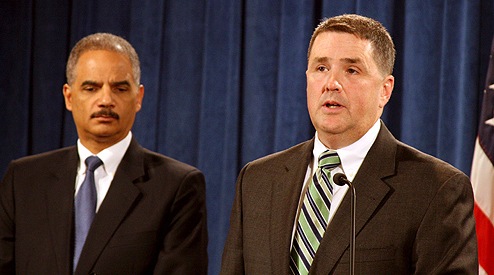 PLEASE NOTE: The information below inadvertently reflects inaccurate figures. An extensive review of the reported cases concluded that, contrary to the figures contained in the initial announcement, the initiative resulted in 107 criminal defendants charged in U.S. District Courts across the country. These cases involved more than 17,185 homeowner victims and total losses by those victims estimated by law enforcement at more than $95 million. In federal civil actions involving distressed homeowner victims, the Justice Department’s U.S. Trustee Program, the Federal Trade Commission and the Consumer Financial Protection Bureau (CFPB), protectors of the nation’s bankruptcy laws and federal consumer laws, filed cases against 128 defendants in federal cases across the country, with at least 19,198 victims identified and losses estimated at more than $54 million.

The discrepancy occurred due to the fact that the original figures included in the Distressed Homeowner Initiative materials included not only criminal defendants who had been charged in fiscal year 2012, but also a number of defendants who were the subject of other prosecutive actions—such as a conviction or sentencing—in fiscal year 2012. In addition, the announcement included a number of defendants who were charged in mortgage fraud cases in which the victim(s) did not fit the narrow definition of “distressed homeowner” that the initiative targeted.

Talk about going from bad to worse—more than 4,000 financially strapped homeowners recently lost at least $7 million to a California business that allegedly operated a loan modification scam. Last month, 11 representatives of that company were federally indicted, but by that time, many of the victims had already lost their homes.

Today, to help protect distressed homeowners around the country from a rising tide of fraud schemes—and to raise awareness about them—the FBI joined the Department of Justice, the Department of Housing and Urban Development, and the Federal Trade Commission (FTC) in announcing the results of the Distressed Homeowner Initiative. This initiative was launched by the Bureau—co-chair of the Financial Fraud Enforcement Task Force’s Mortgage Fraud Working Group—in October 2011. 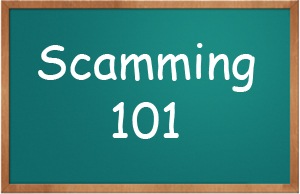 Excerpts of instruction letter from a distressed homeowner fraud perpetrator to a new employee:

“Never use your real last name.”

“Make an effort to not meet with customers. I built a huge business without ever meeting a single customer because I explained everything over the phone and e-mailed or faxed everything.”

“Pay cash for everything or purchase [prepaid] gift cards.”

“Purchase a prepaid phone and then go online and create an account with an alias name and address.”

“Purchase an inexpensive laptop and set up a fictitious e-mail account.”

“Do not use your home Internet. I heard that [company name] is offering wireless cards for laptops and you don’t need your real name or address to get it. You can also find out who has free Wi-Fi in your area.”

“The bottom line is that I want you to become invisible…Be available but invisible…I don’t want your customers hunting you down in case we can’t stop their sales.”

This initiative combines the resources of federal, state, and local law enforcement agencies and the efforts of regulatory agencies to target perpetrators both criminally and civilly. Criminal charges were filed against 530 defendants nationwide, and these cases involved more than 73,000 victims and total financial losses of more than $1 billion.

Said Associate Deputy Director Kevin Perkins, “In contrast with previous initiatives, where the fraud victims primarily were lenders, the focus here is on individual homeowners, many times at their most vulnerable point.”

And with current mortgage data showing that 22.3 percent of residential properties with mortgages are “underwater”—when borrowers owe more than their homes are worth—we believe that fraudsters will certainly continue to target distressed homeowners.

We’ve also noticed a disturbing trend among these cases—an increasing number of lawyers playing primary or secondary roles in the fraud. In 2010, the FTC issued a rule that prohibited companies that offer loan modification or other types of mortgage assistance services from asking for fees in advance (some states have similar regulations), but with an exemption in some instances for lawyers performing legal work. Criminals targeting distressed homeowners try to circumvent the rules by using attorneys—which by itself adds an air of legitimacy to their fraudulent schemes—and calling their upfront fees “legal retainers.”

The FBI’s Financial Intelligence Center played a critical role at the outset of the initiative by reviewing and analyzing thousands of consumer complaints referred to us by our partners at the FTC, which helped identify where high-priority offenders were operating and allowed us to strategically deploy our investigative resources. The analysis of information from our partner agencies and from our own investigations will continue to be a vital part of our efforts to protect homeowners. The FBI also remains committed to targeting the most egregious criminal offenders with sophisticated investigative techniques—like undercover operations and court-authorized electronic surveillance—and through joint efforts with our law enforcement and regulatory partners.

If you have been victimized by those who claimed they could get you some kind of mortgage relief but didn’t, please submit a tip to us online or contact your local FBI office.

The FBI recently investigated a white powder letter incident in Alaska with the help of a partner law enforcement agency. “It took our partners two days to get to the place where the white powder letter was,” said Mary Frances Rook, special agent in charge of our Anchorage Field Office, “because they had to take a ferry and a plane and an all-terrain vehicle to get to the school where the letter had been sent.”