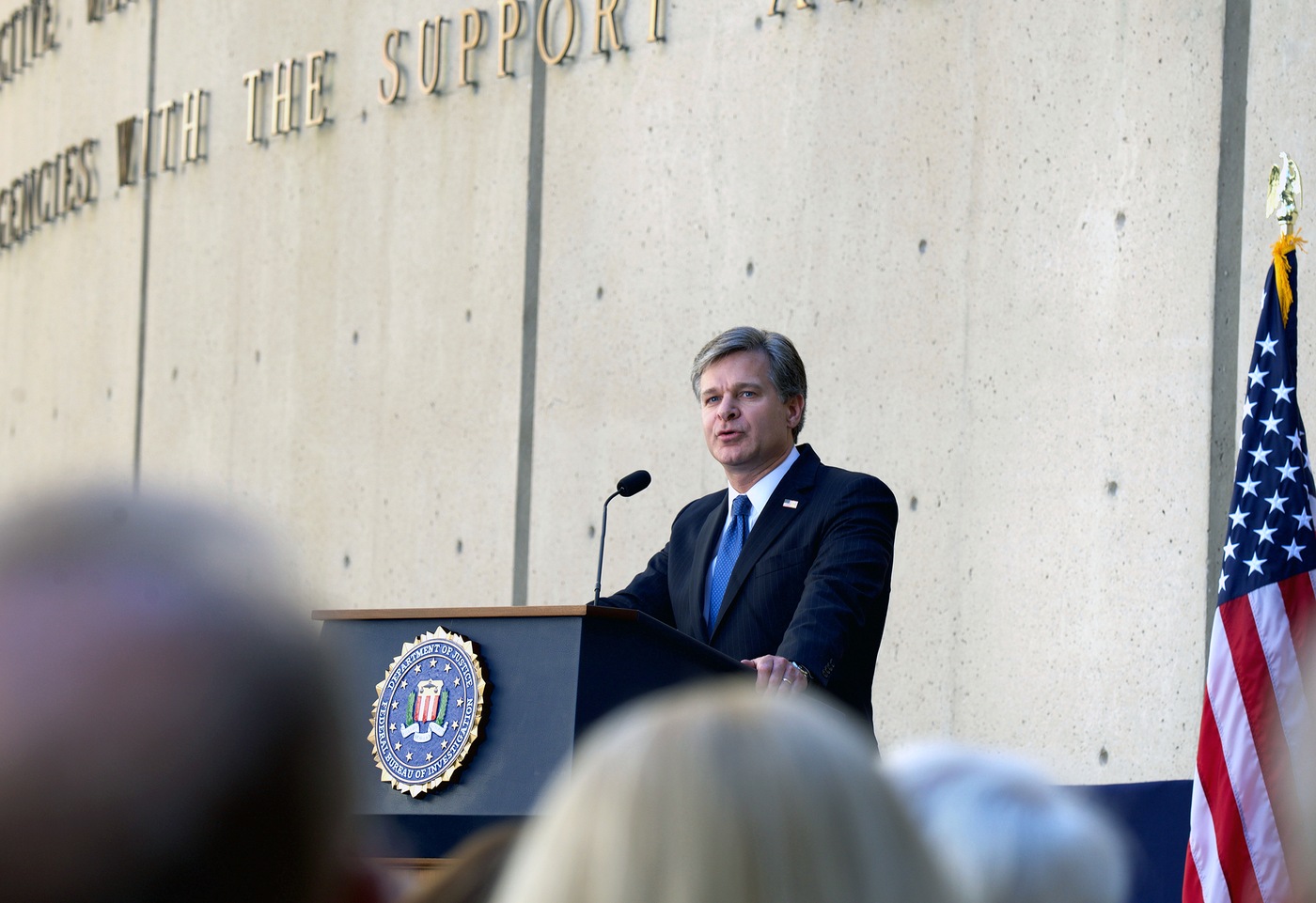 Director Christopher Wray addresses the audience during his formal installation ceremony at FBI Headquarters on September 28, 2017.

During Christopher Wray’s formal installation ceremony at FBI Headquarters in Washington, D.C., today, Attorney General Jeff Sessions called the new Director a “great leader” and “one that is right for the time.”

“Leading such a critical organization as the FBI where violent crime, national security, public corruption are key responsibilities, and when technology presents even more new challenges every day, it requires qualities of intelligence, integrity, objectivity, and most of all, I think, good judgment,” Sessions said. “Director Wray meets that test in full. His judgment and integrity will always lead him.”

Wray, a former U.S. attorney and assistant attorney general in the Justice Department’s Criminal Division, was formally sworn in August 2, 2017 in a private ceremony. Today’s event publicly marked the beginning of Wray’s tenure, with hundreds of FBI employees, current and former federal officials, and other dignitaries in the audience. 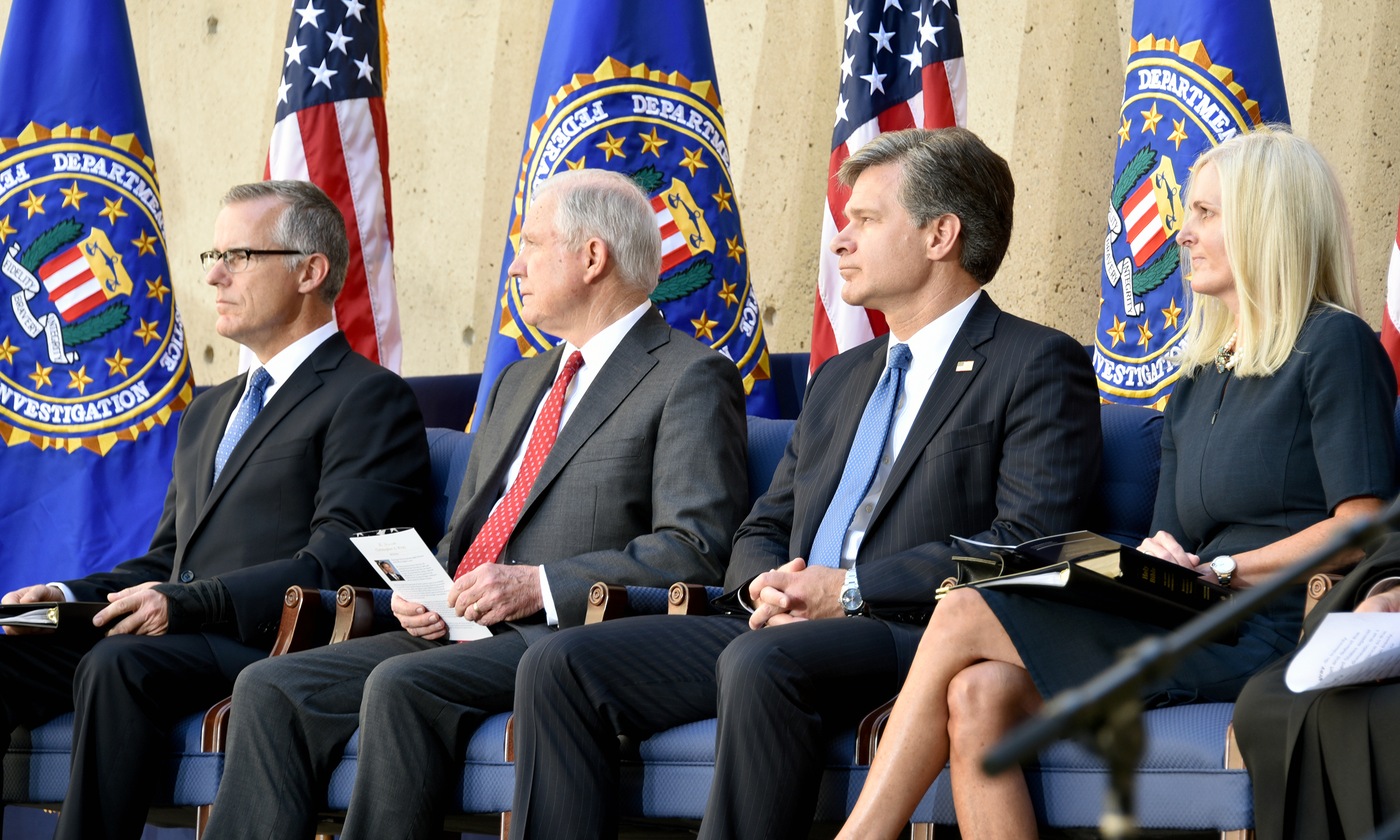 In his remarks, Wray pledged to uphold the “simple, yet profound” mission of the FBI: to protect the American people and uphold the Constitution of the United States.

“That mission hasn’t changed, and it won’t change, not as long as I have anything to say about it. We’re going to abide by the rule of law and our core values,” Wray said. “We’re going to follow the facts independently, no matter where they lead and no matter who likes it. And we’re going to always, always pursue justice.”

Wray thanked the FBI’s workforce and commended their “drive and passion for service.” He recalled his previous interactions with the FBI in his prosecutorial career and said he was excited to lead the organization. He also noted how much the threats to the country have evolved in recent years and vowed that the FBI will continue to adapt to be one step ahead of them.

“The threats we face are significant, and the premium on vigilance doesn’t stop,” Wray said. “I am determined to do the very best I can to put the FBI in the best position to meet those threats and to make this extraordinary institution even better and even stronger.”