FBI Director James Comey is continuing to urge police agencies and their constituents—particularly in communities of color—to take steps to better understand one another to help stem what he sees as a growing disconnect.

“I imagine two lines,” Comey said Thursday during a forum at Cuyahoga Community College in Cleveland, Ohio that included local law enforcement, community leaders, prosecutors, and high school students. “One [line] is us in law enforcement and the other is the folks we serve and protect. And I think those two lines are arcing away from each other.” 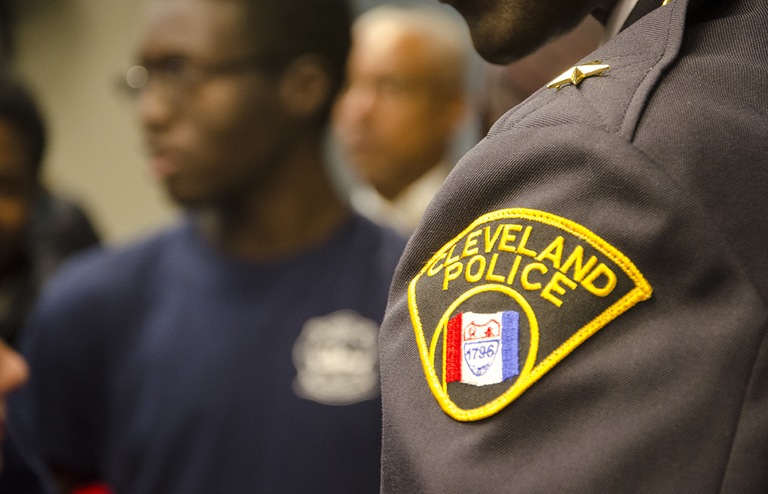 At the time, Comey suggested his remarks were only the beginning of a broader and much-needed exchange on the subject. “These are only conversations in the true sense of that word if we are willing not only to talk but to listen, too.”

In the months since then, the Director has continued to talk on the subject and FBI field offices around the country have reached out to their own communities to further that conversation as well.

“I’m here because I think Cleveland is a place of great pain that is in a way illustrative of that crisis of those bending arcs,” Comey said.

It was in Cleveland that a 12-year-old African-American boy, Tamir Rice, was fatally shot by a police officer while holding a pellet gun in November 2014. The city is implementing a federal agreement following a Department of Justice determination last year that city police officers too often used excessive force and violated people’s civil rights. A provision of the settlement is to better train officers in community engagement.

During the question-and-answer-style forum, moderated by FBI Cleveland Special Agent in Charge Stephen Anthony, the panelists agreed that a major step forward would be for police to get out of their cars and get better acquainted with people in their communities. But the hard work has to be shared, they said.

“For law enforcement to be successful—to make a better community—we need your help,” Sheriff Pinkney told attendees, including some 40 young students seated in the front rows. “We need your support, whether it’s publicly or anonymously—we need you to be a part of this team.”

“It’s simply understanding that it’s hard to hate up close,” Comey said. “We must see each other more clearly.”

In the audience, Ryan Hurley, a humanities teacher at St. Martin de Porres High School, listened with interest, alongside a dozen of his students.

“We’re having this conversation in our classes, we’re having this conversation in our school because it’s important,” Hurley said following the event. “I think the big takeaway is that it’s sort of a shared responsibility. And they’re okay taking on that responsibility if they feel like they have trust in the people at the top.”

After the forum, Hurley asked students what they thought.

“Their first response was, ‘They seem a lot different here than they do on the news.’”

Cleveland Police Chief Williams was optimistic that things were beginning to change. His department, along with the FBI, recently held a “Safety in Your Sanctuary” program for about 40 local clergy members. Another recent community event focused on police use of force.

The Director said Cleveland was an ideal location to continue the discussion of race and law enforcement. “This is a place of tremendous promise,” he said. “Given the quality of the leadership you have here and the folks here in this room, you actually have the best chance of arcing those lines back together and showing this country how it can be done.”

Our latest report shows that 96 officers were killed in the line of duty last year.

Cyber Tip: Be Vigilant with Your Internet of Things (IoT) Devices