The Citizens Academy—one of the FBI’s most successful community outreach programs—is designed to give civic, business, and religious leaders around the country a firsthand look at how the Bureau investigates crimes and deals with national security threats.

More than 18,000 people have graduated from the program, and many then join one of the 60 non-profit alumni associations nationwide whose mission is to support the FBI through volunteer community action. Last week in San Francisco, at the alumni group’s annual leadership conference, Director James Comey commended participants for their efforts.

“You are part of a community that includes all of us inside the FBI and a lot of people who are doing community service outside the FBI,” Comey said, describing alumni association members as indispensible to the Bureau.

“Everything the FBI tries to accomplish depends upon the American people believing us, trusting us, and seeing us for what I believe we are—honest, competent, and independent,” he explained. “The problem we face is that most people don’t get a clear look at us. Most people see us only as what they see on TV and in the movies.”

Through the Bureau’s community outreach efforts, Comey said, “We work hard to get people to try and know us, and there is nothing as important in that effort as the Citizens Academy. We invite in leaders from all walks of life, and we say, ‘Take a look at us, form your own conclusions, and then participate in conversations about us with the American people.’”

Tammy Denbo is a case in point. Despite being a former assistant state attorney near Tampa Bay, Florida, Denbo said, “I had no idea about the inner workings of the FBI and how the organization works to keep the country safe. I found the Citizens Academy to be an incredibly rewarding experience.” 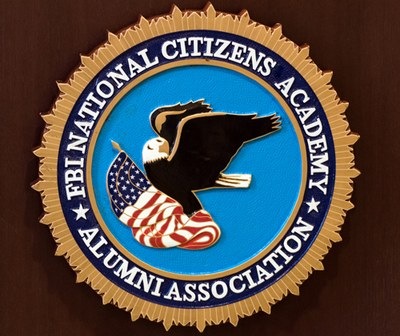 After she graduated from the program, Denbo joined her local alumni association chapter and eventually became its president. At last week’s conference, she was installed as the National Citizens Academy Alumni Association president.

“I wanted to find a way to give back to the FBI for everything they have given to me,” she said, noting that alumni association members reflect the country’s diverse communities and represent a direct conduit between those communities and the FBI.

From a national perspective, the alumni association undertakes initiatives such as distributing child safety information and educating the public about human trafficking. In addition, individual chapters are free to pursue their own projects, depending on the needs of the community.

“We also try to inform people that the FBI is not just coming to knock on the door and make arrests,” she said. “We help people understand that the FBI is actively engaged in trying to prevent crime and making neighborhoods safer.” She added that each of the 60 Citizens Academy Alumni Association chapters are distinct entities from the FBI and receive no taxpayer dollars. Operating funds are raised through sponsorships and dues.

“What you are engaged in is public service,” Comey told the group in San Francisco, “and your commitment is incredibly important to the FBI.” He added, “I just flew all the way across the country for no other reason than to thank you. You are making a tremendous difference for the Bureau and for the entire nation.”