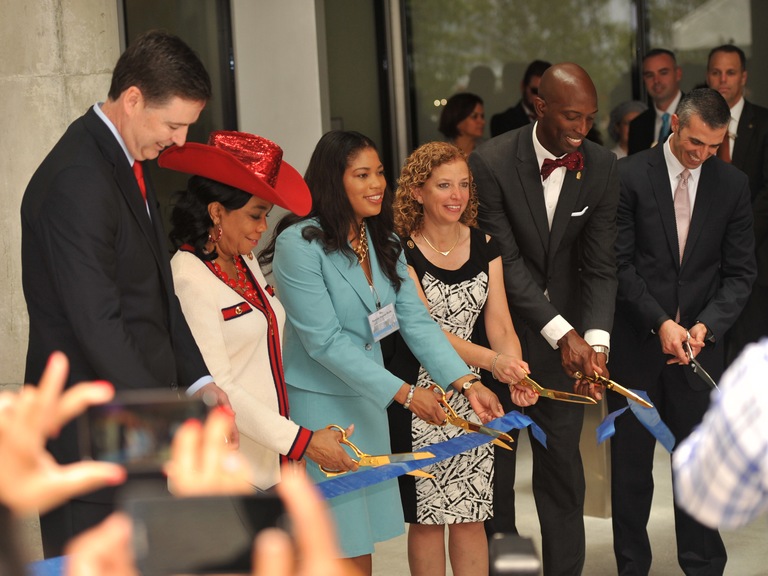 The building was named in honor of Miami FBI Special Agents Benjamin Grogan and Jerry Dove, who were killed nearly three decades ago—on April 11, 1986—during a gunfight with two violent bank robbers in one of the deadliest shootouts in FBI history.

The new facility houses nearly 1,000 FBI employees in a centralized, collaborative, and secure workplace; is LEED Gold certified and incorporates several sustainability features, including an extensive water consumption reduction system and solar panels; preserves a pristine natural habitat; and saves taxpayer dollars. The project, managed by the General Services Administration (GSA), serves as a model of collaboration between the GSA and the Bureau in developing workplace design guidelines for future FBI facilities.

Inside the illegal enterprise of a violent street gang that targeted other criminals.

Coordinated international law enforcement and private-sector cyber effort results in the takedown of a botnet known as Beebone.