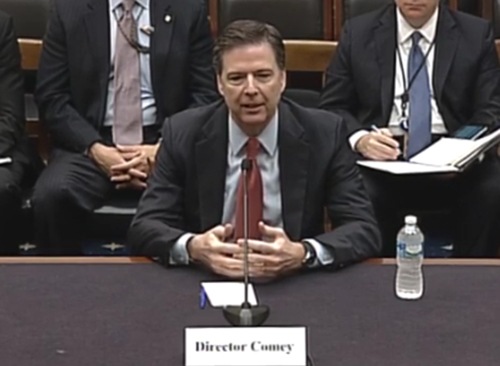 Director James Comey testifies before the House Judiciary Committee at a hearing on October 22, 2015.

FBI Director James Comey, pledging to “be the best possible stewards of the authorities and the funding you have provided for us,” testified today before the U.S. House of Representatives’ Judiciary Committee on current Bureau efforts in a wide variety of priority investigative programs and initiatives.

In his prepared statement, Comey also discussed the FBI’s commitment to countering the threat of nuclear smuggling and other weapons of mass destruction, his continued focus on the Going Dark communications technology gap, ongoing efforts to integrate intelligence and operations, the need for more and better Uniform Crime Reporting data related to officer-involved shootings, and the many state-of-the-art services provided by the FBI Laboratory to our law enforcement, intelligence, military, and forensic science partners.

Cyber Tip: Defense in Depth for the Everyday User

Home users can apply “Defense in Depth” principles to protect their own personal data.