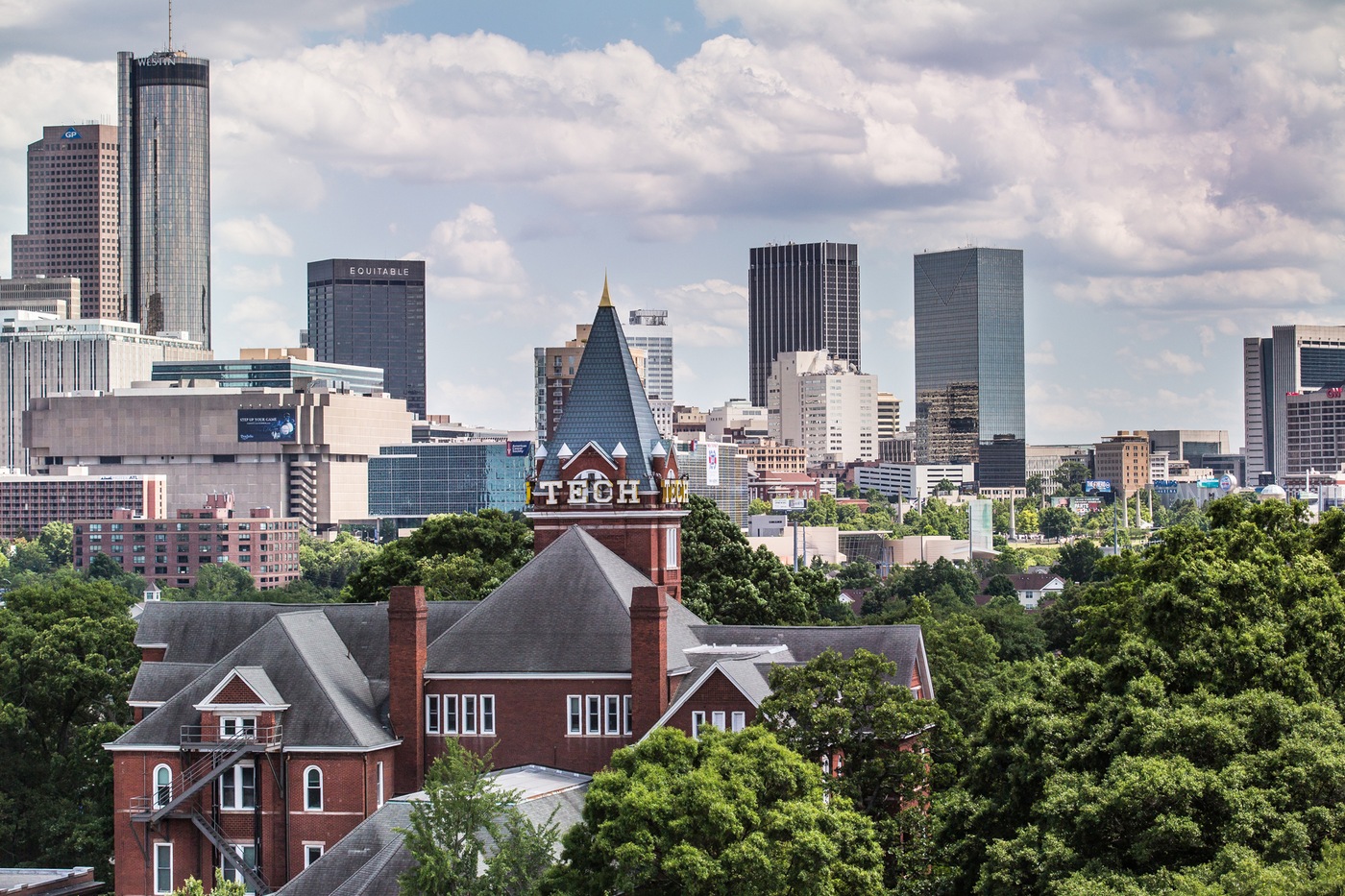 The cooperation and assistance of Georgia Tech was crucial in identifying two online thieves and bringing them to justice. (Photo courtesy of the Georgia Institute of Technology.)

Two men who were citizens of Nigeria, living in Malaysia, and conducting their crimes from behind computers likely assumed they were safe from the reach of American law enforcement when they hacked into university computer systems to steal paychecks and tax returns.

But through strong partnerships with the Georgia Institute of Technology (Georgia Tech), the Department of Justice, and Malaysian authorities, the FBI was able to identify, arrest, and extradite Olayinka Olaniyi and Damilola Soloman Ibiwoye to face charges of conspiracy to commit wire fraud, computer fraud, and aggravated identity theft.

Ibiwoye pleaded guilty and was sentenced to 39 months in prison. Olaniyi was convicted by a federal jury and is spending nearly six years in jail.

The sophisticated operation led by Olaniyi and Ibiwoye, who were living in Kuala Lumpur, specifically targeted U.S. colleges and universities, reported Special Agent Tyson Fowler from the FBI’s Atlanta Field Office. “We found their computer folders with documents showing efforts to phish employees at 130 to 140 schools,” Fowler said. “They would steal a logo and do the work to make it look legitimate.”

The duo sent fraudulent emails to personnel at these institutions in an attempt to gain system credentials. These phishing messages appeared official but they took unsuspecting recipients to fraudulent sites that allowed the criminals to record user names and passwords. Armed with this information, the hackers could then enter the official school systems and use the stolen credentials to reroute employees’ paychecks and access financial documents. Fowler says the hackers were successful in obtaining access at about 20 schools.

When Olaniyi and Ibiwoye infiltrated Georgia Tech, however, the quick action of the university’s information security team was key to uncovering the identity and methods of the criminals and putting an end to their efforts.

“We would not have been able to see what we saw without Georgia Tech’s support. They wanted to be a partner in holding people accountable.”

Fowler said Georgia Tech personnel began getting reports over the Thanksgiving holiday in 2014 that employees had not received paychecks. The university quickly determined their network had been compromised and many employees had their payroll direct deposit information changed. “Georgia Tech reported it to us,” said Fowler. “We were on site the next day.”

Sitting with the network team at Georgia Tech, FBI investigators were able to track and monitor the online movements of the hackers as they used the university’s network to not only carry out their crimes but also to access their personal messaging applications and email accounts.

“By watching them online, we could see 20 people chatting. People from all over the globe,” explained Fowler. “They had ties to many others. Some people were better at the phishing emails; some had bank accounts lined up.”

Fowler said that if the criminals had rerouted employee paychecks to international accounts, it would have immediately raised red flags. For this reason, the scammers needed a ready supply of U.S. bank accounts through which to funnel the stolen pay. They worked with other criminals, who through romance scams or other tactics, had convinced individuals to allow them to use their bank accounts.

The investigative team traced the computers used by the suspects to an Internet Protocol (IP) address in Malaysia. Then, granted search warrants for the suspects’ email accounts, the FBI was able to positively identify the two suspects by name.

With answers to who and where the hackers were, the question then became how to reach them. The United States does not have an extradition treaty with Malaysia, but the FBI’s legal attaché in Kuala Lampur has a strong working relationship with Malaysian authorities. When the FBI in Atlanta identified the hackers, the legal attaché’s office shared the information with the Malaysian Royal Police.

In November 2015, a year after Georgia Tech detected the intrusion, Fowler and another Atlanta-based FBI agent got on a plane to Kuala Lampur.

“I can’t give the Malaysians enough credit,” said Fowler. “They truly wanted to help and they wanted to address the issue.” When the FBI agents provided the Royal Malaysian Police with the IP address they had traced to the Georgia Tech intrusion, the local authorities confirmed that it was registered to the same two suspects the FBI had identified. It also turned out that the two were in Malaysia on expired visas. The Malaysians were able to arrest them for immigration violations.

By that time, the FBI had also uncovered that the payroll diversion was the beginning of a larger scheme: The hackers had also gone after hundreds of W2s and had switched over to fraudulently filing for tax refunds with the stolen documents. In total, they attempted to steal more than $6 million.

With the cooperation of the Malaysians, the FBI issued an arrest warrant for the two men in the United States, which they asked the Malaysian authorities to honor. The Royal Malaysian Police were able to do so by citing the suspects on equivalent local violations.

On a second trip to Malaysia in November 2016, the agents flew back to Atlanta with the suspects in their custody.

Fowler notes that the entry point for the hackers in this case was a common one: human error. “You can have the best security in the world, but then there is the human element.” Fowler stressed that security teams at institutions and corporations should do phishing awareness training and testing for employees and institute two-factor authentication to prevent this kind of intrusion and theft.

The other lesson in this case is that the FBI needs the help of victims. “Come forward,” Fowler emphasized. “We can only catch the criminals when someone reports the crime.” Georgia Tech’s early detection of the breach and willingness to work with law enforcement made a huge difference, according to Fowler. “We would not have been able to see what we saw without Georgia Tech’s support. They wanted to be a partner in holding people accountable.”

A prominent New York gallery owner is spending time behind bars for his role in an elaborate scheme to defraud art dealers and collectors out of millions of dollars.

January marks National Slavery and Human Trafficking Prevention Month, but a recent case illustrates how the FBI works with partners year-round to get traffickers off the streets and help victims rebuild their lives.