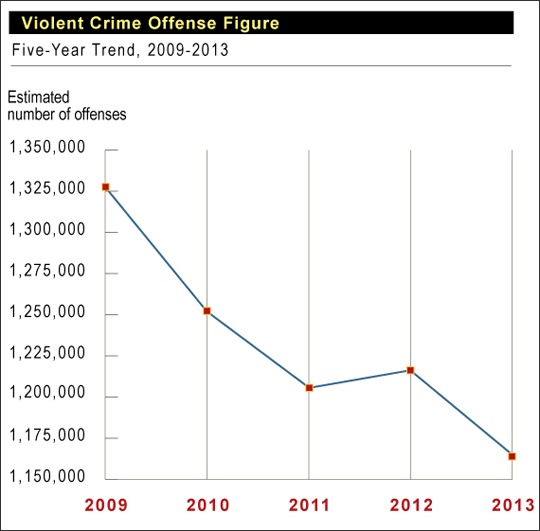 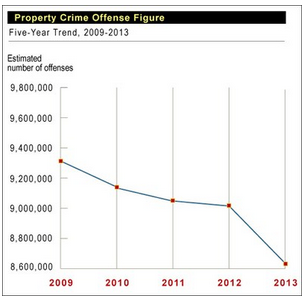 The primary goals of Crime in the United States? To assess and monitor the nature and type of crime in the nation and to generate reliable information for use in law enforcement administration, operations, and management. The data has also been used by criminologists, sociologists, legislators, municipal planners, the media, and other students of criminal justice for research and planning purposes.

But a word of caution: Don’t draw conclusions from the report by making direct comparisons between cities. Valid assessments are only possible with an understanding of various factors affecting each jurisdiction. For more details, read the UCR Statistics: Their Proper Use section.

Beginning in 2013, the UCR Program began collecting rape data under a revised definition. However, not all law enforcement agencies have been able to convert their records management systems to reflect the new definition yet, so this year’s report includes data collected under the previous (or legacy) definition as well as the revised definition. Footnotes for tables in the report indicate which definition of rape is being used. For more information, read the report’s Rape Addendum.

Here are some quick highlights from Crime in the United States, 2013:

UCR publications scheduled for release within the next couple of months include Law Enforcement Officers Killed and Assaulted, 2013; Hate Crimes Statistics, 2013; and National Incident-Based Reporting System, 2013.